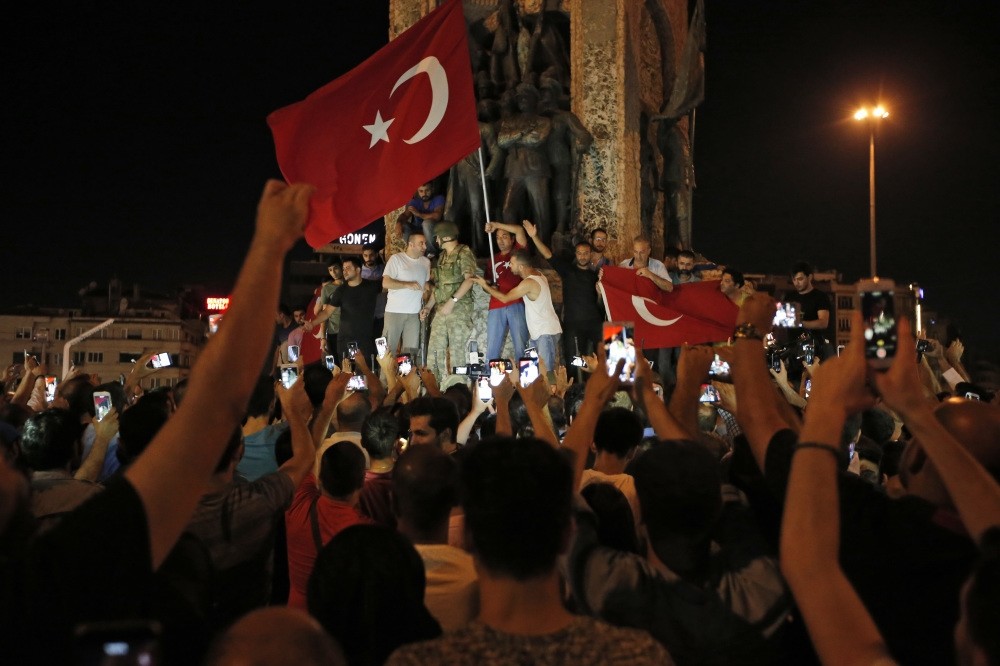 Thanks to brave Turkish people, the strength of the democratic state institutions and leadership of President Recep Tayyip Erdoğan, democracy is restored

Turkey's democracy survived a ruthless coup attempt last night. They bombed our Parliament, attacked the Presidential Palace and Turkish Intelligence HQ, they crushed people with tanks and fired on unarmed civilian protestors but they failed.

Thanks to brave Turkish people, the strength of the democratic state institutions and leadership of President Recep Tayyip Erdoğan, democracy is restored and the Gulenist deep state has been disclosed more than ever. Anyone who claims that there is no such thing as a Gulenist deep state is either an idiot or willingly denying the truth for an agenda.

At this point, I would like to share my experiences on the night of the coup attempt to esteem ethical journalism. I returned to my house as soon as I got the news. I left my two-year-old son to a person whom I trust. With my husband, we headed to the Bosporus Bridge, which was blocked by troops. The road was blocked due to the anti-coup crowd who took to the streets. We marched towards the bridge together. Meanwhile the Gülenist troops were blocking the bridge with tanks. The only thing we could do as unarmed people was to sur

round them, and we managed to do so.They opened fire on us. Everyone leaned towards the ground. When the gunfire was over, the crowd answered saying "Allahu akbar" in unison. Particularly the young men ran towards the troops in a rush shouting "Allah Allah." Then tanks and anti-aircraft guns started to fire on us. Meanwhile, some war jets flew over us very low but the noise was so intense that we at first thought we were being air-bombed. Through the night, we bore witness to the people's resistance. Even though Erdoğan proponents were the majority, the resisting crowd did not solely consist of them. People with various lifestyles and political views also took part in the resistance. While resisting the coup attempters for my country that night, I comprehended in the truest sense of word what the "people" and "homeland" means.

The alarming picture became clear in the morning following that night. Our 161 people were killed, while 1,440 were injured. It is our obligation to punish the coup plotters in the strictest ways as part of the legal order. Not only for Turkey, but for Egypt, Syria, Palestine and other brothers of ours who have been beleaguered by their army.