Are the powers of Parliament eliminated in the constitutional amendments? 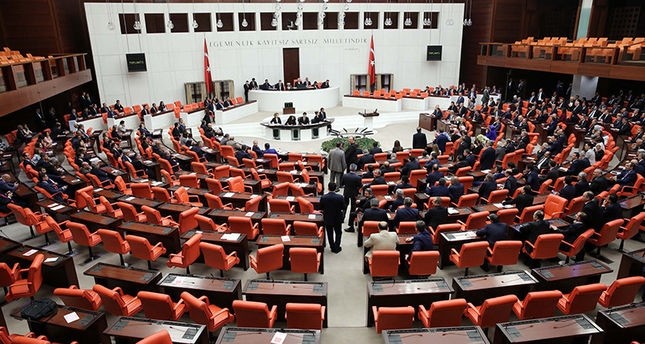 Judging by the foreign media, Turkey seems not to be making a new constitution but fully handing over the Turkish Republic to Recep Tayyip Erdoğan.

Joking aside, reports appearing in the media contain so many aspects needing correction that the effort should start somewhere. First of all, the constitutional amendments being enacted by Parliament are completely in line with the existing legislation and, frankly speaking, proceeding at a painfully slow pace. The constitutional amendment proposal was submitted first to the Parliamentary Constitution Committee, which is formed of representatives from all four parties. It took shape there after lengthy debates and some changes were eventually rejected or amended.

Afterward, it was discussed at the General Assembly of Parliament. Then provisions were voted on individually and accepted in the first round of voting. In the second round of voting today, every provision will be voted individually again and the amendment package will be submitted to popular vote in a referendum if it receives the more than 330 votes required to take it to a referendum. If Turkish people approve it at the ballot box, the amendments will go into effect. In other words, the process proceeds wholly in compliance with the Constitution and democratic practices. Though deputies from the Republican People's Party (CHP) are engaging in various acts of violence including biting or breaking the nose of their colleagues, the second round of voting is expected to go smoothly today. And the referendum is planned to be held in early April.

One of the main arguments of the opposition is that the powers of Parliament are totally eliminated and a new system is being introduced. To evaluate the claim, one needs to look at the role of Parliament both in the current system and the proposed system.

To begin with, Parliament's power to enact, amend or revoke laws is left intact.

In the current system, the president has the right to appoint four members of the Supreme Board of Judges and Prosecutors (HSYK). The proposed amendments keep this as well.

In the current system, Parliament doesn't have the right to appoint members of the HSYK. The proposed amendments allow Parliament to appoint seven members.

The president has to submit the budget at his disposal for Parliament's approval.

In the current system, the president can be prosecuted only on charges of treason with the votes of 367 deputies.

The new system foresees judicial action against the president for every kind of act and with the vote of 360 deputies.

Again, powers ranging from declarations of war to ratification of international agreements belong to Parliament.

The president is not authorized to issue a decree that is contrary to laws passed by Parliament and Parliament can revoke a decree it deems unacceptable through enacting a law against it.

They don't look like powers granted to a parliament in a "dictatorial regime," do they? So, what is the need for the new system? Because, though the president is elected through popular vote and enjoys wide powers in the current system, he doesn't have criminal liability. First of all, this "state of non-liability" should be changed. But equally important is the amendment that makes Parliament devoted solely to legislation and placing the executive branch under the control of the president, who acts independently of Parliament though he is also elected through popular vote, and his cabinet. Turkey was under one-party dictatorship before 1950. In other words, it has had a multiparty system only for 67 years. Yet, it is governed by its 65th government now. And that means a new government nearly for every one and a half years.

The new system rules out coalitions and hence the possibility of drifting into political and economic instability. Besides, since legislative and executive powers will not be intertwined as in the parliamentary system, deplorable acts like parties transferring deputies from other parties by promising ministerial positions will be avoided.

Turkey needs a stable regime while it fights various terrorist organizations and while its neighbors turn into failed states one after another. That we do this by fully adhering to democratic rules deserves a separate credit, even though foreign media outlets suffocate you with false reports.