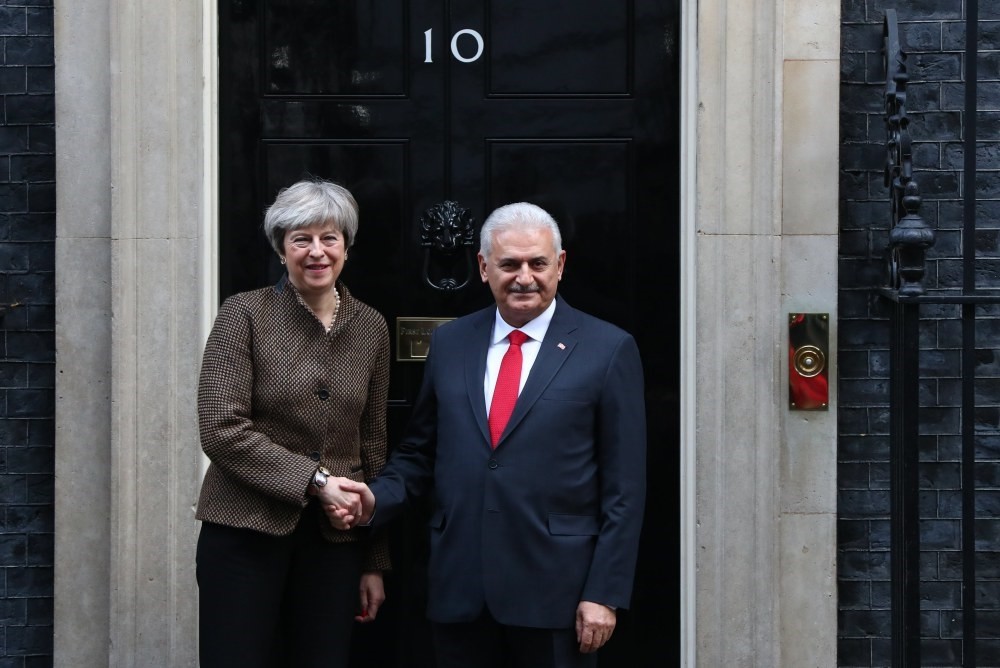 Britain decided, with the referendum held on June 23, 2016, to leave the EU, marking a turning point in the country's history. Three weeks from the referendum, Turkey also experienced a turning point in its history by repelling an atrocious coup attempt in which 249 people were killed. Both incidents constituted breaking points that shaped the subsequent actions and preferences of these countries. Plus, Turkey will never forget that the first foreign senior official to visit Ankara after the coup attempt was British Minister of State for Europe and the Americas Alan Duncan.

Four months after that, British Prime Minister Theresa May paid her second overseas visit to Ankara, after Washington. On the occasion of May's visit, a $125-million agreement was signed with the British defense and aerospace company BAE Systems to make Turkish fighter jets.

Undoubtedly, one of the primary agenda topics favoring Britain's commercial interests is the Iron Silk Road project that will connect London to Beijing. Since Turkey is one of the key agents of the project due to its geopolitical position between Asia and Europe, the interests of Britain and Turkey coincide to a large extent with regard to the protection of Turkey's stability. Also, while the German-British rivalry gained momentum after Brexit and Germany's hostile attitude toward Turkey is evident, it is not surprising that Britain, which always tries to give off a moderate impression, seems much more reasonable.

Furthermore, British Ambassador to Ankara Richard Moore said they know very well that the Gülenist Terror Group (FETÖ) was behind the coup attempt. On another occasion, he said that it is Turkey's sovereign decision to purchase Russian S-400 missile defense systems. When his statements are compared with former U.S. Ambassador to Ankara John Bass's, it is possible to argue that Moore displays an attitude that recognizes the sovereign rights of Turkey and shows sensitivity to its national security. Additionally, former British Foreign Secretary Jack Straw said that, without any question, FETÖ was involved in the coup attempt. This statement was also included in a British parliament Foreign Affairs Committee report, which is significant in terms of officially recognizing the FETÖ threat.

Aside from similar approaches to FETÖ, Britain is also concerned about the relation between the U.S. and the outlawed PKK's Syrian affiliate Democratic Union Party's (PYD) armed People's Protection Units (YPG) in Syria, which is another crucial similarity to Turkey's stance. This concern was proven right when the BBC recently published footage and audio recordings of Daesh militants leaving Raqqa with their families under the supervision of U.S. troops as a result of an agreement between Daesh and the YPG. Once, our greatest complaint about the U.S. was that it never showed enough sensitivity to the subjects posing threats to our national security. But currently, U.S. domestic policy -- the protection of Fetullah Gülen, the case against Reza Zarrab and others -- and foreign policy -- support for the YPG -- have almost become our top national security concern. Indisputably, the U.S. is accountable for the present situation.

In the current picture, Britain might be the only reasonable and strong ally Turkey has in the West. Prime Minister Binali Yıldırım's visit to Britain with four other ministers can be viewed through this lens. It was highlighted after the visit that the strong ties between the two countries must be maintained and further developed.