The significance of Erdoğan's trip to Africa 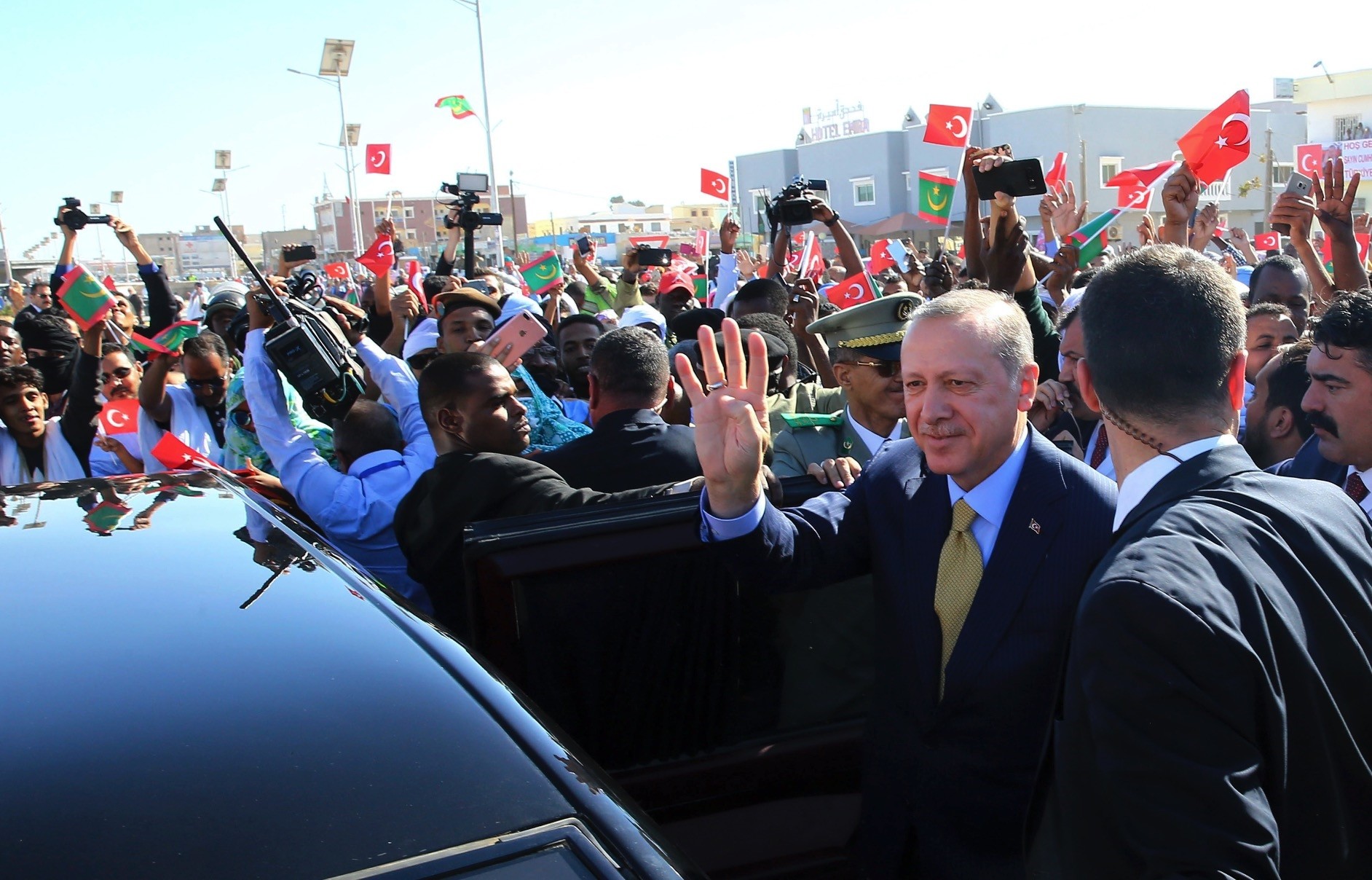 Turkish and Mauritanian security and people surround the car of President Erdou011fan as he waves during a welcoming ceremony at the airport in Nouakchott, Mauritania, Feb. 28.
by Hilal Kaplan Mar 09, 2018 12:00 am

We were in West Africa last week to follow President Recep Tayyip Erdoğan on his trip to Algeria, Mauritania, Senegal and Mali. The fact that the first or second official language in West African countries is still French or that the vast majority of income generated from the natural resources of these countries still flows to the budget of the former colonial countries shows that the effects of colonialism are ongoing. These countries have switched to an independent position from colonial position, however, I observed that they need a period to break away from colonial practices.

During this trip, I saw more clearly that Algeria was the country most struggling to be free from the economic and social influences of the colonial period after gaining independence. As the Algerian National Anthem says, "O France, this is the day of reckoning. Get ready to receive an answer from us!" Algeria was colonized by France for 136 years. Having slaughtered the greatest number of people (about five million) in Algeria, France encountered the harshest resistance from this country. Algeria is a country that made Frantz Fanon into Abraham Fanon and introduced him to anti-colonialist movement.

While Turks inspired anti-colonialist movements in 1920, the Algerian struggle for independence inspired the era in which it took place. Today, Turkey-Algeria ties are stronger than ever. The Ketchaoua Mosque, which functioned as a "store" for archbishops and was turned into a church during the French occupation, has been restored and opened to worship by Turkey during this visit – which is the most beautiful token of this unity of feelings. Algeria has already been imprinted in my heart as a country where I shopped with the Turkish lira for the first time.

Mauritania, known as the country of millions of poets, was the second stop of the trip. While a vast desert surrounds you and there is no water fountain in sight in this beautiful country that combines the Arab Magreb and Sub-Saharan Africa in its own right, you can see devout people who are standing even on the roadside, performing ablutions with bottles of water before the azan is recited and starting to pray as soon as the azan is over.

The influence of the colonial powers is still great in the extraction and marketing of natural resources in Mauritania which officially remained a French colony for 56 years. We were welcomed with the slogans of "Allahu Akbar" and Erdoğan in Mauritania which has been visited by a Turkish president for the first time. Thousands of people who stood along the road were trying to remind us of a long-forgotten fact by waving Turkish flags, instead of Mauritanian flags, with some of making the Rabia sign and others waving hands. I remember I was in tears and praying to Allah to make Turkey worthy of this love.

Our third stop was Senegal where French is still the official language, even after gaining independence, and where 70 percent of the economy is determined by French investors.

Turkey's rapid entry into the Senegalese market occurred with the Limak-Summa consortium which built the Blaise Diagne International Airport. It is expected that the airport, which was opened in December, will turn Senegal into an international transit center within its flight routes.

The Goree Island near to the capital was used as a slave market where the "best" slaves from West Africa were collected and sold to be brought to various European countries. Now this island has been transformed into a center where the history of slavery is told.

Our fourth stop, Mali, is the country of bright-faced peoples where 95 percent of the population is Muslim, but who do not compromise their local features and language. The French influence in Mali, which has Africa's third richest gold mine resources, continues to a great extent. It has been five years since Mali experienced a coup and invited the French military after the Tuareg rebellion was hijacked by Maghreb al-Qaida.

Our relations with Mali have begun in the strictest sense only with the opening of our embassy in February 2010, but it is certain that they will gain momentum with Erdoğan's first official visit. As Erdoğan said during his Parliamentary speech yesterday, "When we see how colorful and fertile Africa is, which was taught to us as "black" [continent] for years, we better understand the mercilessness and unscrupulousness of those who exploit this continent."