Peace in Middle East or war with Iran 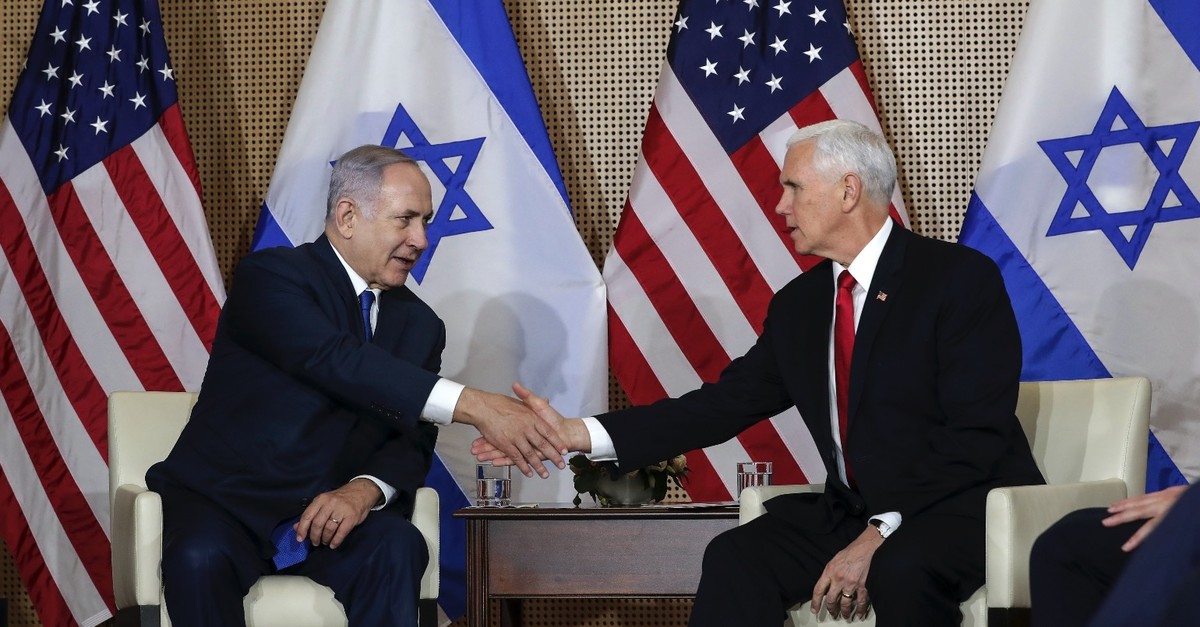 U.S. diplomacy has recently grown even more isolated with the hawkish policies of the present neocon administration. The recent Warsaw summit was the most apparent proof of this yet

The Iranian obsession of the current neocon U.S. government is unfortunately similar to the Iraqi obsession with the George W. Bush administration, which invaded the country in 2003.

It is still fresh in our memories how Bush legitimized the brutal invasion by lying to the world by saying that Saddam Hussein's regime had weapons of mass destruction. Within a short period, his claim turned out to be groundless. Bush's gamble only damaged his political credibility and that of his political partner, then U.K. Prime Minister Tony Blair.

Sadly but surely, the world, however, didn't learn any lessons from the fate of the millions of people who were killed in the region over the last two decades – first in the Iraqi invasion and then with the emergence of notorious terrorist groups like Daesh.

Today, President Donald Trump and his team dismiss most international observers and claim that the Iranian state is close to producing nuclear weapons. As a result, the Trump administration has doubled down on economic sanctions against Iran. The U.S. attempt is seemingly aiming to topple Ayatollah Ali Khamenei and the Iranian regime. However, it is not clear yet whether any military intervention will follow.

On the 40th anniversary of the Iranian Revolution, U.S. National Security Adviser John Bolton released a controversial video, saying that he doesn't think Iran will "have many more anniversaries to enjoy."

Right before the annual Munich Security Conference, the Trump administration organized a summit on "Peace in the Middle East" in the Polish capital Warsaw. Despite the theme of peace, the main topic was actually a war with Iran.

European countries, meanwhile, didn't participate in the U.S.-led summit with their high-ranking officials as it is known that they, for a while, were disturbed by Trump's moves on global economic relations that look only motivated by self-interest. Trump unexpectedly withdrawing from the Iranian nuclear agreement, for example, was against the interests of the EU. Therefore, the U.K., France and Germany, all of which were also a part of the Iranian nuclear agreement, took a step last month that only angered Trump.

The three countries announced that they will maintain trade ties with Tehran by not using the U.S. banking system and the dollar. Economic relations will be carried out via a new measure, called the Instrument in Support of Trade Exchanges (INSTEX), which will allow trade between the EU and Iran without relying on direct financial transactions.

I do not know how such a decision will be implemented or whether it will be effective or not. However, what I know is that these three countries, the three locomotives of Europe, have clearly adopted an anti-U.S. approach.

Since the all European countries, except the U.K., sent low-ranking officials to the Warsaw meeting, the only high-level officials among the participants were U.S. Vice President Mike Pence, Secretary of State Mike Pompeo and Israel's Prime Minister Benjamin Netanyahu.

Netanyahu seemingly didn't care much about their isolated situation in Warsaw as he directly sent a tweet during the gathering saying, "What is important about this meeting – and it is not secret, because there are many of those – is that this an open meeting with representatives of leading Arab countries that are sitting down together with Israel in order to advance the common interest of war with Iran."

The tweet was quickly removed without explanation and sent again after an hour, but the word "war" was this time replaced with "combating."

In a nutshell, the U.S.-led Warsaw summit, organized with the aim to isolate Iran, only proved the isolation of U.S. diplomacy, at least in the case of a war with Iran.