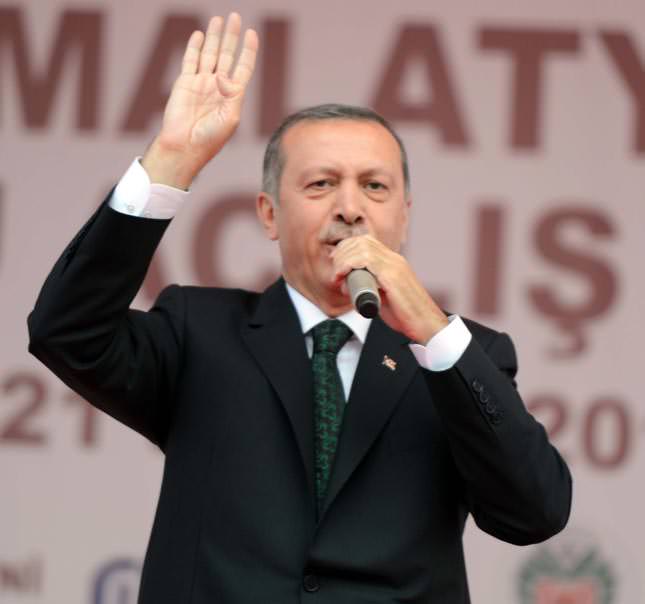 by Merve Şebnem Oruç Mar 10, 2014 12:00 am
For a while Turkey was headlining world news. It all started last summer with the Gezi events when Prime Minister Recep Tayyip Erdoğan was labeled a "dictator." That came as a surprise to many but with the Arab Spring sweeping across the Middle East, the international community readily bought it, despite the fact that there was something very odd. The events in Turkey did not fit the region- wide pattern and smelled of retaliation. Assad supporters were also on the streets.

Meanwhile in Egypt, the military overthrew former President Mohamed Morsi. In front of cameras they killed thousands. Gezi protesters, who often labeled Erdoğan supporters as "sheep," began to mock the massacres at Rabaa as if the two camps, Rabaa and Taksim, were face to face.

Yet the news reports covering Turkey became more unbelievable in December as corruption allegations took center stage. Insane amounts of money were uttered in bribery claims involving Erdoğan, his family, ministers as well as many businessmen, including Saudis and Iranians. Anti-Erdoğan reporters were already saying Turkey's economy was a bubble waiting to burst.

Amid the chaos, Gülenists ordered a raid on trucks belonging to the National Intelligence Organization (MİT) delivering humanitarian aid to Syria, alleging they were carrying weapons to al-Qaeda. The video footage of the gendarmerie pulling their guns on MİT officers was viewed across Turkey. It was that moment when the parallel state with a parallel agenda dawned on.

As the new prosecutors dug through files left by the Gülen Movement, they found the last piece of puzzle, en masse wiretappings.
Thousands, including the head of the MİT and Mavi Marmara passengers were wiretapped under an investigation into the nowdefunct Selam Terror Organization.

Those familiar with their methods can now see the plot. The goal was to conduct a series of lawsuits which were to be later combined into one. Businessmen accused of corruption were to be labeled sponsors of "Selam" while al-Qaeda linked operations were to provide evidence of terror activities. The AK Party was to be denounced as the political wing of "Selam," a terror organization linked to Hamas, Ikhwan, al-Qaeda and Iran. The ultimate goal was not only to close the party but ban an idea forever, as they did to Ikhwan in Egypt.
That is why Erdoğan, who clearly knows who unleashed the parallel state, frequently equates the anticipated results of the March 30 local elections to a "victory of Asmaas" referring to Asma el Beltagi, a 17-year old Egyptian child assassinated by the military.