US zigzags in Syria 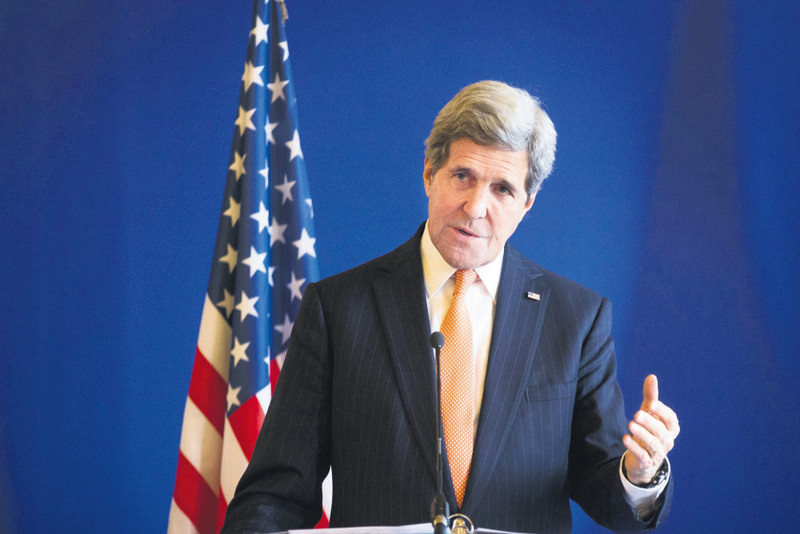 It has been four years since the violent civil war in Syria erupted and as a result of this hundreds of thousands of people have been killed while millions became refugees in various countries. Yet still global actors are in no better position of solving this crisis

It has been four years since the conflict in Syria began, and four years since U.S. President Barack Obama said "Assad must leave." The duration of the Syrian conflict is now the same as the World Wars, but who really cares? Around 300,000 people killed, more than 4 million refugees, half of the country's population internally displaced... And as if Assad's butchery was not enough, a new-age terrorist group, ISIS, which did not exist four years ago, is now rampaging through Syria and Iraq.

The last four years were also a disaster from the point of view of the world powers. The people of this era have witnessed one of the biggest failures of all times. While Western states have failed to keep promises given to the people of Syria, others like Russia and China have fueled the fire. Among them all, the biggest loser was the U.S. Acting as if Washington was still the world's police, Obama put his famous red lines in front of the people dying under Assad's bombs, and in the hands of forces directly controlled by Iran. He laid down a condition to save them, "Try dying in a chemical attack." When it did actually happen, he turned his back and shook hands with Iran, Assad regimes' savior. Of course finally starting nuclear talks is a positive development, but what is the point after overlooking innocent people's blood?

It is not a myth that Iran is fighting its own war in Syria. Last week, the advisor to the commander of the Iranian Revolutionary Guards, Hossein Hamadani proudly stated, "Iranian commanders liberated over 85 percent of the territory that was controlled by the rebels." The "rebels" in this statement are the people of Syria. On the one hand, the U.S. kept closing its eyes to the facts. On the other, it began to put the entire blame on Turkey. Turkey and Brazil were the first to start nuclear talks and to reach an agreement with Iran in 2010. Of course, this was before the bloodshed in Syria, and the U.S. was not happy because Turkey was setting its own agenda in the face of regional threats. The U.S. threw stones at Turkey whenever it got the chance, and attacked Turkish initiatives, refusing to see that Turkey was trying to bring stability to the region. When the conflict in Syria started, the U.S. did not keep its promises to Turkey, abandoning a NATO ally. Turkey alone has been shouldering the burden of more than 1.5 million refugees who escaped from hell over the border seeking shelter. Furthermore, Turkey has been accused of allowing foreign fighters who want to join ISIS to cross its borders for the last two years. The Western countries of origin of these fighters have not shared the intelligence needed to stop those wanting to cross the border, it is now clear that Western intelligence agencies were in fact allowing people to leave and join ISIS. The detention of the agent working for the Canadian government is the first solid evidence of the fact that the West does not want to get rid of ISIS, but instead seeks to control it like they tried with the Taliban before in Afghanistan. As if it is not shameful when papers like the New York Times try to reprimand Turkey once again and accuse it of drifting from NATO while the U.S. Secretary of State John Kerry offers a place to the Syrian butcher in the Syrian talks. Of course, he makes Assad bolder and hears the words belittling himself, "We want action, not words."

It has been four years since the U.S. started to zigzag, and I have a bad feeling that there are more American zigzags to come.
Last Update: Mar 18, 2015 1:46 am
RELATED TOPICS