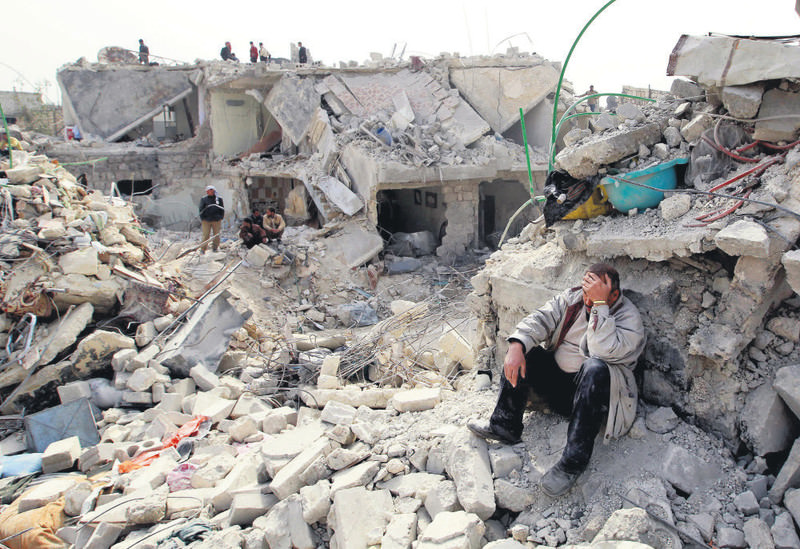 For many years, the region had never come face to face with Shiite-Sunni tension on such a large scale

The Saudi military operation that started last week against the Houthi rebels in Yemen was not unexpected. After the takeover of the presidential palace by the Iran-backed Houthis, it was already known that the Saudis would make a move, but the death of King Abdullah caused a delay. We saw the signs of a preparation for the military operation that would be led by the Saudis over the past few weeks. The leaders of the region have visited Saudi Arabia to discuss bilateral relations and regional developments. These visits were a clue that something big was coming. Otherwise, President Recep Tayyip Erdoğan would not meet with King Salman a day after Egyptian President Abdel-Fattah el-Sissi at the beginning of March. When the Houthis started to attack tribes supported by the Saudis, the Saudis were silent, like the lull before the storm. The massive twin bomb attacks that killed over 100 on March 20, which was immediately claimed by the Islamic State of Iraq and al-Sham (ISIS), followed by the evacuation of military personnel as well as the members of Yemen's anti-terror units, which are trained by U.S. forces, stationed at al-Anad military Air Base for an unknown destination in southern Yemen. It was certain that the sky was about to rain fire.

You may be aware that Saudi warplanes roared over Yemen and dropped bombs, probably turning the cold war in the region hot. But this was expected too. Iran, with its sectarian attitude and greedy desires of dominating the region, has long been kicking on this door and looking for trouble. In Yemen, they directed and financed the Houthis and drove the country into a more destabilized situation than ever. In Iraq, Iran has armed and trained all the brutal Shiite forces like the Badr Organization against the Sunnis. It supported the sectarian violence of Iraqi former Prime Minister Nouri al-Maliki against Sunnis in the first place. Syria is already occupied by Iran, which has not been hiding behind Syrian President Bashar Assad for a long time, with help from its biggest loyalist, Hezbollah.

Turkey had already warned the world that if the ongoing chaos in Syria, where the route of the Arab Spring was first changed by force, is not taken under control in due time, then the whole region will be under the threat of a chaos spilling over Syrian borders. Today it is sad to see that this foresight is in action. It's the "Syrianization" of the whole region. Now we are about to near the days when proxy wars are coming to an end and hot ones are at the door. Millions of people can be killed in massive bombings while kings and presidents sit on top of the non-stop bloodshed. People who were once neighbors will kill each other in massacres.

For many years, the region had never come face to face with Shiite-Sunni tension on such a large scale. Iran's Shiite sectarian-based discrimination and the violent oppression policy against Sunnis have made the people desperate and angry. ISIS has found support from that anger. The U.S.-led coalition made fighting ISIS their one and only goal, but ignoring the causes of ISIS's growth have carried the anger one step further. But if the U.S., Iran, Gulf countries and Israel have not altogether derailed the Arab Spring, which started with demands of freedom, human dignity and peace in the first place, then the Middle East would be at a whole different point. Now what they have in their hands is torture, disrespect and bloody wars. What they sow is what they reap.
Last Update: Apr 01, 2015 3:04 am
RELATED TOPICS