Waiting for justice on death row 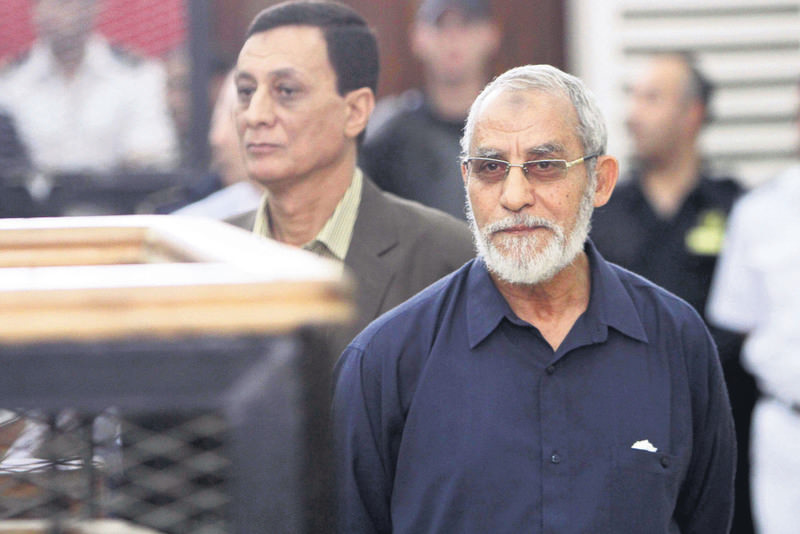 As we all remember, according to U.S. Secretary of State John Kerry, the Egyptian military was ‘restoring democracy' when the army staged a coup

Since the military coup, the justice practices in Egypt have been throwing up red flags, and no one cares. Thousands of anti-coup protesters, including alleged Muslim Brotherhood supporters and other activists, have been detained in violent ways while hundreds have been killed by Egyptian security forces. During the brutal dispersal of the Raba'a al-Adaweya sit-in, the camp of anti-coup protesters, more than 600 anti-coup protesters were killed. Still we've been hearing about killings almost every day.The mass trial sentencing 683 alleged Muslim Brotherhood supporters to death was one of the biggest absurdities we have ever seen. It was a travesty of justice, a mockery of a trial. In a trial that lasted less than 10 minutes while most of the defendants were absent, the court did not let counsels for defense bring evidence or cross-examine witnesses.

No leader in the so-called democratic countries raised their voices against these acts, even Pope Francis, who likes to comment on human like issues like minorities. Instead, he met Abdel-Fattah el-Sissi during the former general, now president's first European trip in November after his army ousted Mohammed Morsi, the country's first freely elected president.

In March, an Egyptian man, Mahmoud Ramadan, became the first to be executed following the sentencing. He was executed by hanging a month after the high court upheld his sentence for an incident during riots after the coup when two young men were thrown from a roof in Alexandria. Human rights activists claimed that Ramadan admitted stabbing one of the young men, but never admitted to throwing him off the roof. His lawyers asked the prosecution to provide more evidence, or to call more witnesses to prove that he actually committed the murder, but the court ignored their requests. He deserved to face a fair trial but he couldn't. Ramadan's hanging was a sign that death row would start to move soon, but still no one cared.

Recently, an Egyptian criminal court confirmed the death sentence given to Mohamed Badie, the leader of the Muslim Brotherhood, as well as the 13 others, while 36 other defendants, including U.S.-Egyptian dual citizen Mohamed Soltan who has been on hunger strike for over a year, were sentenced to life in prison. They faced charges including for "inciting chaos and violence" and "funding the Raba'a sit-in." Of course, it has been expected that the politically-motivated mass trials of the el-Sissi government will be followed by mass political executions. But it has also been expected that el-Sissi would at least face an international barrier in which world leaders condemned Egypt for the state's revengeful acts. El-Sissi has pledged to "eradicate" the Muslim Brotherhood, describing the group as a major security threat while the brotherhood has committed itself to peaceful activism and stuck to it even though the members of the group have been targeted by the military and police forces of Egypt. In spite of that fact, el-Sissi government has never come across any concrete reactions with regards to the coup state's reckless and brutal actions. Only the U.S. embassy released a statement and said it was "gravely concerned" about Mohamed Soltan.

But in the meantime, the U.S. has decided to restore military assistance to Egypt, which was withdrawn after the military coup. Barack Obama last week informed el-Sissi that he would lift an executive hold on the delivery of aircraft, missiles and tank kits. The U.S. president also pledged to request from Congress $1.3 billion in annual military assistance for Egypt being again a disappointment on the U.S.'s concerns for human rights in Egypt. As we all remember, according to U.S. Secretary of State John Kerry, the Egyptian military was "restoring democracy" when the army staged a coup. Among all the death penalties, it seems like the U.S. is now restoring its military assistance to the coup state proving that the "'democracy" they have been looking for is one hell of a democracy.
Last Update: Dec 01, 2015 7:24 pm
RELATED TOPICS