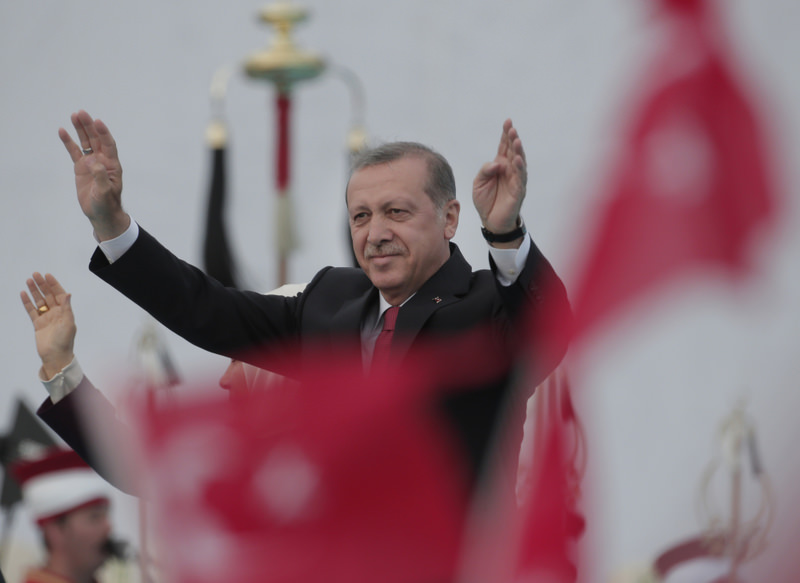 An anti-Erdoğan campaign is being carried out in Turkey. All opposition parties, which usually can't see eye to eye on any issue, are united against the president under the motto ‘the enemy of my enemy is my friend'

It was during the Gezi Park protests, in the summer of 2013. A photo, among many, was romanticized most. A female protester was holding a Turkish flag with the face of Mustafa Kemal Atatürk, the symbol of Turkish ultranationalist secularism, in one hand, and in the other, she was holding the hand of a man carrying a flag of the pro-Kurdish Peace and Democracy Party (BDP). According to many, the two, belonging to the different camps that were poles apart, were showing that the then-Prime Minister Recep Tayyip Erdoğan, who was in the crosshairs of the protests, brought them together with his cruelty. It was a story that sounded romantic and fabulous but did not match reality. Until the first day of the Gezi Park protests, the Turkish nationalists hated Erdoğan because he took the initiative and started the Kurdish-Turkish peace process. He has been depicted as a "traitor" by the Kemalists of Turkey and accused of attempting to divide the country with the peace process. On the other hand, Kurds have hated Kemalists most as the Kemalist governments who ruled Turkey for years did not give the Kurds their rights. I mean, the two camps, which have been enemies for years, were then coming together against the man who tried to reconcile them? It didn't feel right.

In the last days of 2013, we started to see that other enemies were also coming together. The Gülenists, who are loyal to Fethullah Gülen and led the attempt to overthrow Erdogan on Dec. 17 and Dec. 25, 2013, were actually cooperating with those imprisoned by the Gülenist prosecutors before. The Gülenist police officers and prosecutors nested in Turkey's judiciary and bureaucracy had started to hunt nearly everyone who was opposed to them in 2011 and 2012 following the investigations and trials against Turkey's "deep state." The journalists, activists, Kurds, businessmen, people from all walks of life, had become their targets in the witch-hunt in question. But somehow, in 2013 and 2014, the hunted and the hunter joined forces against Erdoğan, who was supporting the investigations against the "deep-state" of Turkey until they turned into something else and was determined not to let a "parallel state" be installed by the Gülenists replacing the old "deep state" of the Kemalists. The Gülenists and the anti-Gülenists have been together since then.

We have seen many weird alliances against Erdoğan in the last two years, but one of the most fantastical hook-ups was, undoubtedly, between the secularists and pro-Iranian circles. The secularists of Turkey had accused Erdoğan of trying to transform Turkey into a state like Iran for years, while some Turkish Islamists who had been impressed by the 1979 Iranian revolution had put the blame of almost every dead cat on to the seculars. But after the Syrian conflict started, those camps that hated each other most became closer as well. The flagship papers of the secularists began to produce Iranian propaganda, and even the Republican People's Party (CHP), which has been seen as the representative of the secularists, now has members of parliament who care about Iran more than their own country, Turkey, and admit that in public.

With the help of the Western media, many people around the world have been convinced that Erdoğan has been supporting the Islamic State of Iraq and al Sham (ISIS) since the notorious militant group rose from the ashes of al-Qaida in Iraq. Even after Turkey became an active partner of the anti-ISIS coalition led by the U.S., the outlawed PKK and its fan-club have not changed their discourse, and have accused Ankara (and especially Erdoğan) of distracting the PKK, the group that fights against ISIS, with the recent operations. In the meantime, the PKK invites its supporters as well as the rest of the Turkish people, and even the Turkish army, which is its oldest enemy, to stand against him. But on the other hand, ISIS is also against Erdoğan. People familiar with the conflict in the region have already been aware of the fact that ISIS denounces Erdoğan as a non-Muslim and a partner of the U.S. and sees him as a threat to the group and their enemy, but ordinary people do not know that. A recent video uploaded on the Internet by ISIS inviting Turkish people to rise up against Erdoğan and to overthrow him, while calling him "Satan," makes me wonder how far can the hatred against Erdoğan go and how many opponent camps can unite when it comes to Erdoğan? I wonder how many odd alliances and weird agreements we will see in the course of overthrowing him.
Last Update: Aug 19, 2015 2:21 am
RELATED TOPICS