The PKK's war against Turkey and Washington's suspicious intentions 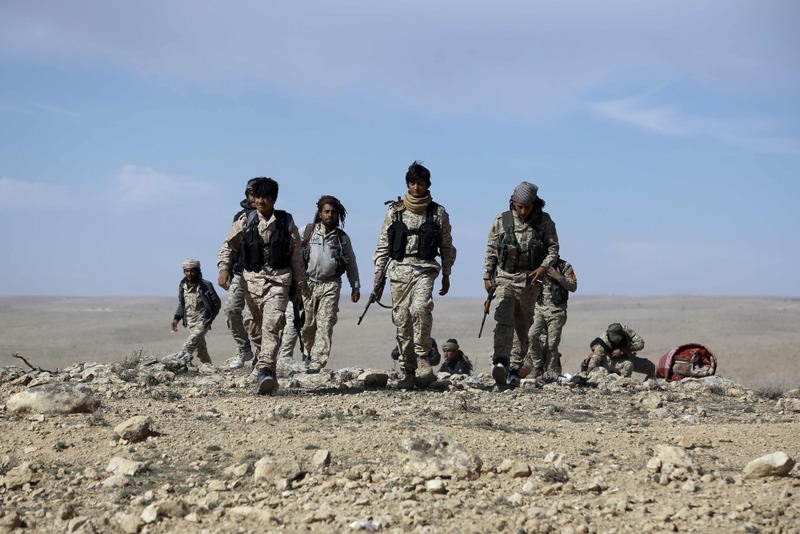 The U.S. is harming its relationship with Turkey as a result of its northern Syria policy, in support of the separatist Kurdish militants including the PKK and all its affiliations

The outlawed PKK started to lose its influence in the region in the 2000s as a result of Turkey's initiatives. PKK leader Abdullah Öcalan was arrested in 1999, and after the Justice and Development Party(AK Party) won its first election in 2001, the government began to put laws into force to extend the rights and freedoms of not only Kurds, but also other minorities oppressed by former governments in the past, as well. It was a first in the history of the Republic of Turkey. Before the 2000s, Kurds were oppressed, banned from speaking their own language or publishing literature in Kurdish. The behavior of former governments helped the PKK find an opportunity to gain popularity among Kurds who had asked for their identity to be recognized for years. It served for the PKK to introduce itself as an organization working for the Kurdish cause and to act against the Turkish state for years. In order to regain its popularity and influence and find legitimacy in the international arena, the PKK founded the Kurdish Communities Union (KCK) in the mid-2000s. You can find the details of the formation the KCK and its affiliates, including the Democratic Union Party (PYD), in Daily Sabah Washington correspondent Ragıp Soylu's Feb. 19 article, "Archives, testimonies confirm PYD/YPG's organic link with PKK terror organization."

The transformation of the PKK into a new structure was an attempt for survival. Turkey was already inviting Kurds who had gone to the Qandil Mountains to join the PKK to come back and be active in politics after laying down their arms. That is why some tried to see the PKK's intentions of establishing the KCK as a hope, as a beginning of a new era in which armed struggle would be replaced with politics.

In 2009-2010, some Kurdish politicians, members of trade unions, journalists and human rights defenders were detained on charges of being KCK members within the scope of the first waves of KCK investigations, sparking big debates. The trials started in October 2010. At that time, Gülenists, who are loyal to U.S.-based, self-exiled imam Fethullah Gülen, were nested in the bureaucracy, security forces and judiciary and were really powerful, and they were storming Turkey through investigations and lawsuits one after another. Turks were worn out from investigations, detentions and never-ending lawsuits in 2011-2012. Just like with other high profile trials, the Turkish community lost hope for justice in the KCK trials as well. Gülenist officials abused their positions, violated the sanctity of the judicial processes and chose to throw the baby out with the bathwater in all the lawsuits. Even Hakan Fidan, the head of the National Intelligence Organization (MİT) faced arrest on Feb. 7, 2012 as part of an investigation linked with the KCK trials in a move to sabotage the initial peace talks between Turkish officials and the PKK. Since Gülenists gummed up Turkey's legal system in those days, and opened the way for lawbreakers to evade justice, the KCK trials, like the other trials could not end properly.

In the meantime Turkey's southeastern region was experiencing an escalation of violence with a fierce fight between Turkish security forces and the PKK. Still, Ankara was trying to find a peaceful solution and was eager to continue the "democratic opening," a first-of-its-kind initiative started in mid-2009. Initiating Kurdish-Turkish peace talks in 2012, Ankara began to negotiate terms for a permanent peace with the imprisoned Öcalan. In 2013, Kurds and Turks believed in their hearts for the first time that a permanent peace was possible even though the reconciliation process had been sabotaged and tested many times.

However, the PKK, or the KCK as its umbrella organization, and its branches, never intended to stop the fight against Turkey. The organization increased its propaganda while it made preparations during the reconciliation process to carry its armed struggle into cities. The Syrian regime's withdrawal from a territory called Rojava in Kurdish, leaving its control to the PYD in mid-2012, triggered the PKK's separatist dreams to rise from the ashes while the U.S. choosing the PYD as an ally on the ground in the fight against DAESH in 2014 gave the PKK the popularity that it had been seeking for a long time. In July 2015, the PKK declared the end of the cease-fire and resumed its war against the Turkish state. While Washington keeps arguing that the PYD, the PKK's Syrian affiliate, founded by Öcalan himself, is different than the PKK, the U.S.-supplied weapons for the fight against DAESH are regularly carried to Turkish cities over the Syrian border to be used in the war against Turkey. It is an odd move for a country like the U.S., which is a long-time ally of Turkey and closely watches the internal matters of the country as well as the regional developments and has already listed the PKK as a terrorist organization. And it makes Turks suspicious about the U.S.'s real intentions.
RELATED TOPICS