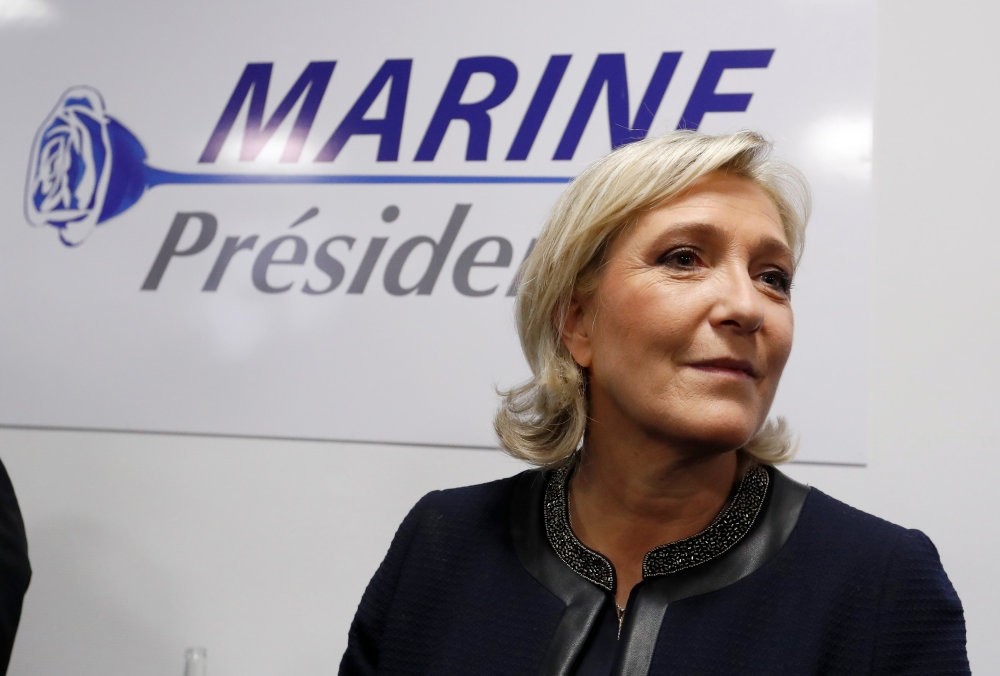 The EU neglected Turkey's war against three terror organizations, the PKK, the Gülenist Terror Group and Daesh, all of which have killed hundreds. But on the other hand, they were concerned about the EU's security and stability when around a million refugees traveled to Europe

The relationship between Turkey and the European Union has plunged to a new low; yet at the same time, it is one of the most critical moments ever for both sides.

The tension started to escalate in 2013 when the EU started to interpret what was happening in Turkey with a whole new level of prejudice. Starting with the Gezi Park protests, the EU has repeatedly stated that civil liberties and freedoms in Turkey are under serious attack. The Turkish people who watched the reactions of European states on TV when such public unrest occurred in European cities concluded that the EU's problem with Turkey was not about democracy but something else, as did President Recep Tayyip Erdoğan, the then-prime minister. Meanwhile, Erdoğan, who was chosen as president by the Turkish people in democratic elections, suddenly became a dictator in the eyes of Europe's leaders and in the headlines of European newspapers.

The ongoing civil war in Syria has certainly played a role in the souring of relations, as the EU chose to sit on the tail of the U.S. when Washington decided to change its Syria policy in 2013 without questioning the outcome. Turkey was left alone with millions of refugees who fled from barrel bombs, torture and murder by the Bashar Assad regime and the rising terror that grew from the chaos. Turkey has told the West numerous times that the real problem in Iraq and Syria is not just the mosquitoes but the swamp itself, which has created a haven for terrorist groups and had to be cleared, and warned that Turkey would not be the only country that would be seriously affected if it was ignored.

However, the EU did not want to become a part of the solution. Instead, they picked a terror organization, the outlawed PKK's Syrian offshoot the Democratic Union Party (PYD), to fight against Daesh, another terror group in Syria following in Washington's footsteps. This move irritated Ankara, of course, as the PKK became bolder and gained strength as the PYD won the lottery for support from the Western states. The terror group resumed its war against Turkey in the summer of 2015. Carrying weapons delivered by the West to the PYD to fight Daesh in Syria via tunnels or though the border to Turkey, the PKK used them in its fight against Turkey.

In the meantime, European capitals became a safe haven for the PKK, but also the Gülenist network, another terror group, which established a parallel state in Turkey's state apparatus. It was obvious that either the PKK or the Gülenists, or their propaganda apparatus, would claim that freedoms and rights in Turkey were at a crossroads and they had to escape to Europe, but it was not difficult to see the reality if the EU stopped for a second and looked at the dead bodies they left behind.

Turkey lost its patience with its Western allies after they hesitated to pick a side during the night of July 15 when the Gülenists attempted to stage a coup in Turkey, which failed thanks to the people's heroic resistance. Maybe it happened all of a sudden and they were frozen. However, instead of standing side by side with Turkey afterwards, the EU worried about the coup plotters and terrorists arguing that the purges in Turkey were violating the rule of law and human rights.

The EU neglected Turkey's war against three terror organizations, the PKK, the Gülenist Terror Group (FETÖ) and Daesh, all of which have killed hundreds. But on the other hand, they were concerned about the EU's security and stability when around a million refugees traveled to Europe. Millions of people were displaced and in need of protection and help for years, partially because of the ignorance of developed countries; and that was not something that concerned the EU, in terms of human rights and freedoms. The wise leaders in the West didn't think of the outcomes of ignoring the ongoing civil war in Syria and failed to hear the warnings from Turkey for years until desperate people appeared on their doorstep.

The EU leaders resorted to sitting at the table with Turkey in a panic. In exchange for the EU's backdating of visa-free travel for Turkey's citizens, Turkey was to take back the refugees heading to Europe. The EU immediately started to ship back the refugees under the pact, but there has been no progress over visa-free travel and the EU has been dragging its feet saying that Turkey has to reform its terror laws first.

The EU has ignored the Turkish people who were killed by terror groups like the PKK and FETÖ, and continue to defend terror-linked people under the pretext of human rights and freedoms; however, the panic against the refugee crisis and some terror attacks in Europe linked to Daesh brought measures including limitations to freedoms and rights, which consequently caused freedom of movement in the EU to be questioned. The EU skeptics started to defend national sovereignty more than ever, using border security issues and protectionism as a tool. And in 2016 the fears started to come true. The U.K. decided to leave the EU in a referendum, which many fear will trigger a domino effect for the rest of the bloc. Concurrently, the Americans chose to abandon Obama's legacy and pick Donald Trump as the new president of the U.S. Trump's victory may be a shock for the EU, but only those who live in a glass tower and can't see the world outside couldn't see it coming. The administration was repeatedly failing in Middle Eastern politics, which led to a rise in Islamophobia and xenophobia in the West, racist campaigns increased during election periods, the huge influx of refugees made things worse, and anti-immigrant radicals gained enormous popularity.

It looks like neither Brexit nor Trump's victory will be the last. The far right will probably continue to rise and the EU is indeed on the brink of a collapse today. Being unfair to Turkey in terms of terror and democracy, and spreading false accusations about democracy, these all are now at risk in the West and yet, unfortunately, the arrogant leaders of the EU are still blind to it. Maybe they deserve to get into hot water.
RELATED TOPICS