Where is the sympathy that Turkey deserves? 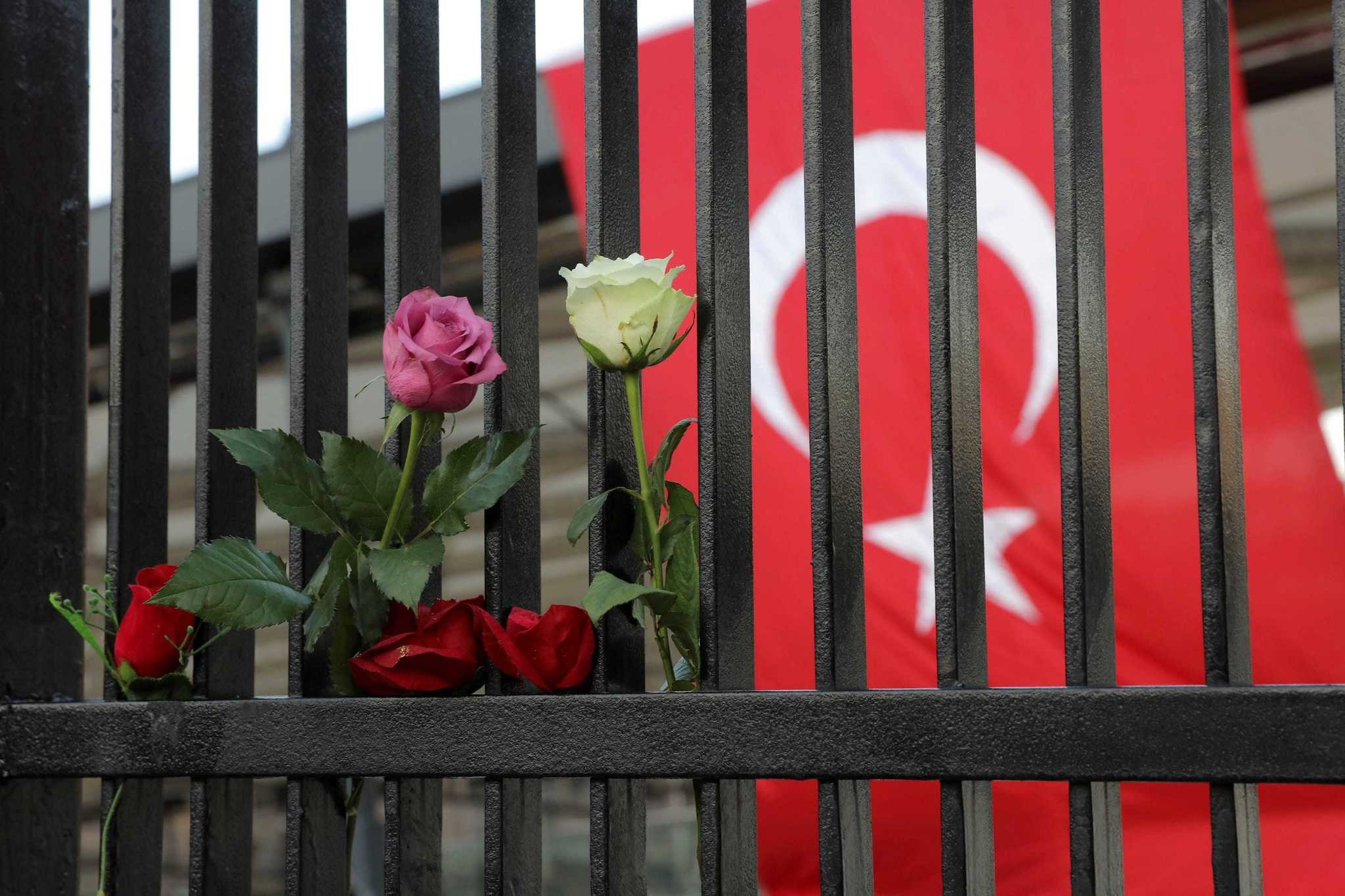 The Westerners will again not show Turkey, which faced twin deadly blasts in Istanbul, the same sympathy they displayed upon France's Charlie Hebdo terror attack

Double terror attacks by a suicide bomber and a car bomber in Istanbul's Maçka Park and its nearby street Saturday night killed at least 38 people and wounded 155 others. After around 10 large-scale terror attacks carried out by the outlawed PKK and Daesh, and a failed coup attempt staged by the Gülenist Terror Group (FETÖ), the latest large-scale terror assault was another move to traumatize a nation which has been tackling a series of security threats for more than a year.

Witnesses say they also heard gunfire after the blasts. The terror attacks targeted police officers on duty, killing 30 of them, and seven civilians, according to initial reports. 13 suspected terrorists were arrested in connection with the twin blasts.

That night after the assault, Turkish President Recep Tayyip Erdoğan said in a written statement, "Tonight we have become witnesses of the heinous face of terror which tramples on every value and decency. It is clear that the aim of the terrorist attack was the maximum number of casualties. Unfortunately, it resulted in deaths and injuries." Stressing that the PKK, Daesh and FETÖ target Turkey for the same purpose, Erdoğan also stated that Turkey is alone in its fight against terror, but will never give up, and will heal as soon as possible. His remarks implicitly reject the cold statements of Turkey's Western allies, who give tremendous support to the terror organizations, the PKK and Gülenists, which killed hundreds in the last two years, were significant. Erdoğan said Turkey will mourn alone with its true friends and will not find anyone standing by its side, except for those who just make do with cold statements. He also stated, "We have no reason to expect different approaches from the states that have chosen to support terrorist networks and terrorists instead of standing side by side with Turkey and the Turkish people." Millions marched in Paris in solidarity with France after the Charlie Hebdo terror attack, but it took weeks for Western leaders to pay a visit to Turkey following the bloody coup attempt. The previous terror attacks targeting Turkey never got the same sympathy the Westerners show when a city in the West is hit by a similar assault.

It was clear that Turkish President Recep Tayyip Erdoğan was still disappointed with the Western allies of the Republic of Turkey, but he was not the only one who did not hesitate to show his disappointment. A couple of tweets from EU parliamentarians received plenty of angry reactions from Turkish Twitter users, revealing how much the Turkish society has felt betrayed by their old Western friends. Kati Piri, the rapporteur for Turkey at the European Parliament (EP), the President of the European Parliament Martin Schulz, and the High Representative of the EU for Foreign Affairs and Security Policy Federica Mogherini shared some tweets to condemn the attack Saturday night, but received a huge blow from Turkish people who said they do not believe their words of solidarity after their support to terrorists. Reactions from Turkish people over the solidarity messages the U.S. Embassy in Ankara posted on Twitter were the same, as many Turkish users accused the U.S. for sending weapons to the outlawed PKK's Syrian offshoot, the Democratic Union Party (PYD), and giving support to terrorists.

It might be just a bunch of tweets for some but it's more than that; the instantaneous reactions of the people online over such a horrific assault mirror the feelings of a society. A deep skepticism of the West, particularly the U.S. and the EU in Turkey, opens a way for a willingness to look elsewhere for new allies. And it is not coming from President Erdoğan alone – the Westerners chose to follow the simple but wrong path by accusing him. The support of Western countries for the PKK and Gülenists spurred a rise in anti-Western and anti-American sentiments, which is true for the majority of the Turkish society.

In the meantime, Western media gets its share from the same reactions. For example, Chase Winter, a Deutsche Well reporter who is based in Istanbul and known for his friendly photographs with PKK terrorists, drew a rebuff from Turkish Twitter users Saturday night, as he described the terror attack as "very successful." He tweeted minutes after the attack, "Istanbul bombing appears to be very successful PKK/TAK terror attack for psychological reasons more than human toll," while Turkish people were still in shock and deep sorrow. Winter tried to explain himself when he got angry reactions and said he did not condone when he said the attack was successful, but he did not think for a second that the people who lost their lives are human beings and did not even apologize from his followers. Among all the yelling and curses, many Turkish people who were shocked with his instant but cold analysis were asking where his humanity was, and I really wonder the same.

Of all the lives we lost Saturday night, I also saw a moment of growing fragmentation between both the states and the communities in an era where inequality, protectionism, nationalism, xenophobia and ideological radicalism are on the rise. Ten years ago, the consequences of such trends, such as major drifts, splits, conflicts and even a warfare, would be seen highly unlikely, but today those are no longer unthinkable. And it is basically because of a giant mound of such behaviors that lacks sympathy, solidarity and respect. I fear we will soon miss these days when there is still some hope left for a better world.
RELATED TOPICS