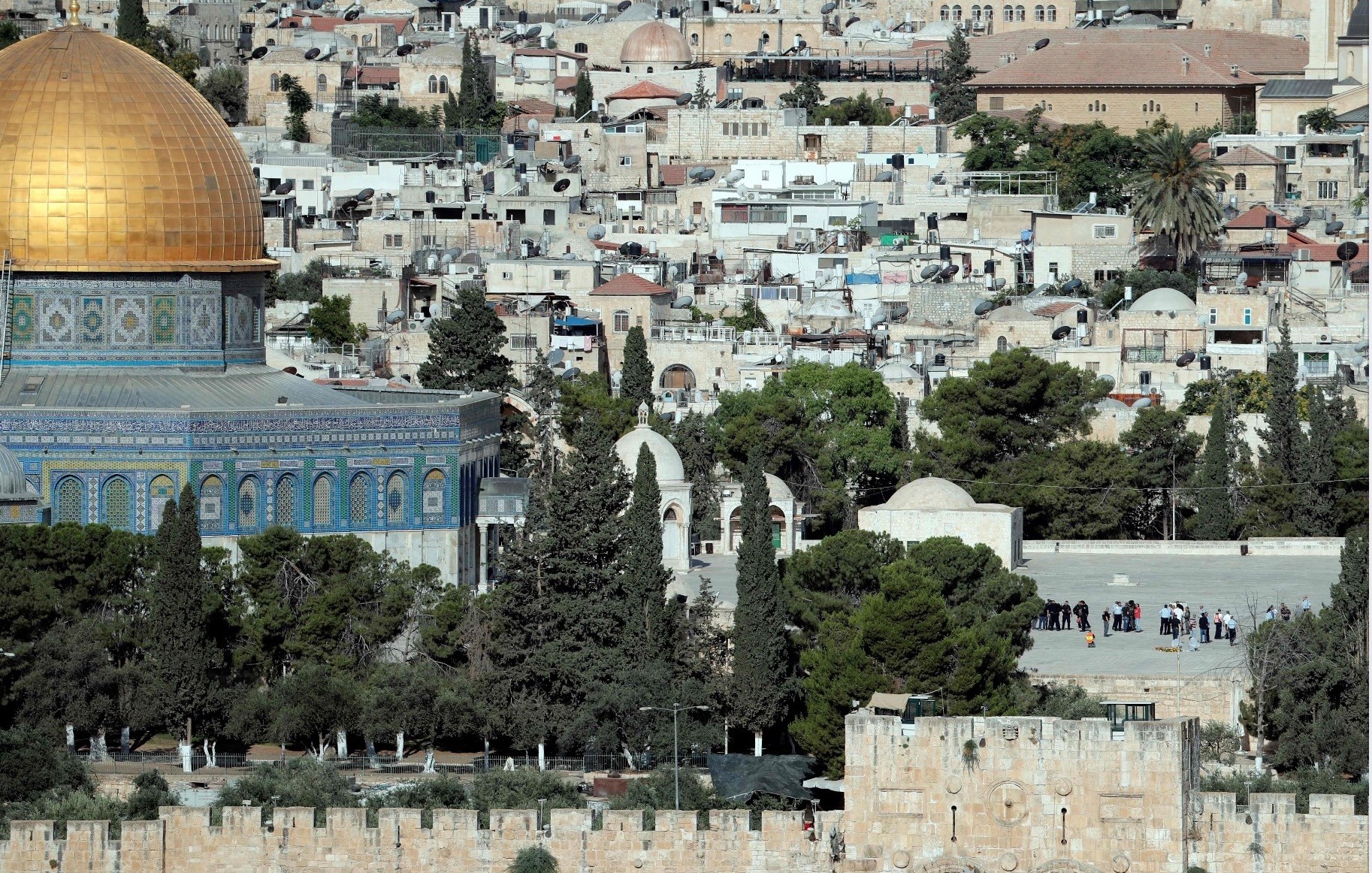 In the name of 'security,' the Israeli state is following an agenda to destroy the Al-Aqsa compound, causing violence to increase in the already-chaotic lands

The al-Aqsa compound in the Old City of Jerusalem is the most contested religious site in the world. It is holy to the three Abrahamic religions, Islam, Christianity and Judaism. For Muslims, al-Aqsa is the third holiest site, which is mentioned several times in the holy Qur'an. Muslims believe that Prophet Muhammad was transported from the Sacred Mosque in Mecca to al-Aqsa during the Night Journey and ascended to heaven from there. But ever since the Israeli occupation of Jerusalem, the large compound comprising al-Aqsa Mosque has been the target of many Jews who wish to rebuild the Temple of Solomon on what they consider to be its site. Jews claim that the ancient temple was built on Mount Moriah where Abraham was asked to sacrifice his son. To do it, they will destroy and pull down al-Aqsa.

Al-Aqsa is at the heart of the Israeli-Palestinian conflict. But first, I must discuss one of the biggest myths about Israeli-Palestinian conflict: That it's been going on for centuries. In fact it really goes back only a century to the early 1900s. In those days, the land was called Palestine, and it had been under Ottoman rule for centuries. It was religiously diverse, mostly consisting of Muslims and Christians and also a small number of Jews, who generally lived in peace. But during the rise of nationalism at the end of the 19th century, it changed in two important ways. First, more people were developing a view of not just ethnic Arabs, but Palestinians, another national identity. At the same time, in Europe more Jews were joining a movement called Zionism, which said Judaism is not just a religion, but a national identity, and it deserved a nation of its own. They believed that they had to establish it in the "promised lands pledged to Abraham by God" in the Middle East.

After World War I, the Ottoman Empire collapsed, and the British and French empires carved up the Middle East. While the British took control of a region and called it the British mandate for Palestine, the Zionists held huge campaigns to encourage European Jews to move there. But when more Jews arrived, tension between locals and Jews grew. When the British limited the number of arrivals, Jewish militia groups formed to fight the locals and to resist the British mandate as well. After the Holocaust that led many more Jews to leave Europe and flee to Palestine, galvanizing the world's support for a Jewish state, the number of the Jews in Palestinian lands came to a point projected by the Zionists. In 1948, the U.N. approved a plan to divide the land into two separate states: One for Jews, and one for Palestinians. The city of Jerusalem was to become a special international zone. The U.N. plan angered Arab countries and led to the Arab-Israeli wars. But the Jews kept winning the wars, which led Palestinians to lose more and more land every time. Huge numbers of Palestinians were expelled from their homes and became refugees. Over the next decades, Arab states gradually made peace with Israel even though many of them never signed peace treaties. Israel today controls all the territory except Gaza, which is under heavy blockade, and the West Bank. Not only that, more Jews, or Israeli settlers, have been moving to new illegal settlements built by the Israeli state in these places. The Israeli government has been holding huge campaigns and great subsidies to encourage them to move to the Israeli settlements, while Israeli Security Forces make Palestinians leave their homes and their lands. In short, Israel is slowly and painfully invading the last pieces of land left to Palestinians.

The fight to control al-Aqsa started after the creation of Israel in 1948. When Israel seized East Jerusalem in 1967, it raised its flag over al-Aqsa. "The Preservation of the Holy Places Law" was passed to give access to holy sites afterwards. The site is administrated by the Islamic authority, Al-Aqsa Waqf, and Jordan has a direct role in protecting Islam's third holiest mosque, but Israeli soldiers determine who can enter. Jordanian guards are stationed (along with armed Israeli police) at all but one entrance to the mosque.

Al-Aqsa has been the focal point of many clashes and under an escalating threat from radical forces, some of whom are now senior members of the Knesset and government ministers of Israel. But on July 14, for the first time in 48 years, Muslims were barred from praying in the mosque. Palestinians believe that Israel is tightening its grip on the area, and it's getting closer and closer every day to destroying al-Aqsa.

For his part, Israeli Prime Minister Benjamin Netanyahu is probably happy to see Jerusalem erupt in violence. Facing a corruption investigation for a submarine scandal, he is today refusing to remove the new metal detectors and barricades erected by Israel in front of the al-Aqsa compound even though the Israel Security Agency reportedly advised for the removal. It looks like by using the guise of security again, Netanyahu ensures that attention is deflected from the corruption charges and instead focuses on al-Aqsa.

By selling security to the Israeli and international community, Israel has occupied Palestinian land, built Israeli-only settlements on Palestinian lands, destroyed Palestinian homes and schools, blockaded Gaza, forced Gazans to live without electricity, adequate medical supplies or water and even barred them from accessing the sea. And today, in the name of security, it is following an agenda to destroy the al-Aqsa compound. Because Israel knows the whole world, including Muslim society, will just utter a few words of condemnation, but will do nothing to stop them.