Who is trying to disrupt long-standing Turkish-US cooperation? 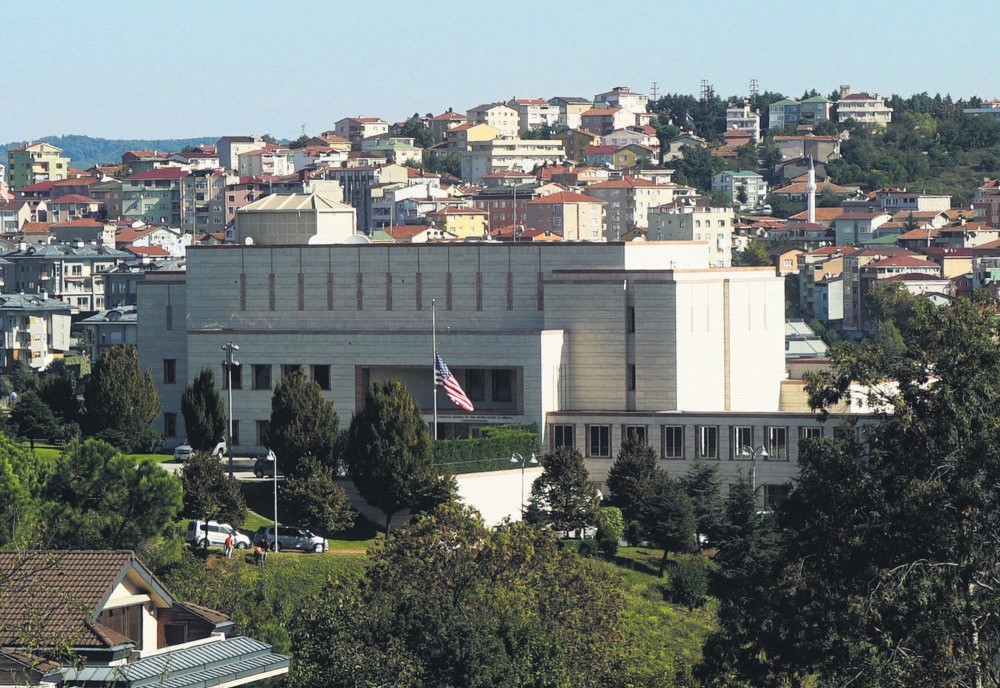 The evidence for the U.S. Embassy scandal unfortunately proves Turks right in their suspicion that the U.S. had a hand in last year's coup attempt

On July 15, 2016, Turks foiled a bloody coup attempt launched by Gülenist Terror Group (FETÖ) members in the Turkish Armed Forces (TSK), killing 249 people. The defeat of the coup attempt has left Turkish-U.S. relations in a state of uncertainty. Since the relations between the administration of former U.S. President Barack Obama and Ankara had reached a point that was far from healing, some authorities in Ankara were looking out to open a new page with the incoming U.S. president. U.S. President Donald Trump and President Recep Tayyip Erdoğan have met several times since Trump came to office. When they last met in New York during the U.N. General Assembly, Trump said the U.S. and Turkey were "as close as we have ever been."

But a serious diplomatic crisis erupted between Ankara and Washington on Sunday, and brought the relations of the two NATO allies to their lowest point in over four decades.

To be brief and avoid belaboring the point, there are two main reasons behind the crisis that has been escalating between the two allies for a couple of years: FETÖ and the separatist PKK, another designated terrorist organization by both countries. Turkey sees the two terrorist group as existential threats. FETÖ members started to infiltrate the state apparatus in Turkey 40 years ago, including the Turkish military, grew inside and attempted to drive Turkish politics in line with their agenda, finally planning to stage a military coup when their hidden network was exposed. On the other hand, the PKK has been fighting against the Turkish state for more than three decades, and the violence has killed around 40,000 Turkish citizens so far.

If, say, an American citizen turned out to be affiliated with a network designated as a terrorist organization by the U.S. – for example, al-Qaida – they would face serious consequences. If the person in question were not American, it would be worse. But if someone turns out to be affiliated with a terrorist organization that is seen as an existential threat for Turkey and responsible for the killings of many Turkish citizens, the U.S. sees the case as a matter of freedom and democracy. I am not saying that Turkey has great scores for freedom, but it cannot be denied that there has been great progress in the last two decades until Gülenists and the PKK increased the violence in Turkey in 2015-16, in company with another terror organization, Daesh, which tried to carry its fight in Syria and Iraq into Turkey. After continuous attacks from three different terrorist networks, security concerns in the country have become a priority, triggering a series of reactions that are quite normal for any state.

One would expect NATO allies to help each other under these circumstances. However, the U.S. has been doing otherwise since Turkey has started to take measures against these threats. For instance, Ankara has been asking for the extradition of Fetullah Gülen, the leader of the Gülenist network living in Pennsylvania, who was behind the attempted coup. But U.S. authorities ignore the serious charges against him. In the meantime, Gülenists who fled Turkey have found a safe haven in Western countries, including the U.S. The U.S. has also been backing the Democratic Union Party's (PYD) People's Protection Units (YPG), which is the northern Syrian affiliate of the outlawed PKK, by sending tons of arms and ammunition, a part of which has been carried to Turkey and used in attacks in Turkey. Turkish authorities have shown evidence to their counterparts in Washington many times, but the U.S. administration has done nothing but ignore it so far.

While all of this caused a new wave of anti-American sentiment among Turkish people last year, it was revealed a couple of months ago that the fugitive prime suspect of last year's July 15 coup attempt, Adil Öksüz, who was one of the links between Fetullah Gülen in the U.S. and Gülenists in the military, was called by the U.S. Consulate in Istanbul on July 21, 2016, five days after the coup. The U.S. Embassy confirmed the call, claiming it was part of law enforcement cooperation with Turkish officials to stop Öksüz from fleeing the country, but the revelation, in fact, has raised the questions of if the U.S. missions in Turkey had any involvement in the coup attempt.

On Oct. 4, a prosecutor in Istanbul announced the indictment of Metin Topuz, a Turkish citizen who has been working at the U.S. Consulate in Istanbul since 1982, on charges of espionage, terrorism and involvement in Gülenists' attempt to overthrow of the government in 2013. It has been alleged that Topuz spoke multiple times on the phone with Öksüz. He is also accused of being in contact with four police officers implicated in coup investigations. The U.S. Embassy issued a statement after Topuz's arrest saying the allegations are baseless. However, all these baseless developments boiled U.S.-Turkish relations one more time. Six months ago, prosecutors also indicted another Turkish citizen, Hamza Uluçay, who worked at the U.S. Consulate in Adana for 36 years. Uluçay was charged with having close ties to the PKK.

U.S. ambassador to Turkey John Bass, who Trump has nominated to become the country's ambassador in Afghanistan, has been enjoying his last days in Ankara, said on Monday in a video released by the U.S. State Department: "This arrest has raised questions about whether the goal of some officials is to disrupt the long-standing cooperation between Turkey and the United States," defending Topuz's work. It is clear that some officials are trying to harm the long-term relations between Ankara and Washington, and they are about to succeed, as there is a huge diplomatic crisis between the two allies now. But it would be better for Bass to check where those officials are working and for whom, since the allegations about the Turkish nationals working at the U.S. Consulates are really serious and not baseless. The fast and furious reactions from the U.S. ambassador make Turkish people more suspicious about U.S. involvement in the coup attempt. Does he want to be recalled as the one who is responsible for it all? I wonder.