From Vietnam to Middle East, Washington not good at dominoes 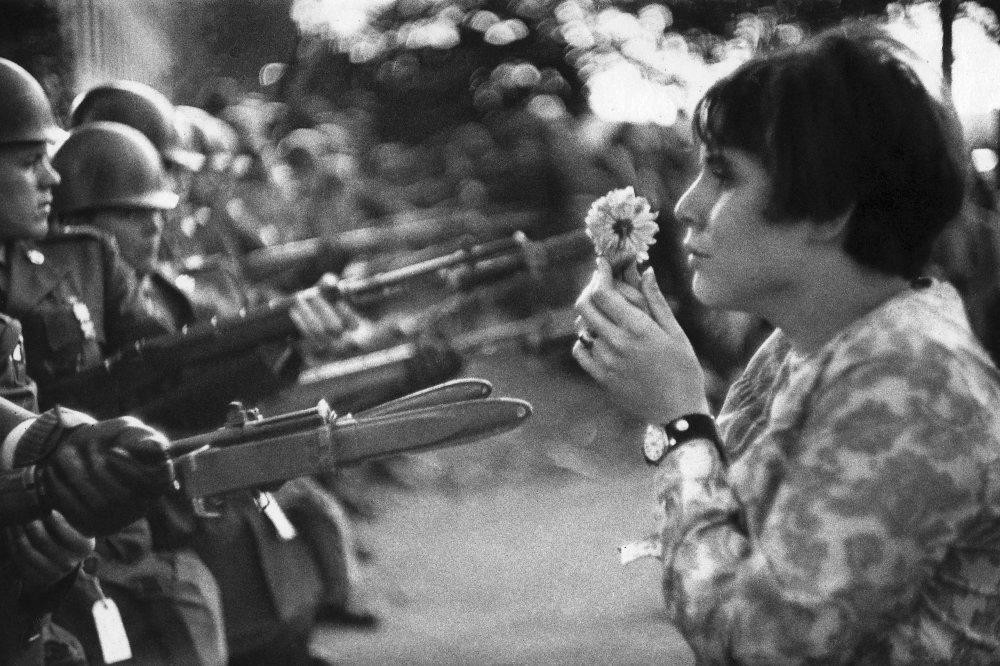 Iraq has already become the Vietnam of this century for the U.S., so it's hard to understand why Washington is still pushing for theories that don't work and spreading conflicts to a broader area

It has been 62 years since the Vietnam War, also known as the Second Indochina War, started. Although the exact dates are sketchy as there was no declaration of war, it is widely accepted that the Vietnam War started on Nov. 1, 1955 and lasted until April 30, 1975. The Vietnam War is considered the longest war that the U.S. has ever been involved in its history, taking roughly 20 years.

But in fact, American involvement in Vietnam began as early as 1950, when U.S. President Harry S. Truman sent military advisers to help the French during the First Indochina War.

By early 1954, many U.S. officials believed that the French were about to fail in their attempt to re-establish colonial control in Vietnam. Ho Chi Minh, the communist leader of Vietnamese nationalists who proclaimed Vietnam's independence in 1946 after the French lost control of Indochina to the Japanese during World War II, was close to a big victory against the French at the battle of Dien Bien Phu. According to U.S. officials, if either the war would end in a French defeat and/or an agreement, a communist regime would take control of all or part of Vietnam.

U.S. President Dwight D. Eisenhower coined one of the famous Cold War phrases in a press conference on April 7, 1954 when he said that the fall of French Indochina to the communists could create a "domino effect" in Southeast Asia. This domino effect belief was that if one country fell to communism, more noncommunist countries would fall as well. With an agreement signed in Geneva after three months, Vietnam temporarily divided into a communist-dominated north and a U.S.-supported south. And the so-called domino theory was going to dominate the U.S. perspective of Vietnam for the next decade.

The Vietnam War affected the path of the Cold War, as the Soviets supported Vietnam with ammunition, weapons, food and other supplies. In 1964, the U.S. directly and heavily intervened in Vietnam. Americans saw on TV that U.S. troops were losing the proxy war against the Soviet Union, Vietnam's big brother, who did not even send a single troop. It gave Americans the thought that the Russians were winning the Cold War. Presidents John F. Kennedy and Lyndon B. Johnson also used Eisenhower's domino effect theory to justify their calls to increase U.S. support to non-communist South Vietnam. The war ended in 1973, with great destruction and loss of life. U.S. troops were defeated and withdrawn. The South Vietnamese government collapsed and was replaced by a regime dominated by the communists.

The fight for Vietnam was one of the 20th century's great human tragedies. The death toll was staggering, as an estimated 2 million Vietnamese civilians, 1.1 million North Vietnamese troops and 200,000 South Vietnamese civilians were killed. And it was not confined to Vietnam's borders. The North Vietnamese army invaded neighboring countries Laos and Cambodia to extend and protect the Ho Chi Minh Trail, their supply corridor. The U.S. conducted secret operations in both countries, including carpet-bombing. In other words, the war spread to a broader area and caused enormous human loss and huge devastation as well as the rise of genocidal regimes.

The United States lost almost 60,000 personnel and civilians in Vietnam. According to U.S. Defense Department reports, the cost of the war was $173 billion, equivalent to more than $1 trillion dollars. Veterans' benefits and interest would add another $1 trillion. But the real cost of the war was its impact on the U.S. economy and politics. Even though some Americans avoided speaking of Vietnam, it was inevitable to stop the wave of criticisms and public anger. Some claimed the U.S. had no business in Vietnam in the first place while others argued the U.S. violence in Vietnam made the Americans no better than the communist regimes. As a result, confidence in the domino theory was undermined, and even President Richard Nixon declared the end of the Truman Doctrine and replaced it with the Nixon Doctrine in 1969, in other words he "Vietnamized" the Vietnam War. Public trust, global respect for the U.S. and Washington's prestige were torpedoed by the Vietnam War and the Watergate scandal, and it took years to recover.

The domino effect theory was discredited in the last century, but we heard it again in 2003. It was being revived as the reverse of the old theory to predict the spread of democracy in the Middle East. There were some in President George W. Bush's administration who hoped that the fall of Saddam Hussein would be followed by a democratic domino effect across the Middle East. They suggested that Iraq as the first Arab democracy would make a domino effect, starting with Syria and followed by Iran, across the entire Arab world. Washington has long wanted regime change in Syria and Iran, just as it does in North Korea, which was included in Bush's "axis of evil" along with Iran and Iraq.

Although Syria was not seen as a member of the "axis of evil," it was the next candidate in the eyes of some U.S. officials because of the CIA reports stressing its huge stocks of chemical weapons. The Bush administration criticized Syria for allegedly providing military help to Iraq even before the start of the invasion of Iraq, and Washington kept Syria under political pressure until the Arab Spring.

Well, we know how the U.S.'s democratic crusade in Iraq has gone so far. The U.S. was supposedly going to bring democracy to Iraq with the fall of Saddam Hussein, and the rest was going to follow, but today there are hundreds of Saddams in Iraq, not to mention huge destruction and loss of life.

The Arab Spring stimulated the hopes for some in Washington once again, as they thought the democratic domino theory was still alive, even though Iraq would not be the first domino to set off the expected chain reaction. Accordingly, authoritarian regimes were going to fall one by one and Arabs would embrace liberal democracy from the U.S. But then again, it was struck in Syria. President Barack Obama's administration was first to call on Bashar Assad to step down. Not only did Assad secure his place in power, but the old guard also got its power back and fought for its old place in the countries stormed by the Arab Spring.

Today the Middle East is not safe for anyone, as we saw this weekend how even princes and billionaires are hunted and trapped like rabbits in Saudi Arabia during a very risky power play. Iran is still on the American agenda and it would not be surprising if Lebanon is the next victim of the struggle against Iran after Yemen. Obviously, the U.S. is not as good at dominoes as it thinks. Maybe Washington did not see that in the last century, but it is better for it to revisit the domino theories and the ways it chooses to bring democracy to the rest of the world. Iraq has already become the Vietnam of this century for the U.S., so it's hard to understand why they are still pushing for non-working theories and spreading conflicts to a broader area.