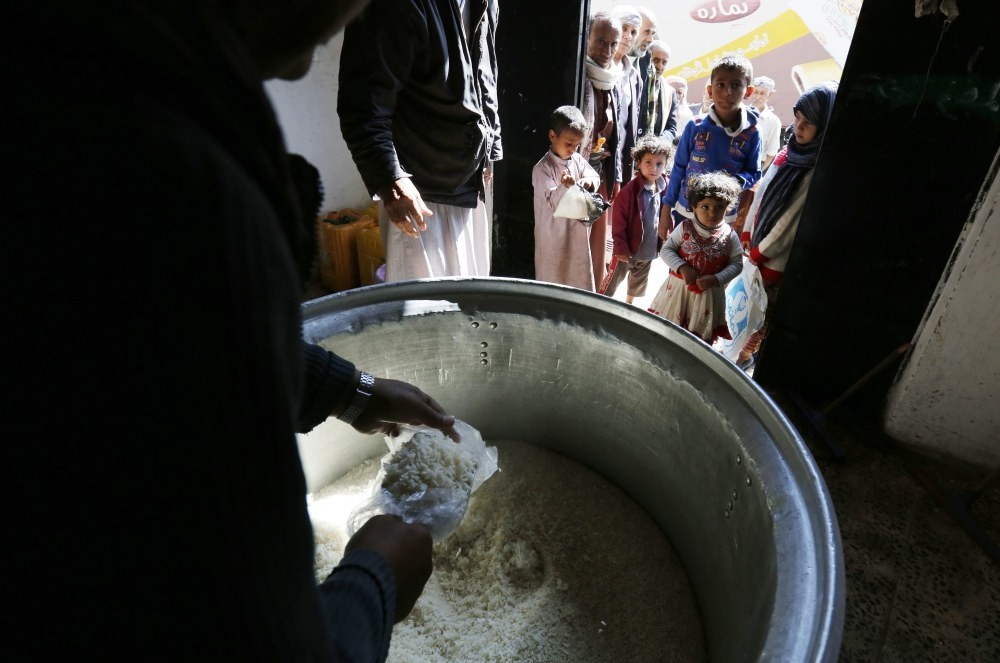 If the international system continues failing to notice tragedies in the Middle East, as it is doing in Yemen, according to the U.N. report, famine and disease will continue to grow

A couple of days ago, I saw a video on social media about the ongoing war in Yemen, one of the poorest countries of the Arab world. In it, American politicians were asked for their opinions on the war in Yemen. While some U.S. lawmakers tried to avoid giving an answer, others looked like they were not even aware of the Yemen's existence. And yet, some representatives admitted that there was something wrong with the war in the country, and that there had been no legal justification for U.S. participation in it.

The conflict, which has reportedly killed around 10,000 civilians so far, has its roots in the failure of the political transition following an uprising that forced its longtime president, Ali Abdullah Saleh, to hand over power to his deputy, Abdrabbu Mansour Hadi, in November 2011. The transition was in line with the Arab Spring, which started to storm the Arab streets with demands for freedom and democracy that turned into a new wave of conflicts in the region.

Hadi's efforts to bring reforms and stability to Yemen were slow and inefficient. In fact, there were too many issues that anybody who would be a volunteer to govern Yemen would have to deal with, including al-Qaida attacks, the rise of separatism, a divided military, bad economy, poor employment and corruption. But the rise of Iran-backed Houthis rebels who saw the weak government as an opportunity to make a move and fight for the cause of the Shiite minority changed the whole equation, although it was not unprecedented.

Annoyed by the rise of the Houthis, Saudi-led Arab states launched an air campaign in the spring of 2015 to restore Hadi's government, but their goal was to prevent Iran's influence in Yemen. The Saudi-led coalition received logistical and intelligence support from the U.S., U.K. and France since the beginning of the air campaign. On paper, the Western priority in Yemen was al-Qaida, but Washington was also looking to limit Iran's dominance in the southern part of the Arabian Peninsula while it indirectly cooperated with Iran-backed militias in the north during its fight against Daesh in Syria and Iraq.

Ever since the beginning, Yemen has been just another game field for Saudi Arabia and Iran, each seeking to establish its supremacy over the other. Today, the Iran-backed Houthis control most of the north, including Saana and its international airport while the Saudi-led coalition dominates Yemeni airspace. After two-and-a-half years of fighting, no camp is close to a military victory, and Yemen is suffering from an ongoing humanitarian catastrophe with no end in sight. Any attempt that would start a cease-fire, which would lead to a negotiation, so far has ended with each side blaming the other for Yemen's humanitarian disaster.

As a matter of fact, some U.S. lawmakers have been asking about U.S. involvement in the war in Yemen for a while and are pushing measures to suspend the delivery of U.S. bombs and missiles to the Saudi-led coalition, but U.S. President Donald Trump certified that Riyadh was taking precautions to avoid civilian deaths even before he made the $110 billion arms deal with King Salman bin Abdul-Aziz in June. However, if truth be told, U.S. support to the Saudi-led coalition's aggression in Yemen was a White House policy launched by former President Barack Obama and Trump is just the new U.S. president who decided to go on with it.

On Monday night, the U.S. House of Representatives finally voted 366-30 to pass a resolution and declare what everyone has been aware of for a long time, that there is no authorization for U.S. support for the Saudi-led war in Yemen and that it has nothing to do with the legislation that allows the U.S. president to combat terrorism abroad. The resolution also condemns civilian deaths, starvation and the spread of disease and admits U.S. responsibility for the humanitarian crisis, but one would be disappointed to expect much more. There will be no practical consequences, and it will do nothing to end the U.S. role in the conflict.

Right after the resolution, a new air raid by the Saudi-led military coalition put Yemen's international airport in Saana out of service on Tuesday, jeopardizing relief shipments to the country. The Saudis intensified airstrikes in Yemen, which is also currently on the brink of famine, since the Houthis fired a ballistic missile at Riyadh a week ago.

Mark Lowcock, the U.N.'s humanitarian chief, who recently visited Yemen warned last week that "Yemen will be gripped by famine – one the likes of which the world has not seen in years – if the blockade on basic supplies into the country imposed by the Saudi Arabia-led coalition is not lifted immediately." James McGoldrick, the top U.N. aid official in Yemen, also urgently called on the Saudi-led coalition this week to open all Yemen's sea ports, saying it risked undoing the fight against cholera and starvation, with 7 million already in "famine-like conditions." So neither Saudis nor Iranians are winning in Yemen, but they keep fighting while Yeminis pay the heavy price.

Unfortunately, it looks like warnings of humanitarian organizations are falling short of the goal as Yemen is suffering from a lack of international awareness as well as food, medicine and other humanitarian supplies. It is obvious the countries directly or indirectly involved in the conflicts do not care about lives, but the international community has also lost its sympathy for the people who are suffering from humanitarian crises in these areas.

It is terrifying that people cannot be sure of which news reports are based on facts and which are fabricated these days, and that they are losing their sympathy with people in need in the age of fake news. But the U.N. sources on the ground are still trustworthy and reliable when it comes to humanitarian issues, although the U.N., as an institution, has lost its credibility due to its inefficient, self-serving and wasteful structure and policies.

Yemen is the forgotten war in the Middle East in the shadow of Syria, and the international news media has a big role in it. There is still a lot to do before it is too late. Let's start with trying to bring Yemen to people's attention and then raise awareness of the suffering there.