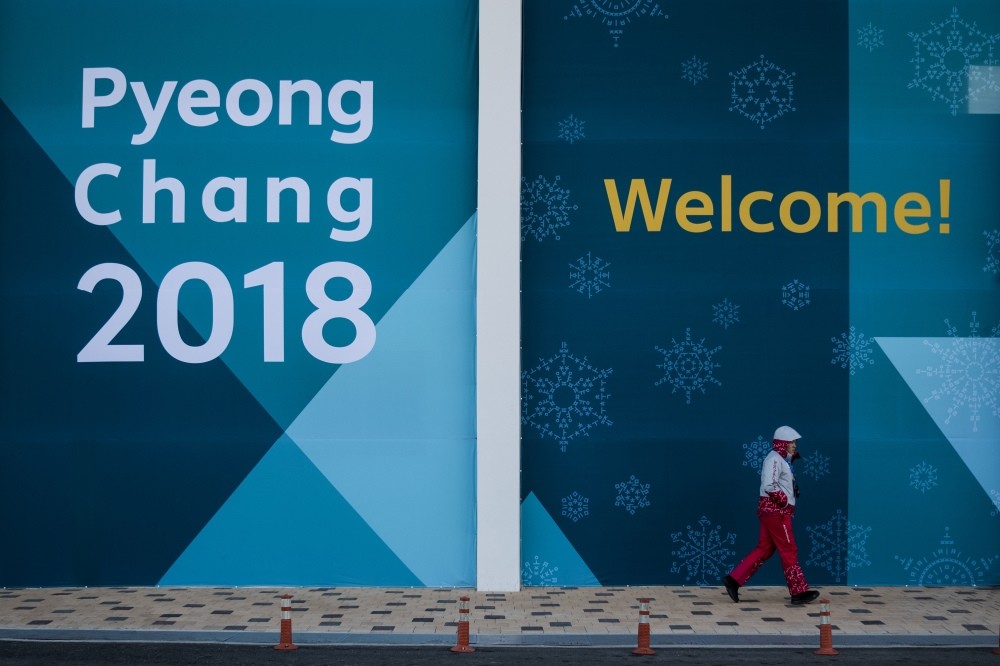 As the Pyeongchang Winter Olympics approach, is chance for lowering tensions in the crisis between South and North Korea?

I was visiting South Korea this summer when U.S. President Donald Trump's administration signaled that it wanted new, harsher economic sanctions on North Korea. Four days before I arrived in Seoul, North Korea tested intercontinental ballistic missiles (ICBMs) on July 4, 2017, which was confirmed by U.S. officials. It was in all the headlines. Analysts saw the test as a milestone in Pyongyang's efforts to develop long-range missiles that can carry nuclear warheads. They said that it would take several more years and many more tests to perfect such a weapon, but North Korea's ICBMs put an increasing area of the world, including Alaska and parts of Canada, under threat.

The tensions on the Korean Peninsula had once again escalated in the past few months as North Korea's missile tests allegedly displayed the increasing sophistication of Pyongyang's nuclear weapons program. In response to earlier North Korean tests at the end of February 2017, Seoul authorized the U.S. to begin its Terminal High Altitude Area Defense (THAAD) system in the country, which China had previously called a provocation. Both China and Russia called on the U.S. to abandon joint military exercises with South Korea in exchange for a freeze on North Korean tests. China is generally considered North Korea's only major ally, but it looked as though Beijing started to develop a rather cooler attitude on Pyongyang this past summer. Global pressure on North Korea propelled by sharp U.S. criticism received a welcome boost from China in 2017, as Beijing called on its neighbor to halt its missile and nuclear tests.

In a short while, Trump signed into law new sanctions on North Korea, Russia and Iran. Members of U.S. Congress supported the legislation overwhelmingly. In addition to that, the U.N. Security Council unanimously backed a U.S.-drafted resolution that significantly strengthens sanctions on Pyongyang with a ban on exports aimed at depriving North Korea of $1 billion in annual revenue.

North Korea escalated its criticism of the U.S. as well as its neighboring allies, warning that it would "mobilize all its resources to take physical action in retaliation to the latest round of U.N. sanctions." According to the U.S. and its global supporters, the new sanctions would be the last chance for Pyongyang to stop its nuclear tests and bring North Korea's leader Kim Jong Un to the negotiating table. However, it will mostly affect the people of North Korea who are stuck in this mess.

At the end of November, North Korea ended its longest silence regarding missile tests in 2017 with what allegedly appeared to be its most powerful version yet of an intercontinental ballistic missile meant to target the U.S. It was reportedly Pyongyang's 20th launch of a ballistic missile last year and likely its third successful test of an ICBM following the launches in July. The Trump administration slapped more sanctions on North Korea, and the U.N. Security Council unanimously voted to apply tougher sanctions.

Meanwhile, South Korea grappled with a severe political crisis and the election of a new president in 2017 before the tensions with the North re-emerged. After former President Park Geun-hye, known for her harsh approach to Pyongyang, was removed by a court and jailed on corruption charges, Moon Jae-in, a liberal, former human rights lawyer, was inaugurated in May. Moon, whose election set up the South's first liberal government in a decade, made a campaign vow to reconsider the THAAD deployment that was authorized by his predecessor. He has favored closer ties with North Korea, saying hardline approaches failed to prevent the North's development of nuclear-armed missiles and only reduced South Korea's voice in international efforts to counter the North. Moon invited North Korean taekwondo practitioners to stage a historic performance in South Korea at the start of the martial art's premier international competition in June. It was the first North Korean-led International Taekwondo Federation (ITF) event held south of the border and the ITF's first visit to South Korea since 2007. Moon also proposed that South and North Korea form a unified team to compete in the 2018 Winter Olympics, which will be held from Feb. 9 to Feb. 25 in Pyeongchang, South Korea.

After months of giving South Korea a hard time since the members of the North Korea-led ITF demonstrated their skills in the South, Kim said in his New Year's speech that he was willing to send a delegation to the 2018 Olympics in the South. Moon responded by saying, "I appreciate and welcome the North's positive response to our proposal that the Pyeongchang Olympics should be used as a turning point in improving South-North relations and promoting peace."

The 2018 Pyeongchang Winter Olympics are starting in less than a week and now everyone is wondering if there is hope that North Korea's participation in the Games could help foster dialogue and lower tensions that have risen again since Pyongyang's ICBM tests in 2017, which prompted condemnation from the U.N. Security Council. Pyongyang has called the strengthened U.N. sanctions as an "act of war."Despite the Cold War boycotts in the 1980s, the notion of the Olympics as peacemaker still endures. And the news from the Korean Peninsula is good so far.

According to reports, North and South Korea will march under a united flag and field a joint team in women's ice hockey in Pyeongchang. Pyongyang is sending a 140-member orchestra, a cheering squad of young women and 22 athletes to compete in ice hockey, figure skating, short-track speed skating, cross-country and alpine skiing.

It is not hard to guess that there have been some protests in Seoul these days asking for a stronger U.S.-South Korean alliance against the North, carrying Trump posters and burning images of Kim. Surely there are pessimists in the South who do not believe in the possibility of peace and say that there are only military options. But the majority of the people of South Korea, especially the younger generations, increasingly argue that peace is the one and only option for the future of the Korean Peninsula.