Who will hold Assad accountable? 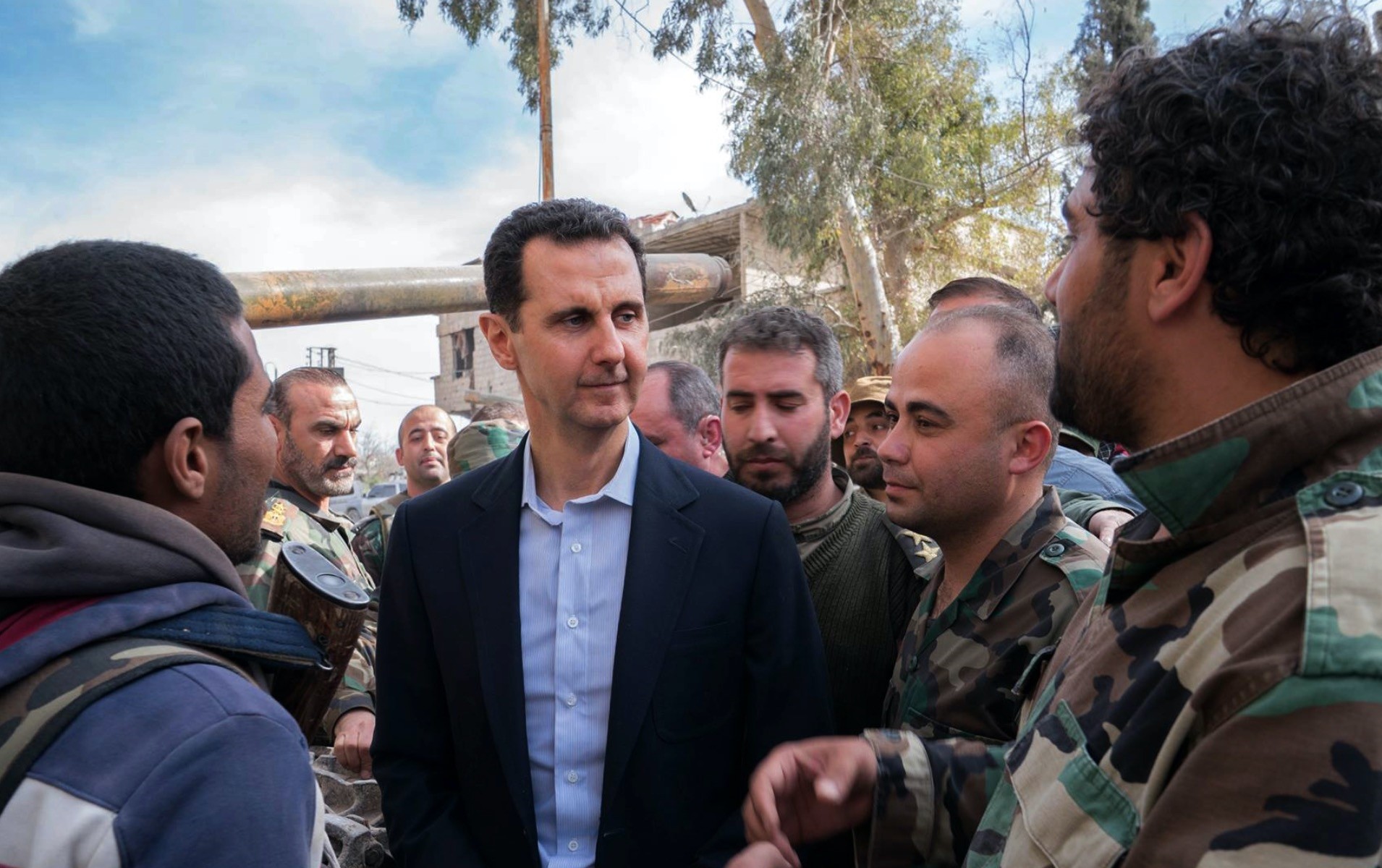 On Saturday night, Syrian activists reported a brutal chemical attack in Syria's Douma, the last remaining city under opposition control in Eastern Ghouta, located approximately 10 kilometers northeast of Damascus, Syria's capital. The photos circulated on social media were horrific. At least 75 people, mostly women, children and babies, were seen foaming at the mouth, suffocating and choking, and hundreds of others were injured. First there was silence on social media. Then people started to react by asking who would benefit from such an attack. Questions surfaced: "Why would the Bashar Assad regime do such a thing if he is winning?" or "Who is angry with U.S. President Donald Trump's intentions of pulling out of Syria?"

Of course, the Assad regime denied the accusations, saying that the reports were fabricated. Eastern Ghouta has been the target of heavy strikes from pro-regime forces and their allies for months. On Friday, the Assad regime launched a fierce air and new ground offensive on Douma. As Eastern Ghouta has become a hell on Earth for the civilians trapped in the city, one opposition group, Jaysh al-Islam, which has long been supported by Saudi Arabia, has not given up fighting the regime yet.

Russia said a deal had been reached to exile the fighters earlier Friday, however, Jaysh al-Islam denied it, heightening the possibility of further violent attacks by pro-regime forces and more suffering for civilians trapped in the area.

While Turkey condemned the use of chemical weapons in Douma with an official statement released by the Foreign Ministry on Sunday, a spokesperson for President Recep Tayyip Erdoğan, İbrahim Kalın, said, "The Syrian regime must give accounts for the attacks in various regions of the country at different times." Hundreds of thousands of people have been killed in pro-regime attacks in Syria since peaceful protests in 2010 and 2011 turned into a bloody civil war. According to U.N. findings, the Syrian regime has used chemical weapons more than two dozen times during the war. However, observation groups claim that the number is much higher.

Erdoğan also called on the West to turn around and look at the children, women and civilians being slaughtered and "martyred" in Eastern Ghouta on Sunday, and added: "Shame on those who use the humanitarian tragedy in our region for their own political agendas and benefit. Your democracy, human rights and your understanding of diplomacy is a shame."

Hosting more than 3 million refugees who fled the war-torn country, being seriously affected by the violence inside Syria and threatened by the terror groups that have tried to take advantage of the chaos, Turkey, a long-time NATO ally, has warned Western countries that underestimating the situation in Syria could have serious consequences. Ignoring Ankara's calls, former U.S. President Barack Obama's administration convinced Western countries to change their Syria policies in 2013, abandoning the Syrian opposition that they had encouraged in the beginning of the fight against Assad to deal with Daesh, simply ignoring the circumstances that bred the notorious terror group in the first place. Two superpowers, the U.S. and Russia, came to Syria alleging that they were fighting terrorism. But even before that, regional powers Iran and Saudi Arabia tried to change the path of the civil war in line with their own interests. This is how Syria turned into the worst man-made disaster since World War II.

Ankara had to deal with the problems caused by its neighbor and started in 2016 to discuss ways to wind down the fighting inside the devastated country with Russia and Iran, backers of the Syrian regime. Russian President Vladimir Putin and Iranian President Hasan Rouhani met with Erdoğan in Ankara last week for a second leaders' summit after Sochi and discussed the next stage of the Astana Process as the guarantor countries committed to achieving a lasting cease-fire in Syria.

U.S. President Donald Trump on Sunday accused Russia and Iran of backing Assad saying there would be a "big price to pay" for the apparent chemical massacre. Trump also blamed Obama for failing to take action against the Syrian dictator Assad in the wake of the Douma chemical attack, tweeting: "If President Obama had crossed his stated Red Line in the Sand, the Syrian disaster would have ended long ago! Animal Assad would have been history!"

As the Assad regime began using chemical weapons against its own people in 2012, Obama warned Syria that any use of chemical weapons would cross a "red line" but failed to act after a chemical attack that killed more than 1,400 people was carried out in Eastern Ghouta. Since Obama was reluctant to keep his promise, he decided to work on a deal with Moscow to remove and destroy the regime's chemical stockpile. The agreement, in which Syria joined the Chemical Weapons Convention (CWC), is an international treaty that bans the possession and use of chemical weapons and noted that any further use would have consequences, including military intervention.

The Assad regime quickly violated the deal and has continued to use chemical weapons, including nerve agents and chlorine gas. In its 14th report since 2011 released in September 2017, the U.N. Commission of Inquiry on Syria said they had documented the use of 33 chemical weapons to date. Accordingly, 27 were by the Assad regime, while the remaining attack's perpetrators remain unclear.In 2016, Trump authorized a U.S. missile strike on Shayrat airbase in central Syria in response to a chemical weapon attack against civilians in Khan Sheikhun, but it was too limited to stop the Assad regime from using chemical weapons. Several countries have imposed sanctions, but their effects were limited. The U.N. Security Council held an emergency meeting Monday to discuss the recent chemical use, but we have only seen new threats and clashes between the pro-Assad and anti-Assad camps.

Countries worldwide have stated that chemical weapons should never be used, yet the Assad regime continues to use them. As Erdoğan said, Western countries, the advocates of democracy and human rights, have turned the humanitarian tragedy in Syria into topics to further their own political agendas. Western countries keep saying Assad must be held accountable but they also have blood on their hands since they have done nothing. As long as the world continues to shrug its shoulders about the Syrian regime's actions against its own people, the threat will stay as an abnormality that deranges the world order and erodes the international communities' belief in the effectiveness of global norms.