What would Jesus and Moses say about the brutality against Palestinians? 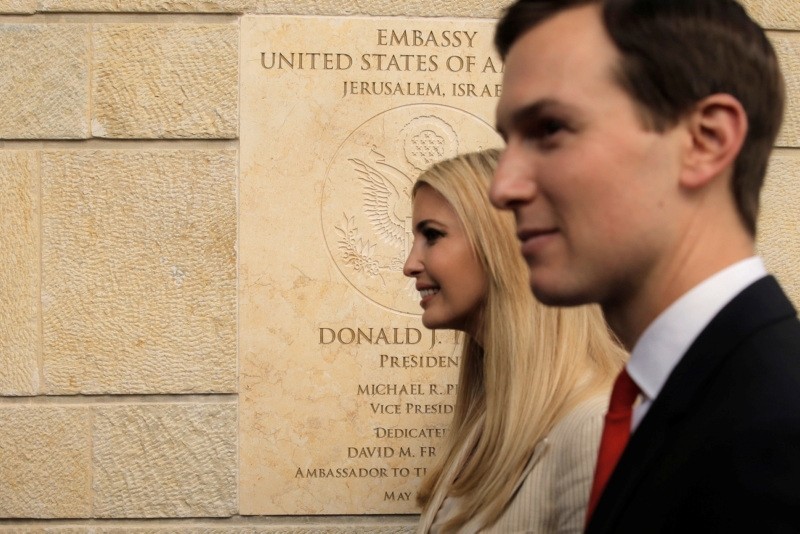 The recognition of Jerusalem as Israel's capital is Trump's gift to American evangelicals and further fuels the tension in the region, which is not endorsed by either Christianity or Judaism

Last Monday, the Trump administration, led by the U.S. president's daughter Ivanka Trump and his son-in-law Jared Kushner, held a ceremony in al-Quds (Jerusalem) to celebrate a very grotesque event - the opening of the U.S. Embassy in the city.

The highest-ranking Israeli officials such as President Reuven Rivlin and Prime Minister Benjamin Netanyahu attended the opening as it was a historic [and bloody] day for Israel. Also, two Christian evangelical pastors, Robert Jeffress and John C. Hagee were there to give prayer and benediction. The selection of the two Texas pastors who are known for insulting other religions and controversial quotes was a sign that, for some Christians, the recognition of Jerusalem as Israel's capital was U.S. President Donald Trump's gift to the evangelicals.

American evangelicals used a term to praise Trump recently: "You are modern-day Cyrus." Even some Jews, like Netanyahu implied the same, predicting the rise of a new Cyrus in his speech to the American Israel Public Affairs Committee (AIPAC) in March. And an Israeli Orthodox group, the Mikdash Educational Center produced a "temple coin" that shows an image of Trump side by side with Cyrus.

Cyrus was an ancient Persian king chosen by God to "navigate in chaos." Many evangelical speakers and media outlets today compare Trump to Cyrus, who conquered Babylon and ended the Babylonian captivity in the sixth century before Christ, a period during which the Israelites had been forcibly resettled in exile. This allowed Jews to return to the area known as Israel and build a temple in Jerusalem.

According to the American evangelist belief, Jesus is going to return to earth soon. But for that to happen, most of these Christians believe that Jerusalem has to become the capital of Israel. While for some American Christians on the right, the move to relocate the U.S. Embassy to Jerusalem was an important act of solidarity with the hardliner Israelis, for some others, the biblical prophecy in question was being fulfilled.

A 2010 Pew poll revealed that 41 percent of all Americans and 58 percent of white evangelicals are eagerly anticipating the second coming of Jesus, and they believe that Jesus is "definitely" or "probably" going to return by 2050.

For centuries, the evangelical pastors, preachers and religious TV personalities told Americans to read the Bible for predictions about the future. For years, they have insisted that Jesus will come back to earth after Jerusalem becomes the capital of the Jewish state. They have argued that the U.S. foreign policy should follow biblical models. They waited for a long time to see the U.S. and its presidents as instruments for the fulfillment of their divine intentions. And now they are cheering as Trump's recognition of Jerusalem as the capital of Israel has set in motion the events that they have long awaited and felt sympathy for Zionism and the state of Israel.

According to the evangelist belief concerning the battle of Armageddon, three events will occur. First, the Jews would retake Palestine, which was accomplished in 1948 with the establishment of the state of Israel. Second, Jerusalem will be the capital of the Jewish state, which Trump made possible, according to the evangelicals. And third, they would rebuild King Solomon's temple on Temple Mount, on which the Muslim holy site al-Aqsa Mosque has been located for centuries.

The alliance of the evangelicals and Zionists during the opening of the U.S. Embassy was kind of hypocrisy. While the Jews don't even believe in Jesus, the evangelicals who see the recognition of Jerusalem as Israel's capital as a sign for the second coming of Jesus on earth and the beginning of the apocalypse, think that Jews who don't convert to Christianity will burn forever. But they still work together to bring the rapture, or the end times.

While the Zionist Christians and hawkish Jews made the celebration with joy and laughs and applause, at least 61 Palestinians were killed and thousands were wounded by the Israeli military in just one day. Since March 30, there have been demonstrations against the escalating humanitarian crisis at the Gaza border, where many have been killed and wounded.

While most of the world countries condemned the killings in Gaza, the U.S., Israel's bodyguard, has given a green light to Israel's military to do what they want to do to the Palestinians. By moving the U.S. Embassy to Jerusalem in the first place, the Trump administration has revealed the true intentions of the U.S. and lost its claim of neutrality.

Alleging that recognizing Jerusalem as the capital of Israel would bring peace into the region and explicitly displaying its one-sided approach with regards to Israeli-Palestinian conflict, the U.S. has shown us that their only peace solution will come with the slaughter of the Palestinians. Now we see that the U.S. believes there will be no problems when there are no Palestinians left. Both Jesus and Moses would have probably been shocked had they seen all the killings, torture and oppression of the Palestinians by Israel with the consent of the U.S. under the pretext of religious prophecies.