As US midterm elections approach, it feels like 2016 again 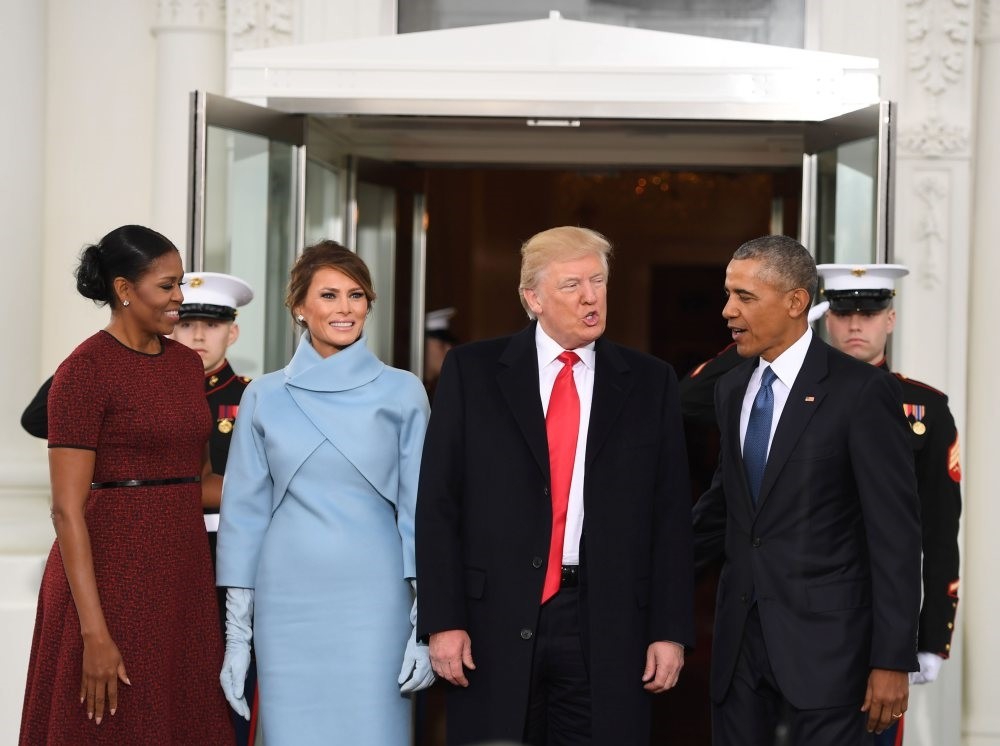 It has begun to feel more like the 2016 presidential campaign in the U.S. as voting day approaches, but this time the roles of the political players are reversed

According to some in the U.S., the upcoming midterm elections offer a referendum on U.S. President Donald Trump. It seems like Trump also shares the same view. Calling the midterm election "one of the most important of our lifetime," on Monday, Trump said "This Nov. 6, you have the chance to reject the outrageous policies of the Democrat Party. Not Democratic Party — the Democrat Party. But you've got to vote for Republicans. We need more Republicans."

It has started to feel like the 2016 presidential campaign as voting day approaches, but this time, with the roles reversed. Especially after Barack Obama – the former U.S. president – went after his successor by name last month breaking his almost two years of silence, and called on young voters to vote in November to "restore some semblance of sanity to our politics."

When Trump was asked if he watched Obama's speech at the University of Illinois, he said, "I am sorry, I watched it but I fell asleep. I found he's very good for sleeping." As someone who distantly follows U.S. politics, I also watched Obama's speech, but without falling asleep unlike Trump. Yet I did also agree with Trump that Obama is very good for sleeping. "You need to vote because our democracy depends on it… This moment really is different," said Obama. It was very ironic that Obama called Trump "a symptom of today's political climate." He said, "It did not start with Donald Trump. He is a symptom, not the cause."

Well, if it did not start with Trump, then who was responsible for this mess in the first place? You were there, Mr. Obama, you were the U.S. president. You had one job, and you blew it.

For me, a Muslim who lives thousands of miles away from the U.S., Obama was once hope for a better, peaceful world. He came to the White House with an anti-Bush discourse, an anti-war stance and huge criticism of Washington. But he became Washington itself. Not only me but also most of the people whose lives were affected by U.S. foreign policy felt disappointed and betrayed by what he turned into. The 2016 presidential election results revealed that the Americans share the same view as well. His failure to make the change he promised made people angry and they lost their hope and became impatient. Maybe, he was sincere when he said he wanted to do a good job, but he failed. He was the one who actually paved the way for Trump with his policies.

First of all, anyone who thinks that Obama was an "anti-war president" is wrong. If he was such a president, he was the worst anti-war president in history. Perhaps he did not invade another country like many former U.S. presidents, but he brought the world to the brink of a world war. Before him, it was unimaginable to think that there might be a world war soon. But today, the world is terrified of this possibility, thanks to his "slow progressive" policies.

He got American troops out of Iraq but the war-torn country ended up in another sectarian war, a seemingly never-ending one. That may be good for American soldiers and their families, but there is no hope for Iraq after years of negligence. He appeared to put effort into the Palestinian-Israeli peace talks during his first term, but he turned the whole Middle East into a hotbed of civil wars within civil wars. One of his biggest failures was Syria, of course. He was the first to say that Bashar Assad had to go and forced U.S. allies to say so, but after millions of displaced Syrians, maybe he thought he was in over his head; he decided to change his mind and started to say that Assad was not his problem.

Although his move to start nuclear talks with Iran seems like a success, in reality it was major support from Washington to Tehran to continue its sectarian violence, a green light for Iran's goal to increase its dominance in the Middle East. His threats against Russia over Ukraine and against China over the South China Sea were too weak; neither Russia nor China were scared and it made things worse. He wanted to control China and Russia with partnerships but it was the U.S. that was to be controlled. Supposedly, during his term the U.S. was going to leave the Middle East and its next stop was going to be the Asia Pacific under the "pivot to Asia" strategy. Neither happened. He was also very successful in losing the trust of the U.S.' long-time allies, like Turkey.

Even though his one and only achievement in terms of fighting terror, specifically al-Qaida, was the killing of Osama bin Laden, al-Qaida-affiliated groups like Daesh and Boko Haram, which later became stronger, independent and more dangerous than the central al-Qaida, emerged and gained strength and became a huge threat to the world during his term. He also failed to keep his promise over closing the notorious U.S. detention camp in Guantanamo Bay. We were not shocked. During his term, Islamophobia and xenophobia increased more than ever, even in the post 9/11 era. Thanks to his ignorance, the world is full of hatred, anger, intolerance and violence these days, which made the far-right gain popularity not only in the U.S. but in Europe as well.

Before the 2016 elections, Obama said, "My name may not be on the ballot, but our progress is on the ballot." He also said, he would consider it "a personal insult, an insult to his legacy" if Trump won. It looks like the Americans chose to insult him, his legacy saying, "Take your progress and go away." While asking the Americans to vote because the U.S. democracy depends on it, it would be nice for him to admit his mistakes.