Trump's decision on Syria: It should have been years ago 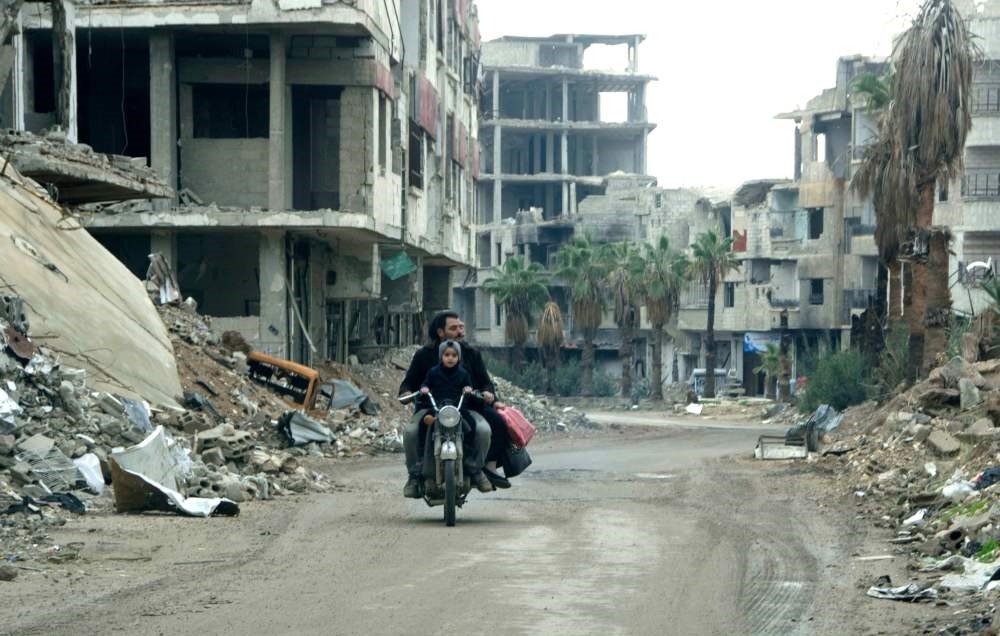 If there had been no media campaign to present former President Barack Obama as a prince who would be the savior of Syria, then his short-sightedness and failures would have been realized earlier

It all happened so quickly. President Recep Tayyip Erdoğan said that Turkey would start an operation to liberate the territory east of the Euphrates held by the outlawed PKK's Syrian offshoot People's Protection Units (YPG) two weeks ago. And last week, U.S. President Donald Trump said U.S. troops were being withdrawn from Syria.

His decision has shocked and disappointed many who have always misrepresented the PKK as 'the Kurds,' ignoring millions of Kurds who have seen the PKK and its branches as a terror organization and have been the victims of its bloody terror attacks.

There has also been an earthquake in Washington; U.S. Secretary of Defense James Mattis and U.S. anti-Daesh envoy Brett McGurk, who has been called "the Lawrence of Arabia of our time" in Turkey, resigned in the wake of Trump's Syria pullout declaration. However, it should have been no surprise as Trump said he wanted to get the U.S. troops out of Syria last year, and shown that he has no interest in staying in Syria since he came into office.

Many in Washington would like to see a PKK statelet right across the south of Turkey but Trump has given no signal of support for such a terrible idea. While others in his administration as well as the axis of Saudi Arabia, Israel and the United Arab Emirates (UAE) have been eager to see the Americans in the region to prevent Iran's expansionist activities, he has had other plans, mostly financial, to confront Iran. He has never said the U.S. presence in Syria was about Iran. Until now, he always said that the U.S. was there just due to Daesh, a trouble that he inherited from the former U.S. President Barack Obama. Now Daesh is coming to an end, and he doesn't want to stay there anymore.

As far as we understand from the reports and the official statements, the withdrawal of U.S. troops in Syria will be slow and highly coordinated with Turkey, and both presidents of the two states have agreed that Turkey will fight against all the terrorist elements east of Euphrates, and the U.S. will provide logistics support as a NATO ally should do.

Indeed, this should have been years ago. It's been seven years since a peaceful uprising against the Syrian dictator Bashar Assad turned into a full-scale civil war. Even the world wars lasted four to six years. We have seen too many inner wars in the Syrian civil war. Many non-state actors and terror groups as well as foreign fighters supported by different countries shifted the dynamics of the main war.

If the Obama administration bolstered the U.S. leading partner, Turkey, whose military forces are ranked the second largest army in NATO, in the region, not only Syria would not have turned into such a hellhole, but also the far-right and left-wing parties in the West would not have started to gain popularity using refugees as scapegoats.

Not only did he fail to find a solution for the escalating Syrian civil war, Obama made everything worse, stirred up the Syrian crisis to spread across the whole region, abandoned innocent Syrians and disappointed Turkey, a trusted NATO ally.

Because of U.S.-backing, the PKK got the idea that they can carry the fight into Turkey and organized many terror attacks in our country in 2015-16. Ankara had warned the Obama administration many times following 2011 about Syria and similar warnings were given again and again to Obama by the then prime minister, Recep Tayyip Erdoğan with regards to the rising chaos in Iraq.

The Maliki government's sectarian approach was clearly producing anarchy and violence. Both Assad's and Maliki's bloody policies were the main reason for extremist groups such as the notorious terror organization Daesh finding a space to be born from the ashes and emboldened. Actually, Obama had neither a dedicated plan nor real willingness to stop the escalating crisis in Syria. Thanks to him, both terror groups and the Assad regime took benefit from the resulting quagmire.

Obama's false promises and inconsistency jeopardized and even contradicted the U.S. administration's claim to stabilize the region. After Mosul fell into the hands of Daesh so easily in June 2014, he realized that he was wrong.

It took months for Obama to find a strategy. When a strategy was finally found, it was wrong again. Initially he founded an anti-Daesh coalition and started airstrikes. But it was obvious that the airstrikes would not stop Daesh without a motivated and adequately organized armed force on the ground.

As the U.S. administration was trying to keep its soldiers out of Syria, the Turkish Armed Forces (TSK) should have been the ones to fight the terror elements, training the Free Syrian Army (FSA) with the support of its NATO allies. But instead, the Obama administration chose the YPG, a branch of a designated foreign terror organization by the U.S. and the EU, as its proxy army on the ground.

If there was no media campaign to present Obama as a prince who would be the savior of the Middle East with his intellectual capacity and fancy words, then his clumsiness, short-sightedness and failures would have been realized earlier.

The Western mainstream media that whitewashed the recklessness of the Obama administration, and have also tried to portray Turkey as a country that blows hot and cold, drags her feet and prevents an intervention against Daesh in the mess. But in fact, it was Obama who was dragging his feet, and in doing so took the whole region to the edge of a cliff.

After a long period of showing patience, Ankara took action by itself to protect its soil in 2016, as it couldn't depend on Washington's erratic approach to the crises that have engulfed our region. Turkey has always been looking for ways to drain the swamp, not only temporary solutions to kill the mosquitoes, but the way to resolve the crisis in the long term. If Obama did not fail in Syria again and again, Russia would not be the one, which Turkey has preferred to work in order to stop bloodshed. Welcoming President Trump's decision and hoping that we won't see any black operations to sabotage the proceedings during the U.S. troop's withdrawal and the Turkish army's filling the void, I want to reiterate once again – this should have been done years ago.