The US is not a naive bystander in Yemen 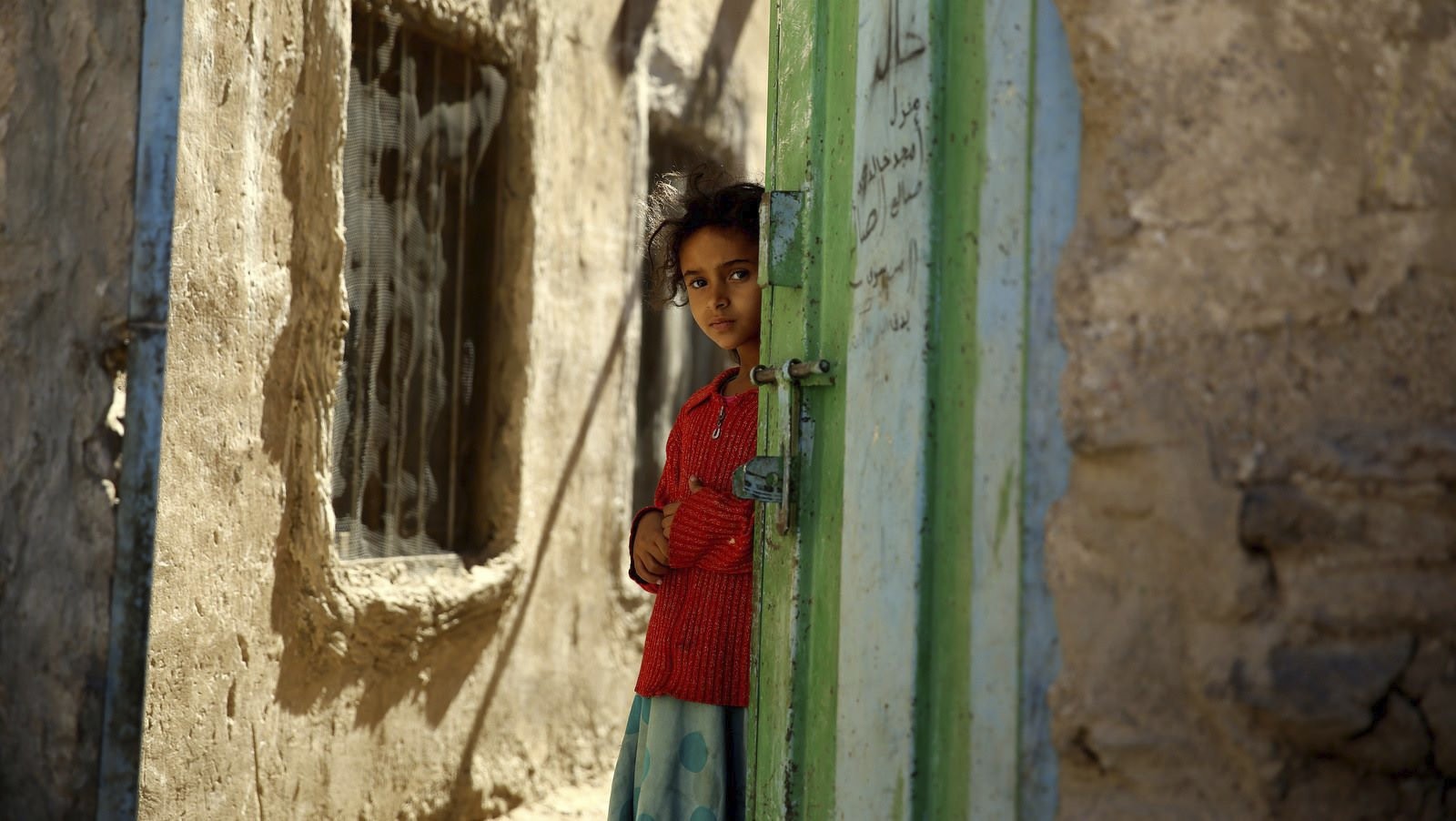 The civil war in Yemen has not only been the job of the U.S.-backed Saudi-UAE alliance. The Iran-backed Houthis have also played their part very well. However, most of the damage in Yemen has come from the airstrikes of that coalition

The U.S. Senate passed a resolution last month calling for an end to U.S. military support for the Saudi-led coalition in the Yemen war. The measure, which passed by 56 votes to 41, also asserted Congress' right to decide on matters of war and peace. The independent Sen. Bernie Sanders, who had pushed the resolution persistently, called it "a historical moment."

Many of us thought the brutal assassination of the Saudi critic and Washington Post journalist Jamal Khashoggi would show how important it has become for the U.S. to review its relationship with Saudi Arabia, considering the facts that the kingdom has been violating human rights again and again. We hoped that the U.S. could have started by ending the U.S. support for the war in Yemen, where horrific human rights abuses as well as war crimes have become routine.

al-Qaida in the region

However, let alone cutting the support for the Saudi-led war in Yemen, the U.S. itself has been going on in its fight in the country, which is one of the world's poorest countries, ignoring civilian casualties. For years, the U.S. has considered the Yemeni branch of al-Qaida, or al-Qaida in the Arabian Peninsula (AQAP) as one of the most dangerous al-Qaida affiliates. The Barack Obama administration was better at targeting civilians with drones than his predecessors; however, the fight against AQAP escalated with a huge impact on civilians under the Trump administration, despite the fact that the ongoing multi-front civil war has led to the world's biggest humanitarian crisis, according to the United Nations.

"Frontline," the PBS documentary series, revealed U.S. Special Forces raids, thanks to the correspondents on the dangerous front lines of the bloody war zone, including Safa Al Ahmad, a Saudi journalist and filmmaker. In their documentary series "Targeting Yemen" the "Frontline" series has tried to speak to witnesses and survivors to shed light on the impact of the multiple wars on the civilians in the country, including deadly U.S. drone strikes and ground raids. So we can see how the U.S. counterterrorism strategy is going in Yemen, the country forgotten by the world.

I must admit that I broke into tears when I watched "Frontline" as eight-year-old Mujahid told us what happened in his tiny village while standing on the ruins of his house. The U.S. raid on Mujahid's village took place on May 23, 2017, and Safa Al Ahmad has been the first foreign journalist to visit the village since then, according to the villagers.

Mujahid was explaining the U.S. ground raid with an ironic smile on his face, as if he was telling an old story, maybe it was because of post trauma or the civilians there have already got used to those attacks. He said, "The came from far, far away. There were so many of them," showing the hills. When a villager asked, "What happened to you?" Mujahid simply answered: "America…"

A block of cement from the roof fell on his back since they were all sleeping when almost 50 U.S. soldiers came to the village from the valley and the hills. Not only his house, but also his back and hearing were damaged during the attack. The villager asked "Where is your uncle," and Mujahid said, "In heaven. All of them are…"

At that time, the Pentagon said seven terrorists were killed with no civilian casualties. But a U.N. investigation later found that five civilians were also killed, including an 80-year-old man in the raid by 50 U.S. soldiers, helicopters and drones, which the villagers described as an apocalyptic scene. Five civilians lost their lives for the sake of killing seven AQAP terrorists. I am sure this is neither fair nor ethical.

The U.S. Department of Defense (DOD) defends itself saying that they put great effort in avoiding civilian casualties during U.S. operations in Yemen. The U.S. has waged a drone war in Yemen for 16 years, trying to suppress AQAP. It looks like there is no end in the horizon and no one asks, "What are we doing wrong?"

Although DOD claims they avoid civilian casualties, it is a widely known but barely spoken truth that the civilians killed by U.S. drones include numerous children, which has been the hidden cost of the war. The Obama administration carried out 154 operations with armed drones in Yemen, while the Trump administration dramatically ramped up the use of drones with 176 strikes so far.

It's almost impossible to know how many civilians were killed by U.S. drones since there are multiple fronts in the wars in Yemen, however several databases trying to track the deaths such as the one of the Bureau for Investigative Journalism suggest that at least 1,020 were by airstrikes from 2009 to 2016 under the Obama administration, and 205 were killed in 2017 and 2018. We can assume that the number is much more than the statistics, as we learned in Afghanistan, Iraq and lately Syria.

The most stinking part of the situation in Yemen is that the U.S.' allies Saudi Arabia and the United Arab Emirates (UAE) cut secret deals with AQAP fighters, paying some to leave key cities and towns and letting others retreat with ammunition, weapons and cash, while hundreds more were recruited to join the Saudi-led coalition itself, according to an Associated Press (AP) investigation in August last year. The Saudis and the UAE have had the upper hand to end the civil war, which has turned into a humiliating mess for the kingdom since they are not able to win against the Iranian-backed Houthis, although they spent a fortune for a victory. So why wouldn't they cooperate with the AQAP fighters since those are the most experienced ones on the ground?

AP also argued that the U.S. was aware of those arrangements. So, the U.S. is working with its Arab allies with the goal of eliminating AQAP in Yemen on one side, and on the other side, in order to win the civil war against the Iran-backed Houthis, it lets the Saudi-led coalition cooperate with AQAP. That's a whole new level of monkey business even for the U.S. Of course, AQAP denied the AP report but AP said it stands by its reporting.

The civil war in Yemen has not only been the job of the U.S.-backed Saudi-UAE alliance but the Iran-backed Houthis have also played their part very well; however, most of the damage in Yemen has come from the airstrikes of the Saudi-UAE coalition and the bombing of civilians, which are potential war crimes. Surely, we can't omit the U.S. drone strikes.According to the U.N. and other sources, around 10,000 people have been killed in Yemen, including more than 5,000 civilians, as well as estimates of more than 50,000 dead as a result of ongoing famine due to the war. Nevertheless, I believe the death toll is maybe three or four times higher than those estimates since observation and research on the ground in Yemen is more difficult.

Although we know that the U.S. Senate was able pass a resolution calling for an end to U.S. military support for the Saudi-led coalition in Yemen, especially after the Khashoggi assassination, it is clear that it faces many obstacles in becoming law.

First of all, both Trump and U.S. Secretary of State Mike Pompeo have persistently stated how vital the U.S.-Saudi partnership is, as they are the biggest buyers of U.S. arms, suggesting that they will not even lift a finger to stop it. But the resolution itself was still something to show us that some in Washington D.C. do still care. However, the U.S. Senate should also think about the part they played in Yemen and confess about the civilians killed by American troops and drones.