Will Assad's men give flowers to Syrian women detainees on March 8? 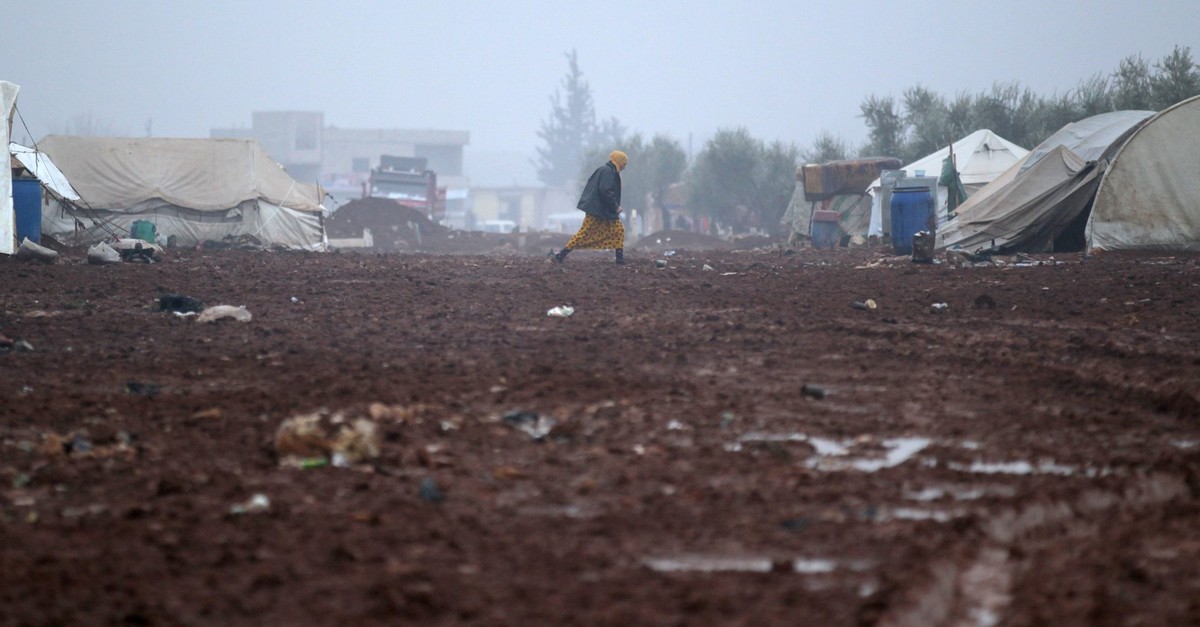 Have you ever asked yourselves why we celebrate Women's Day? Yes, I know, International Women's Day (IWD) is celebrated on March 8 every year in almost all the countries around the world but it wasn't until after women gained suffrage in Russia in 1917, that it officially became a national holiday there. Initially, IWD was observed as protests on March 19, 1911, in Western countries such as Austria, Denmark, Germany and Switzerland, where more than 1 million people attended rallies calling for the rights of women to work, vote and so on. In the U.S. it was even earlier. The first U.S. Women's Day was held in 1909. Finally, the United Nations adopted the day in 1975, and it became a global celebration day.

But personally, I don't like celebrating IWD as it has turned into something else; it looks like IWD is not about the progress women have made on equality, freedom and rights anymore. The day has become something like Valentine's Day or New Year celebrations in many countries. Please don't get me wrong, but many men becoming sneaky by sending roses to women on IWD. And then, they go back to their lazy mood for 364 days and don't care about the rights of women in daily life at all.

The dream is lost

It was once a day where we promised to commit ourselves to increase our efforts to achieve equal access to employment, education, politics, social equality and other opportunities, not only for ourselves but also for women around the world. It was a day to remember the brave and determined women who played an extraordinary role in history no matter what kind of troubles they came across and paved the way for us to carry the flag to the future.

However, recently I think that we are retrogressing even though there are still a lot of things left to do. I am not talking about discrimination in offices where women are paid lower than men who do the same job, or online abuse and similar, because when compared to the increasing number of women who are under risk of violence, torture, rape and death in conflict zones, all of the above begin to look like the "next step" for me. You might say that those are not only women's problem, but rather all of humanity is responsible for them. But if we don't fight for their rights just like the women who made history, then how can we expect more from the world which is becoming dangerous daily, especially for women and children?

The violation of rights

While domestic violence for women is a major problem all over the world and a violation of women's human rights, the number of women who need help in conflict zones or concentration camps, or even in countries which looks normal, are increasing every day, according to reports.

According to surveys, India is the most dangerous country in the world to be a woman because of the high risk of sexual violence, including gang rape and slave labor. They are also faced with acid attacks, female genital mutilation, child marriage and physical abuse. While nine of the top 10 countries on the list of recent surveys are from Asia, the Middle East or Africa, number 10 is the U.S., the only Western country to be included on the list. That might be because of the #MeToo movement, which has been criticized for speaking only for white, privileged women despite its black female origins.

Afghanistan, Syria, Somalia, Saudi Arabia, Pakistan, Democratic Republic of Congo, Yemen and Nigeria are between India and the U.S. respectively on those survey lists.

Don't you think that the women who live in those countries also deserve some campaigns for such as #MeToo? Since they can't speak for themselves, shouldn't we be the voice of them? As you can see, most of them are in conflict zones. Shouldn't they find a place on the tables such as Syria peace talks? Shouldn't they tell us their stories, which are really brutal, violent and unbearable? If men are so busy talking about geopolitics, and looking for new ways to mess up things in the international arena one more time, shouldn't we become the defenders for these women?

The number of women who have to survive in countries which are torn by civil wars are enormous and the statistics cannot be trusted as they are silenced. They are detained and put in prisons, used as bargaining chips, treated as tools for their enemies. They are tortured, raped and killed, these are not only violation of women rights, they are also war crimes. Children are also in danger of malnutrition, maltreatment, abuse and violence in these areas. Some might be able to survive, but even so, they will be victims of those traumas both physically and psychologically for their whole life. You can be sure of that, almost all of them will suffer from the psychological effects of what they have been through, and will have mental health disorders such as post-traumatic stress disorder. Then, the countries, which declared war on terrorism and carpet bombed the zones where the terrorists exist and ignored the civilians will ask once again on why they can't bring an end to terrorism.

I am not just talking about Daesh, the notorious terror organization, which has become more dangerous than al-Qaida. They killed women, raped them and sold them in slave markets, or PKK terrorists, who have been depicted as secular fighters who bravely stood up against Daesh, but in fact have a huge record of violence against women, even though the Western magazine papers or even serious articles try to show the PKK's female terrorists as "modern Kurdish women" who are free and fight side by side with men.

But let's talk about the others, who are forgotten because of war inside civil war, such as the Syrian civil war for instance. Let's give some statistics. According to the Syrian Network for Human Rights (SNHR), an independent, neutral, nongovernmental, nonprofit human rights organization, at least 8,633 women are held in various detention centers belonging to conflicting parties in Syria.

At least 7,009 of them are currently in the prisons of the Bashar Assad regime and are being held without trial. Since the start of the civil war in 2011, at least 13,581 women were detained by regime forces. They are subjected to torture and rape, according to the testimonies of the ones who are lucky enough to get out and who witnessed the horrors and the sufferings inside.

The SNHR data reports that regime forces are responsible for a total of 7,699 rape cases in Syria involving at least 864 women and at least 432 under-age girls held in detention centers. However, it is known that the actual number of women raped in prisons is much larger than these figures since most of the arrests are not recorded and the victims are forced to remain silent.

An international nongovernmental organization launched a petition on Feb. 28, demanding the immediate release of women and children imprisoned in Syria, mostly by the Syrian regime. Once the signatures reach a sufficient number, the petition will be presented to the United Nations as well as the Turkish, Russian and Iranian governments for their endeavors within the Astana process to achieve peace in Syria.

The Conscience Movement, which has brought many women and men from different countries for this cause and has accounts on social media in different languages (for instance @conscienceorg on Twitter in English) aims to raise awareness of the plight of these Syrian women and children, since states are not working on this issue.

The campaign can be supported by signing the petition on the website, sign.consciencemovement.org. The movement was born from an initiative, the Conscience Convoy, to show solidarity with imprisoned Syrian women on International Women's Day on March 8 in 2018. Nearly 150 buses traveled from Istanbul to the Turkish-Syrian border, carrying thousands of scarves representing female prisoners. Maybe, it is not a #MeToo movement, but it is definitely a "that could be me" initiative.

It is something we can do easily with one click, something that will make us the voice of the silenced. Also, on March 8, there will be protests in many cities all around the world, including Istanbul and London by the same initiative. If you would like to take a step ahead and stop being happy by getting roses, you are welcomed there. Do you think that the guardians in those prisons gave roses to their detainees on March 8, or stopped beating, torturing or raping them just for one day?