The last elections in Turkey until 2023 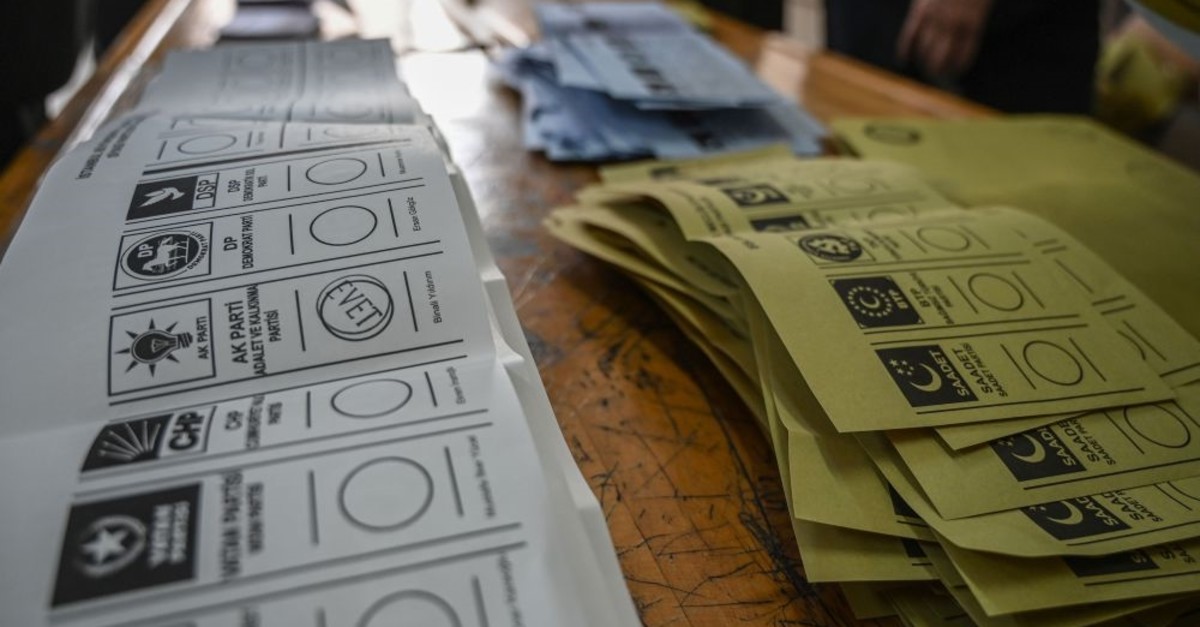 While I was writing this piece for Daily Sabah on Sunday, Turkish people were still casting their ballots in the country's 81 provinces to choose their provincial mayors, district mayors, city council members and other local officials. I headed to the poll earlier in the morning, came back home and started to write. I had no idea who would win the race in each city. It is actually really hard to make an analysis with no clues and that makes one recall the last local elections, presidential elections, general elections and referendums in Turkey's recent history.

After today, there will be no elections in the country until 2023 as all elections are held every five years. Turkey has been through a lot in recent years but Ankara has never let terror attacks, attempted coups or other hardships prevent people from going to the polls and making their choices. No matter what the international media says about Turkey or how the people around the world perceive our country due to the huge defamation campaigns, there is a great commitment and respect for democracy in Turkey. In fact, heading to the polls six times in the last five years was kind of opening the way for the people to show what they thought about the internal and external politics of Turkey.

Of course, anti-Recep Tayyip Erdoğan circles inside and outside of Turkey have tried to turn all the elections into a referendum about President Erdoğan. Even during this municipal elections campaign period, they tried to do so; however, the attempts remained weak.

Just like the June 24, 2018 general elections, two alliances came to the forefront during the campaign period: The People's Alliance, which is formed by the conservative democrat Justice and Development Party (AK Party) and the nationalist conservative National Movement Party (MHP), and the Nation Alliance, which is formed by the leftist Republican People's Party (CHP) and the far-right Good Party (İP) supported indirectly by the pro-PKK Peoples' Democratic Party (HDP).

The two alliances worked really hard; however the atmosphere of the campaigns was more like a general election period instead of local elections. According to polls, there were too many undecided voters (I must say that I never bet on surveys), which would determine the election results; since the polls show that the potential votes for the two alliances were too close. In addition, those undecided voters were expected to increase turnout, but at the time I wrote this column, I didn't expect a record turnout as we saw in recent years. It is quite normal for people to get exhausted after going to the polls every year in the last five years. And yet, it would not be as low as it is in other countries.

I think that undecided voters would look back at the past first and then at the future to decide which side's triumph they want and which alliance would serve better for the future. They would ask themselves which alliance or party would be better with regards to municipal services if they mostly care about local affairs. If their priority were the aftermath of the elections, such as sending a signal to the political parties, they would decide accordingly; they would either decide to vote or not to vote to show their reaction. That would mostly depend on the promises and deeds of the political party leaders during the final stretch of the race.

As I mentioned in my last column, the arguments of the political party leaders was over Turkey's foreign policy agenda and economic hardships. The leaders should have been talking about municipal services, local promises and their aims and goals for the cities if they won. However, the Nation Alliance, or the anti-Erdoğan alliance we can say, tried to turn the race into a referendum about Erdoğan once again.

The zigzagging relationship between Turkey and the U.S. has affected the Turkish economy; the unexpected sanctions, in particular, caused the Turkish lira big losses in the summer. The currency was stabilized after a while, but the recent attacks against the country's economy made people unable to predict the economy in the future. In addition, the world recession made it hard to think positively, like anyone in the world. The Nation Alliance used this confusing situation against the People's Alliance. In return, the People's Alliance said the economy was not the real problem showing the AK Party's successful economic story in the past. According to the People's Alliance, the real problem is the threats coming from outside of Turkey. Actually, the last financial assaults by the U.S. on the Turkish economy were an example of that.

U.S. support to the PKK terrorist group's Syrian offshoot, the Democratic Union Party (PYD), and its armed wing, the People's Protection Units (YPG), has been a national threat and an existential problem in the eyes of the People's Alliance.

That is why the pro-PKK HDP couldn't be an official partner of the Nation Alliance. However, HDP Chairman Sezai Temelli didn't hide anything when he said that the Nation Alliance would win in big cities such as Ankara and Istanbul with the support of the HDP. He also said that they prepared the candidate lists together. His claims were not denied either by the CHP or the İP. Due to this unofficial and "secret" alliance, some party figures in the CHP and the İP resigned as they found it unethical and treacherous.

On the day of the local elections, one Turkish soldier was killed in an attack carried out by the YPG in northern Syria near the area where Operation Olive Branch was conducted. The soldier was killed as a result of a mortar attack by the YPG, while another soldier was also injured, according to the statement of the Defense Ministry's Press and Public Relations Department, noting that Turkish forces immediately retaliated. This attack clearly made voters remember the CHP chairman's denial that there was a national threat against Turkey and his words about the YPG. In a televised interview, he alleged that the YPG would "never attack us" even though the terrorist organization has done it many times.

At the end of the day, the debates over existential threats as well as the economy would determine the decision of undecided voters and the result of the elections as well.