Should we expect any concrete outcomes from the May 30 Mecca summits? 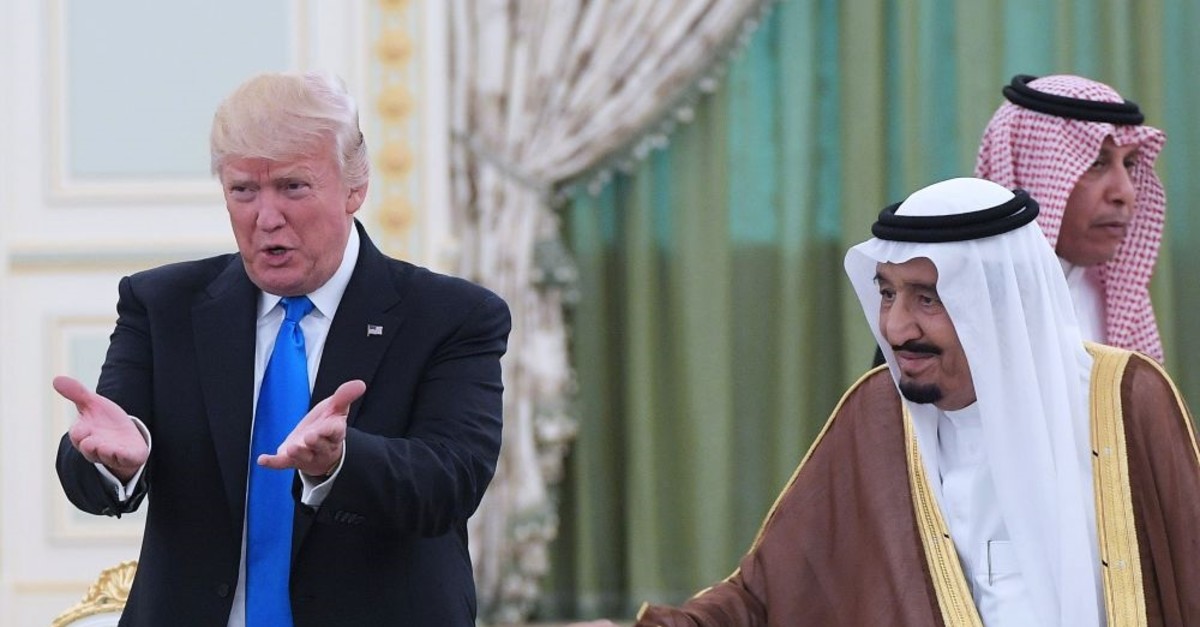 This month, the speculations over a military conflict between the U.S. and Iran have noticeably and frighteningly increased. The fear topped out after a New York Times report said that U.S. officials were discussing a military plan to send up to 120,000 troops to the Middle East to counter any attack or nuclear weapons acceleration by Iran. According to the official sources of the report, the revisions were ordered by hard-liners led by John Bolton, U.S. President Donald Trump's national security adviser, one of the administration's most hostile Iran hawks.

Trump denied the report saying that it was fake news but added, "If we did that, we'd send a hell of a lot more troops than that."

In the meantime, he ordered to send 1,500 troops to the Middle East amid the escalation with Iran while he announced that he was going to declare a national emergency, allowing him to sell foreign governments around $8 billion worth of weapons, as he wanted to sell more weapons to Saudi Arabia, the United Arab Emirates (UAE) and Jordan bypassing U.S. Congress which wouldn't approve his decision. The Middle East's waters have already heated up with the U.S. deploying an amphibious assault ship and a Patriot missile battery to bolster its aircraft carrier and B-52 bombers that it already sent to the Gulf in order to increase pressure on Iran following oil sanctions.

The bargaining diplomacy of the U.S.

In the wake of those developments, many pundits in the U.S. and Western media have started to warn Trump not to go to war with Iran and advised him that the best solution with Iran is sitting at the table to negotiate. I have come across some pieces saying that Iran is a state sponsor of terror, but it has not attacked U.S. citizens for years. As a matter of fact, those writers claim that Washington and Tehran share common interests. According to them, both the U.S. and Iran fought Daesh in Iraq and Syria; and even though Iran has repeatedly threatened to close the Strait of Hormuz, through which 30% of the world's seaborne-traded oil passes, it has never done so.

Many of those arguments are actually true from my point of view, and I think those were the main reasons that had formed a basis for former U.S. President Barack Obama's Iran-P5+1 nuclear deal. Iran and the U.S. have a lot of common interests in the Middle East, and despite its threats after the Trump administration unilaterally withdrew from the nuclear deal and started to increase pressure on Iran with gradually growing sanctions. Trump has already said many times that he was not happy with the terms of the deal with Iran; and he has never said anything specific. On Monday during a news conference with Japan's Prime Minister Shinzo Abe in Tokyo, he again said, "I really believe that Iran would like to make a deal, and I think that's very smart of them, and I think that's a possibility to happen."

Well, that's the way Trump makes his deals. From the North Korea talks to trade negotiations, he yells on Twitter and threatens in front of the cameras and speaks down to the states that he wants to bring to the table and makes them accept his terms. When he gets what he wants, he simply ignores the rest. For instance, he refused to back away from his positive assessment of North Korea while he was still in Japan, saying he wasn't "personally bothered" by the regime's recent short-range missile tests despite the contradictory views of his Japanese hosts and his own national security adviser. In fact, this is what all the U.S. presidents do, even Barack Obama, who had acted as if he was some kind of hipster in the White House. Only the tones change but the attitude is always the same.

The echo of U.S. chest-thumping

I don't doubt that Iran is also eyeing a new nuclear deal with the U.S., as it has not ramped up its enrichment of uranium for nuclear weapons despite the failure of the previous one. There is a war of words between Tehran and Washington, and a show of strength between the Strait of Hormuz and Bab el-Mandeb, however the naval units of each have never harassed each other or interfered with the freedom of navigation in international waters. So, I don't believe Trump is trying to provoke Iran into war, and Iran is ready to retaliate. But the current crisis in the Gulf will not pass since it is based on a deepening hostility between Iran and its neighbors, not a stalemate between Washington and Tehran. This is how it looks like when international affairs overlap with regional ones.

Saudi Arabia, the UAE and Israel were walking on air following the U.S.' threats of war against Iran, but the Gulf countries look like they have panicked recently. There isn't and most probably will not be a showdown between Iran and the U.S. in the Gulf, however, four commercial tankers of the UAE were reportedly sabotaged by Iran near the Strait of Hormuz, and drones sent by Iranian-supported Yemeni Houthis attacked Saudi oil facilities. That was the excuse for Trump's decision to proceed with arms sales to Saudi Arabia, the UAE and Jordan in a move bypassing Congress. The Trump administration said any delay could increase risk for U.S. partners at a time of instability caused by Iran, but it looks as if both Saudi Arabia and the UAE don't feel that the U.S. will stand behind them if there will be any further attacks to their facilities or ships from Iran and its proxies in the region. Of course, Israel's security comes first for Trump's administration and if such a big attack hits Israel, the U.S. will definitely protect Israel's interests; however the others just mean "dollars" for Trump to be honest.

As Tehran is smart enough to know that, it is not responding to Israel's airstrikes on its military points in Syria and attacking U.S. naval forces in the Gulf, but it doesn't see harm in using the opportunity to show the Gulf countries how vulnerable they are against Iran and its dominating proxies in the region. That is why, Saudi King Salman called for leaders of the Gulf Cooperation Council (GCC) and the Arab League to meet for two emergency summits in Mecca on May 30 to discuss the attacks on shipping and oil-production sites by Iran. While the UAE quickly welcomed the Saudi king's call and said the "critical circumstances" in the Middle East called for a united stand by Arab nations in the Gulf and elsewhere, it is confirmed that even Qatar, which has recently been besieged by Saudi Arabia and the UAE and seen as a hostile country, is invited to the two urgent summits in question. Qatar announced that its delegation will be headed by the minister of foreign affairs.

Plausibility of an anti-Iran regional bloc

Are Saudi Arabia and the UAE looking for a strong Sunni alliance in their geographical battle with Shiite Iran? Even so, one would be naïve to think that Iran would be intimidated by such an alliance unless it includes the most powerful Muslim countries such as Turkey and Pakistan. I don't think it is a coincidence that the two summits in Mecca will be one day before the convention of the Islamic summit, which will be in Mecca as well. On May 31, the chairmanship of the Organisation of Islamic Cooperation (OIC) will be changing hands and transferred from Turkey's President Recep Tayyip Erdoğan to King Salman.

The name heading the Turkish delegation is expected to be announced on Tuesday night or on Wednesday. There is no doubt that Saudi Arabia will indirectly seek support from both Turkey and Pakistan against Iran. I think a lot of water has flowed under that bridge for Ankara after Riyadh and Abu Dhabi's hostility toward Turkey in the last couple of years. Ankara is not supporting the growing influence of Iran in the region; but it also sees that Saudi Arabia and the UAE have been working against Turkey's interests in the region for a long while.

In short, the Saudis and the UAE have been accusing Iran of trying to destabilize the region and urged the international community to take responsibility to stop Tehran from doing so in a rush, but they feel all alone now. In the meantime, Iran uses its diplomatic mask once again and says it seeks balanced relations with its Gulf Arab neighbors and proposes signing a non-aggression pact adding that it will, however, defend itself against any aggression. Obviously, Iran trusts its regional power, its allies such as Iraq and Syria, and Iranian-backed Hezbollah and the Houthis after it sees the lack of military of capacity of the Saudi-UAE alliance in Yemen and the reluctance of others, even Egypt, to confront Tehran. Meanwhile, the Saudi-UAE alliance is caught off the guard as they don't even see their hands in front of their face.