Is Turkey forcibly sending Syrians back to danger in Syria? 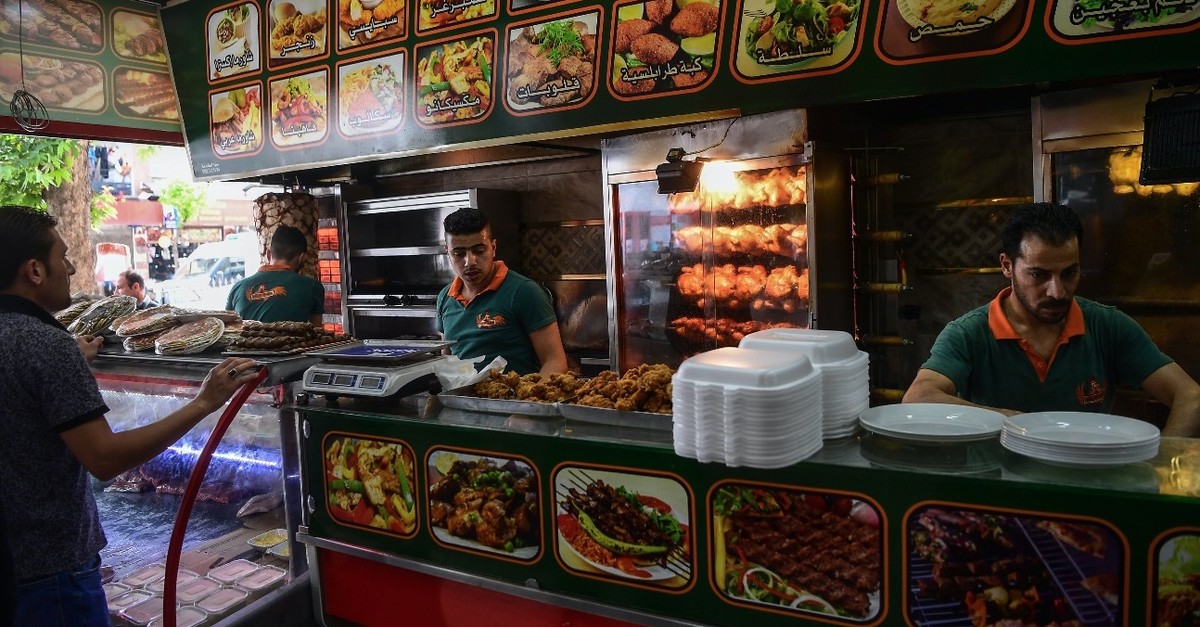 Contrary to popular belief, Turkey is not sending Syrians back to Syria, but only illegal migrants who don't have official permission to stay - just like any other Western country

Before the civil war broke out, the population of Syria was around 22 million. After eight years of devastating war, more than 6 million people had to flee Syria, while another 5 million have become internally displaced. Today, they are squeezed west of Syria; most of them are in Idlib, the last stronghold of the Syrian opposition.

This cannot be defined as a result of war but rather the strategically planned aim of the Bashar Assad regime. The regime brutally attacked and horrifically seized the cities of Syria and often left people with nothing to eat. In some places, they had to eat cats and dogs as to not starve to death.

The regime's goal was to change the demographics, especially in Damascus, Aleppo, Homs and places nearby. In order to take back control, the opposition was severely punished and evacuated from their homes. Moreover, the regime gave homes to its loyalists as rewards. In other words, the Syrians, other than the regime's loyalists, were discarded as a strategy of Damascus.

Starting with the Baba Amr and Karam al Zeitoun massacres in Homs, around 100,000 people were forced out of their homes, ever since then they have been unable to return. In 2012 alone, the regime displaced 200,000 people, not counting the detained and savagely killed.

As a matter of fact, the whole world has helped Bashar Assad systematically change his country's demography. Iran and Russia assisted Damascus in negotiating with U.N. observers, and supposedly let civilians out of places they were trapped in. For instance, the six-point Kofi Annan plan was going to help civilians facing direct attacks and violence, but it only helped the regime send people, especially Sunnis, out of strategically important cities and towns.

At the end of the day, the plan did not work. Those cities were evacuated by the regime; opposition figures and civilians were put into buses and sent to other places in northern Syria, mostly Idlib.

Since the people forgot what happened to civilians who suffered under the regime and its allies, the heavy attacks and the notorious Daesh terror organization changed the whole equation in and out of Syria, the Assad regime finally legalized the demographic change in the country.

Issuing a new law, Law No. 10, it legalized the control of the lands, homes and other properties of the people who had to flee their hometowns.

The regime said it was a development plan for the country, which was about to end the war. According to Law No. 10, property owners had to prove their ownership in just 30 days.

Many were not able to do that, as they did not trust the Mukhabarat, the intelligence service of the regime. Other than that, 30 days was not enough to gather the needed papers, especially for displaced civilians. With this, the regime took all their properties and secured them so they would not be able to come back.

After the regime gave control of northern Syria to the Democratic Union Party (PYD) and its armed wing, the People's Protection Units (YPG), which are the Syrian offshoots of the outlawed PKK terrorist organization, many people including Kurds who disobey the PKK's ruling had to flee their hometowns.

Around 300,000 had to go to Iraq, while more than 200,000 came to Turkey. The U.S. used the Syrian offshoot of the PKK to fight Daesh and made a huge advertisement campaign all around the world. Washington tried to depict them as warriors for the peace and liberation of Syria. However, almost no one who had to leave their hometowns has been able to come back. While the U.S.' goal is to establish a PKK-ruled statelet in northern Syria, the Assad regime has already gave up the north. All the Assad regime and its allies care about is Idlib. When they take control of Idlib, they will declare their victory.

Today, around 1.4 million refugees are living in Jordan, 1.5 million are in Lebanon, and close to 4 million are in Turkey. It is estimated that more than 3 million civilians trapped in Idlib, which has been continuously attacked by the regime since the end of 2018. Considering the fact that around 1 million people died in the Syrian war, half of the country has either died or been displaced. And we have to note that these are just official numbers, we still don't know the exact situation.

So, will the Syrians, mostly the civilians, who have become the scapegoats of the bloody war, be able to go back to their country, their hometowns? It is crystal clear that they will not be able to do that until the Assad regime is dealt with. While the situation in Idlib is about to become another humanitarian disaster, it is not easy for other countries to host such big populations.

Think about the fact that the refugee influx brought the EU to the brink of collapse; these are not my words but they are from top officials. What can the other countries do while the far-right and far-left groups loudly murmur just like they have done in Europe, which used the refugees as a tool to gain popularity and votes.

Lately, in Turkey, the voices of extreme political groups and figures have increased; the hostility toward Syrians have started to rise in our country, which has calmly hosted millions for years. As the Turkish economy has had some struggles this year, the people are looking for a target to blame, and the Syrians are the easiest.

The Arabs who come to Turkey as tourists are shown as Syrians by extreme figures in Turkey. As a result, they are blamed for having a good life while the Turks are in a bad situation. This is, of course, not true. Just like Marine Le Pen of France and Geert Wilders of the Netherlands add fuel to the flame, or just like Adolf Hitler did in Germany in the past, the Turkish far-right and the far-left are doing the same. That is why the Turkish government is taking some measures. As is known, recently there were many reports on international media last month that tried to claim that Turkey changed its Syrian refugee policy and had started to send the Syrians back to their war-torn country.

According to those reports, Syrians are now being deported from Turkey; they are being arrested, then put onto buses and dropped off at the Syrian border.

Even though there were some complications on the first day after the declaration of a decision around Istanbul on refugees, all these news stories had either a lack of information or bad intentions.

What happened in Istanbul?

First of all, what happened last month was all about Istanbul, the biggest city in Turkey and one of the largest in the world, population-wise. According to official statistics, the city's population is around 15 million. That makes the city around one-eighteenth the population of the country, omitting frequent visitors, temporary or permanently living foreigners and unregistered people who are either Turkish citizens or foreign nationals.

Turkey currently hosts the largest number of refugees worldwide including around 4 million registered Syrian refugees. Along with Syrians, there are hundreds of thousands of people, who fear for their lives and fled to Turkey from other countries such as Afghanistan, Iraq, eastern Turkistan, Egypt, Libya, Somalia, Yemen and so on. As Istanbul is an attraction center, many of them come to the metropolis.

Since they prefer to live close to their relatives, acquaintances and the people who come from their own countries, some districts of Istanbul have kind of ghettos. For instance, the Fatih district of Istanbul is the most preferred place to live for Syrians and the Uighurs favor Zeytinburnu. According to the Istanbul governorate's statement, there are 1,069,860 registered foreigners in Istanbul, 522,381 of which are foreigners with residence permits and 547,479 Syrians under temporary protection.

Turkey has given all Syrians with registration temporary protection status, while the Syrians with no registration in the country are still being registered and getting temporary protection status. Istanbul governorate's statement says that Turkey continues to deport irregular migrants – and we are not talking about only Syrians – who illegally entered the country as it has done so until now.

Accordingly, Istanbul is closed to registration for temporary protection due to the efforts to counter irregular migration. In addition to that, the governorate states that Syrians who are under temporary protection status but not registered in Istanbul and are living in the city without permission will be sent to the Turkish provinces they are already registered. In line with the decision, a deadline has been set for Aug. 20, 2019. If they do not return to the provinces they are registered in by the deadline, they will be transferred to those provinces as the Interior Ministry has ordered.

But most importantly, Syrians who are not under temporary protection status (the ones who are without legal registration or identification cards) are being transferred to other provinces of Turkey, which are determined by the Interior Ministry of Turkey, as it has been done so until now as well.

So, no Syrians or other foreigners are forcibly sent back to Syria or any other country, except the ones who entered illegally. Just undocumented migrants who entered Turkey by illegal means are initially detained and then deported as any country in the world, and especially in the West, does. With regards to Syrians, these people who came to Turkey in illegal ways are not sent back to regime-controlled areas. They are sent back to Idlib, and mostly areas that have been liberated by the Turkish Army with the help of the Free Syrian Army (FSA).

The Istanbul governorate kindly asks the foreigners who have a "legal right to reside" in Istanbul to carry their passports or temporary protection identity cards at all times when they are outside so that they can show them during inspections by police. Carrying an identity card is a common habit in Turkey, especially in Istanbul, even for Turkish citizens.

And finally, "In bus stations, railroad terminals, airports and all transportation vehicles, inspections of 'Road Permission Documents' will be conducted and our guests under temporary protection status who do not have the valid document, will be sent to the provinces in which they are registered," the governorate said in a statement.

I can understand all the fuss about this latest development on international media but Turkey deserves some respect after hosting more than 4 million refugees for years.