Who backs Khalifa Haftar and opposes Turkey in Libya? 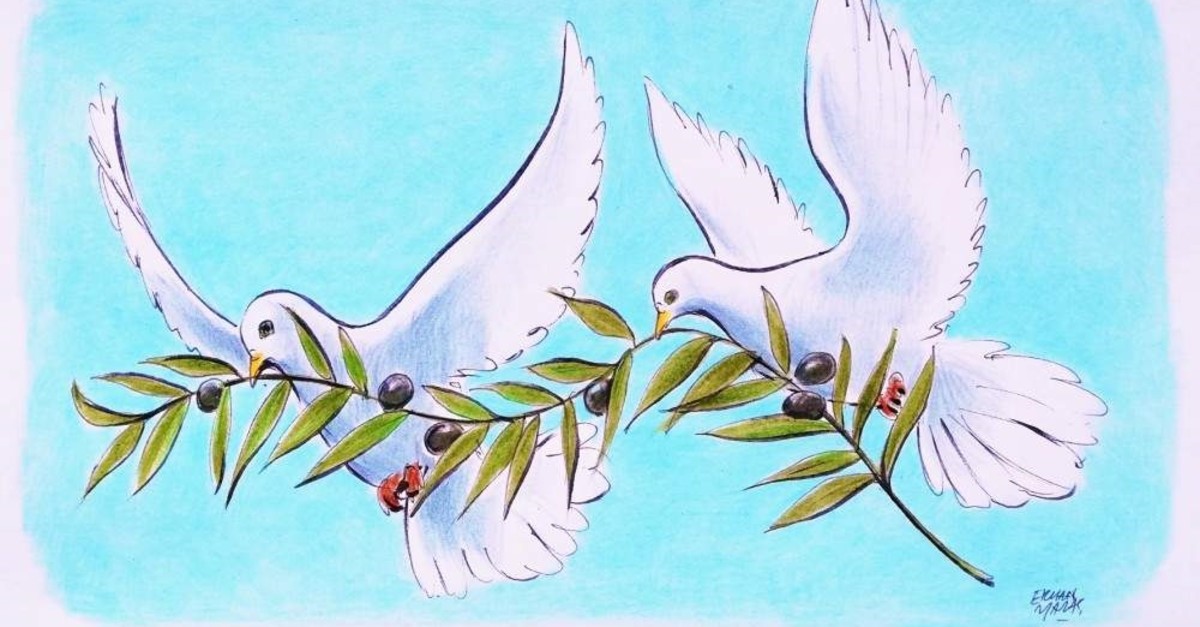 Early in 2014, Khalifa Haftar left his home a few miles from the CIA headquarters in Virginia and headed to Libya to fight his latest war. With his arrival, the Libyan uprising turned into a civil war.

Haftar was next to Libya's slain dictator, Moammar Gadhafi, who was killed by rebels in 2011, when the Free Officers Movement led by the latter seized power from King Idriss in the 1969 coup d'état. As a pan-Arabist military man, Haftar was in Gadhafi's service for a long time. Some even say he paid lip service to Gadhafi's famous book, "The Green Book," in which he put forward his ideology.

Haftar was the leader of the Libyan forces during the war in Chad. In the late 1980s, he became the scapegoat for the military failure of Libya after the Chadians won the battle and captured him. Gadhafi's public letdown was a betrayal for Haftar that he would not forget.

After several failed attempts to overthrow Gadhafi, Haftar went to the U.S. and settled in Falls Church, Virginia in the 1990s. It was crystal clear that he was collaborating with the CIA; however, almost nothing was heard about him as he made no public appearances until 2014.

Even though Haftar was an arch-foe of Gadhafi throughout his life, the family of the Libyan dictator has backed Haftar and endorsed his leadership bid since his appearance on the ground, according to an interview by the British daily The Times in 2017 with Ahmed Gaddaf al-Dam, Gadhafi's cousin based in Cairo.

Since the new warlord in the Middle East and North Africa set foot in his country following a two-decade absence, not only the old guards of Libya but also the external players have become involved in the Libyan civil war. The United Arab Emirates, for instance, has been deeply involved, perhaps even beginning long before Haftar's arrival.

Mohammed Dahlan, the most underhanded figure in the Middle East and security adviser of de facto UAE ruler Abu Dhabi Crown Prince Mohammed bin Zayed Al Nahyan (MBZ), plotted to overthrow the internationally recognized Government of National Accord (GNA) in Tripoli and fueled the Libyan civil war many times, according to reports.

The "Sissi leaks" disclosed in 2015 revealed Dahlan's involvement in Libya. As a representative of the UAE, he promoted the counter-revolution in Libya, which was led by al-Dam until Haftar entered the scene. According to the leaks, the Egyptian coup leaders arranged a meeting between Dahlan and al-Dam to shake hands on the counter-revolution in Libya.

A U.N. Sanctions Committee report in 2017 accused the UAE of "manipulating Libyan stability." The report said the Gulf nation had repeatedly violated an international arms embargo and secretly supplied attack helicopters and other military aircraft as well as armored vehicles among other weapons to renegade Gen. Haftar and his self-styled Libyan National Army (LNA), which is aligned with the Tobruk-based House of Representatives (HoR) and refuses to recognize the U.N.-backed government in Tripoli.

In 2017, Dahlan was also investigated by the International Criminal Court (ICC) for involvement with Saif al-Islam Gadhafi, the second son of Muammar Gadhafi, and Gadhafi's intelligence chief Abdullah al-Sanousi, for war crimes and crimes against humanity, including murder and persecutions of civilians.

In March 2011, the ICC launched an investigation into the situation in Libya, following U.N. Security Council Resolution 1970. An arrest warrant was issued for Saif al-Islam Gadhafi by the ICC in June 2011 for "conceiving and orchestrating a plan to deter and quell, by all means, the civilian demonstrations against the Gadhafi regime in coordination with his father."

A Wikileaks cable from 2010 disclosed that Dahlan and Saif al-Islam Gadhafi met in Spain before the Arab Spring, the Middle East Eye reported.

Later in 2018, news reports claimed that the UAE used $30 billion of Libya's frozen assets via Dahlan to support Haftar in his fight against the GNA.

Clearly, the UAE has used Dahlan for its own ambitions. And yet, Dahlan himself was not simply a tool for the UAE's foreign policy; he has also advocated this policy as well.

As is known, Dahlan has had close relations with Abdel-Fattah al-Sissi of Egypt. The abovementioned "Sissi leaks" revealed that the UAE financially supported the opposition uprising through a bank account controlled by several Egyptian army generals. Dahlan is not only involved in counter-revolutions in Libya and Egypt; his name also appeared in connection with Turkey's attempted coup in July 2016. Turkish judicial authorities recently issued a warrant for his arrest.

And for all of those familiar with the Middle East crises, Dahlan means the UAE.

The UAE has funded anti-President Recep Tayyip Erdoğan groups, including the outlawed PKK, in the past couple of years, according to many reports. Turkish Foreign Minister Mevlüt Çavuşoğlu was referring to the UAE when he said after the failed coup attempt a couple of years ago, "We know that a country gave $3 billion in financial support to the coup attempt in Turkey."

UAE-Turkey relations have always been a bit distant, but the UAE has been blatantly stepping up its anti-Turkey efforts – and not only its war of words in the last decade. When you look at the conflicts and crises in the Middle East and North Africa, it is clear the two countries stand on opposite sides. The gap between Turkey and the UAE started to widen with the overthrow of the first democratically elected president of Egypt, Mohammed Morsi, and continued in Syria. In Libya, the UAE established an Egypt-Emirati axis against the Turkish-Qatari axis by backing Haftar and initiated a civil war after Gadhafi was toppled. From Somalia to the Sudanese Red Sea port of Suakin, it is almost impossible not to see the UAE's efforts to block the influence of Ankara.

Obviously, the UAE sees Turkey as a rival or more than that, a powerful country with a powerful leader, and chooses to accuse Turkey of being many things, such as a hardcore Islamist country or a supporter of Daesh terrorist group.

After the invitation of the U.N.-backed GNA in late 2019, Turkey's Parliament voted to deploy its military forces to Libya to support Tripoli against Haftar's latest campaign, which infuriated Haftar and his backers led by the UAE. In response, Haftar delivered an address and said that he had "declared jihad" on the Turkish army. He accused Turkey of seeking to "regain control of Libya," which is in line with the UAE's rhetoric alleging that Turkey has expansionist "neo-Ottoman" ambitions in the region. As the Ottoman Empire is not coming back, these types of claims are simply unrealistic.

With Libya now a hot topic worldwide, Abu Dhabi has started to spread "neo-Ottoman" propaganda accompanied by false claims throughout the Arab world. But not all the Arab states like Egypt and Saudi Arabia have been as quick to jump on the UAE's bandwagon, with allies like Qatar and Algeria respecting their ties with Ankara.

Algeria's new President Abdelmadjid Tebboune, for instance, met with Fayez al-Sarraj, the head of the GNA, a couple of days ago, and emphasized that Tripoli is a "red line no one should cross."

Until Turkish President Erdoğan and Russian President Vladimir Putin's meeting last week, the UAE was ready to make Libya ground zero to escalate its proxy fight towards Turkey. However, both leaders pulled cease-fire out of a hat. Putting a distance with Russia's Wagner Group fighting in Libya for Haftar, Putin came to an agreement with Erdoğan to find a way to end bloodshed in Libya just like they did for Syria. It is reported that Wagner mercenaries started pulling out of Tripoli frontlines after the deal. Haftar was fast to reject their call to cease-fire in Libya in the first place, but after Putin's phone call with MBZ, he changed his stance and came to the table. Then again yesterday, he departed from Moscow, where he arrived to negotiate the cease-fire, without signing the agreement.

We don't know what Putin said to MBZ and how he had to accept the truce. We also don't know why MBZ made a U-turn. Actually both Turkey and Russia have enough leverage in Libya. However, we need to know what leverage MBZ has, as there is no Haftar but MBZ.

At least, today it is clear that who wants peace and who doesn't.