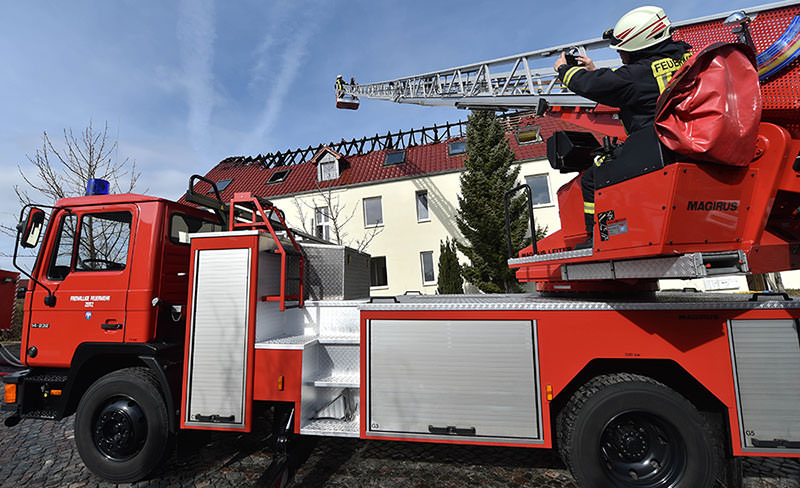 Firefighters in front of the refugee hostel in Troeglitz, Germany
by daily sabah Apr 07, 2015 12:00 am
A German politician has told the country's N-TV news channel on Sunday that neo-Nazis threatened to behead him for backing a refugee housing project in Tröglitz, a village of 2,700 inhabitants, in southern Germany.

The threat against the Christian Democrat politician Götz Ulrich is the latest case of neo-Nazi intimidation in the country. Last week, a fire burned down a newly built building which had been planned to house 40 asylum seekers in Tröglitz. The police launched an investigation into the incident, which raised suspicions of intentional arson.

Ulrich told Germany's N-TV news channel, "The threats are of an unpleasant nature. They are going so far as to threaten methods used during the French revolution."

The police are reportedly treating the threats seriously, and providing Ulrich with 24-hour protection.

Tröglitz's former mayor, Markus Nierth, resigned from his post in March following an increase in threats for his pro-asylum seeker stance, from Neo-Nazi groups, who have organized a number of demonstrations in the town. One of the last planned marches ended outside his house, reported the German news website Deutch Welles (DW).

"We can't let the Nazis win in our town," he further stated.