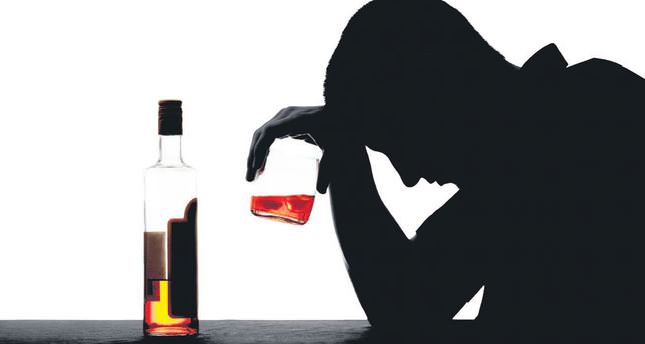 Do alcoholic drinks really facilitate the process of aging? The latest evidence would suggest yes. Alcohol may even result in wrinkles and cause early aging. The effects of alcohol includes, premature wrinkles, collagen loss, reduces elasticity, redness and dehydration in your skin. The most important thing that affects these outcomes is the amount and frequency of drinking.

Besides these, there are of course some recent literature that advocates its health benefits, but it is more of a question than a fact. As a doctor, I have always wondered why alcohol is left to one side more than other addictive substances when health is the concerned. First of all I would like to state that the nutritional content of alcohol is zero. To justify this more scientifically, we can say that alcohol consumption will cause a decrease in your oxygen carrying cells and thus literally result in nutritional loss instead of providing you some. Additionally, alcohol consumption will dramatically negatively affect your body's vitamin A levels, which is needed for your health and skin.

Vitamin A is essential for collagen synthesis. The decline in collagen content of your skin will result in loss of elasticity. Both collagen and elasticity is needed for your skin in order to give its younger and smooth appearance.

With the consumption of alcoholic drinks you may cause early aging with even only this effect. Especially the skin covering our face is more delicate when compared to other parts of our body, so it is more prone to wrinkles. Since our skin is already affected by pollution and the sun, the addition of alcohol to these factors drastically speeds up the aging process.

Under the federal guidelines in the U.S., the average alcohol consumption limit for women is just one, while for men it is two. One glass of an alcoholic drink is equal to 150ml of wine, 250ml of beer, or only 40ml 80-degree spirit.

Now look around and ask, who stops drinking after exceeding these limits. To understand if you passed the limits or should even get a speeding ticket for drinking, there are several screening tests developed by healthcare professionals that help assessing drinking problems. I like the easy one endorsed by Harvard, so called the CAGE test. Now lets go ahead and look at the questions. It's your turn to take the quiz before going forward. The questions are:

¨If you responded "yes" to any one of these questions, you may have a drinking problem. If you responded "yes" to more than one question, it's highly likely that a problem exists.¨ If your answers suggest that you might have a drinking problem please do contact your doctor, substance addiction rehabilitation program, a psychotherapist, or even a voluntary self-rehabilitation group.

Once the alcohol is metabolized in your body, it will result in vasodilatation. That being said, it will enlarge your vessels and cause redness and edema in your skin. The longer you drink the longer your vessels will dilate causing a constant discoloration in your skin. After all the redness might stay forever. The redness (vasodilatation) will be more in the areas where the skin is thinnest i.e. around your nose, and due to very limited tissue support in these areas it will cause breakage in your vessels which will in turn result in darker skin color (internal bleeding in tissue).

Alcohol will also act as a strong diuretic causing in dehydration. The more you drink the more water loss it will cause. Since water is the major support for our cellular skeleton, alcohol might also cause in weakness at the cellular level. As a rule, people who consume alcohol should also drink more water. By drinking water you will at least make both your skin and people around you happier with hydration and less chance of a hangover.
A lot of people would accept alcoholism as an illness. It should not be forgotten that the long-term effects of alcohol use would be detrimental when health is our concern.

Most of the studies that promote drinking have searched the acute response of alcohol on human health but long-term effects have been mostly discarded.

Researches have shown that long-term alcohol drinking may cause liver diseases, brain injuries, heart problems, breast cancer, and various metabolic failures. It should also be known that alcohol is metabolized differently in females when compared to males. Even if females consume less alcohol, it has been shown that they will have more concentrations in their blood and brain chemistry. The most important factor that might explain this result is that the body mass index of females is smaller than of males.

Some of the studies have shown that, average alcohol consumption especially in the elderly, might lower cholesterol levels, protect against the risk of diabetes, and heart attacks. Although, it is important to look at the bigger scale weighting harm and benefits. The fact is that the probably short-term benefits might even cause more severe problems in the future. For example, average daily alcohol consumption that is said to be protective against heart attack will cause malformation in heart muscle in the long-term cause a more morbid disease than cancer. This is why alcohol will never find its place in the benefit side of our scale.

I do wish that one day we would be more protective against alcoholic drinks as we are to other addictive substances. It should be noted that any drink containing alcohol is not innocent. Before starting please note that first you can get a drink, then the drink takes a drink, and eventually another drink takes you.
Last Update: Jul 21, 2014 1:28 am
RELATED TOPICS