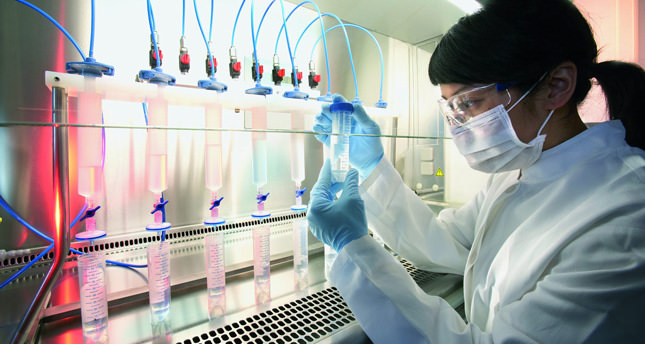 Summer is associated with fun and relaxation, but poses a great threat to health when it comes to food. The warmer weather makes food much more susceptible to spoiling and making you ill

I am pretty sure that most of you have heard about stomach flu, intestinal discomfort or foodborne illness. They are different from each other, but none of them is fun to have. Intestinal uproar may result from different factors that vary from a viral or bacterial infection to highly inflammatory foods. The scientific consensus is that most of this uproar comes from the most scarring factor: food poisoning. Food poisoning, also known as foodborne illness, stems from eating food contaminated with harmful bacteria. It is especially difficult to protect food from contamination in the summer when the weather is warmer, and cases of food poisoning increases during these months.

The Centers for Disease Control and Prevention (CDC) in the United States reports that it is not a rare issue. Foodborne illness is responsible for about 5,000 deaths annually in the United States alone. Can you think of its incidence in a developing country, where food production is not highly regulated? The estimation is even scarier! Food poisoning is basically caused by an invasion of foreign bacteria into your system. While it is good for your digestive tract to eat certain kinds of "good" bacteria (found in yoghurt, for instance), after the initial invasion of "bad" bacteria into your blood and tissues, it usually manifests itself with gastrointestinal symptoms such as vomiting, diarrhea, abdominal pain, and fever.

Of course, we cannot restrict people to a diet of plain boiled rice alone, so its better to be aware of the toxins and possible toxic foods that can turn your life into a nightmare. Again according to the CDC, around 20 percent of food poisoning cases go undiagnosed. The main factor causing misdiagnosis is that most of the poisoning cases result after 24-72 hours of eating contaminated food. The other issue effecting misdiagnosis is that toxins and germs may not alter the taste of food, so you won't necessarily recognize that it is contaminated.

While you may think that you can always recognize contaminated food through smell, sight, or taste, it is actually incorrect! If that were true than no one would be affected with foodborne diseases. It may look or taste identical to its fresh form. Also, you should be aware that home foods are not necessarily safer that restaurant or packaged foods in terms of contamination. Moreover, we know that most of the manufacturers put food preservatives and additives to the packaged foods in an attempt to make them bacteria free, and it generally works. However, these foods are often not a healthier option, though, not because of contamination, but because of the chemical food additives themselves. The best action for defense from food poisoning is proper food preparation and storage.

When identifying foodborne illness, the biggest challenge is addressing which bacteria is the culprit. Although food poisoning is misdiagnosed or underestimated by patients, people should know at least the basics or the most frequent bacterial sources of this condition to be aware of what they are facing when they are feeling gastrointestinal discomfort. Knowing exactly how, when or what type of food poisoning you have contracted may positively contribute to your recovery process, and even can save your life. The most frequent foodborne infections that might effect your life are caused by the following bacteria listed below:

Do you like mayo or cake? I bet most of you have at least tasted them. Staphoriginated foodborne disease often breeds on salty or sweet foods. These include mayo, cream, salad dressings, or sweet baked items with cream such as cake. Moreover, uncooked foods that are handmade are also highly susceptible to growing staph bacteria. Staph gastroenteritis may cause tremendous discomfort with watery diarrhea, stomach pain, or intense vomiting. The symptoms caused by staph gastroenteritis include water loss, and this can result in serious fluid loss.

On the other hand, although it causes serious fluid loss, staph infections are generally not lifethreatening. The most effective way to fight back this illness is to drink water, and lots of it! Don't forget to ingest enough glucose and minerals (such as sodium) when replacing the lost fluids as well. Try out this simple homemade remedy for fluid loss replacement: mix four tablespoons of sugar with one teaspoon of salt, and add these into a liter of water.

Everyone knows this bacterium, but they are not aware of the extent. Although it is a common bacterium for your regular bowel environment, it has other toxic or disease-causing forms that we get from foods (scientifically, by ingesting food that is contaminated with fecal matter). When E. Coli is the problem we have, then the infection could have been transmitted form either lettuce or uncooked processed meats such as raw meat. This bacterium can spread from uncooked meats to water during processing, and to crops through irrigation. E. Coli starts multiplying on food during poisoning, and its first area of accumulation is the small intestine. Once your body recognizes bacteria sitting on the intestinal wall, it starts fighting it with your immune system.

Since the immune system attack cannot be limited to only fighting off bacteria, it causes damage to the lining of the intestinal wall, causing blood to leak into the intestines. This can result in bloody diarrhea, and is called hemorrhagic E. Coli. This infection can also travel throughout your blood stream, putting you at risk for serious infections such as sepsis. If you ever notice blood in your diarrhea, always be safer than sorry; assume that you might have invasive gastroenteritis, and seek medical assistance immediately.

Mass production of processed poultry is very popular with it infectious properties, and this is mostly due to its contamination with salmonella. Besides poultry, salmonella bacteria may also be found in in beef, dairy and sauces that have uncooked egg as an ingredient. Like E. Coli, the originating cause of Salmonella is human or animal feces. This bacterium can contaminate meat and its products through several ways, but the most frequent cause is overpacked hen houses where chickens share very limited space, and are exposed to feces almost all the time. Salmonella may invade the intestinal walls more powerfully than E. Coli. It can eventually cause holes in the intestinal walls, establishing a pathway to the bloodstream. Just like an E. Coli infection, salmonella can also be very dangerous anyone with an impaired immune system. Never delay to seek medical assistance if you think you have salmonella infection!
Last Update: Aug 11, 2014 1:37 am
RELATED TOPICS