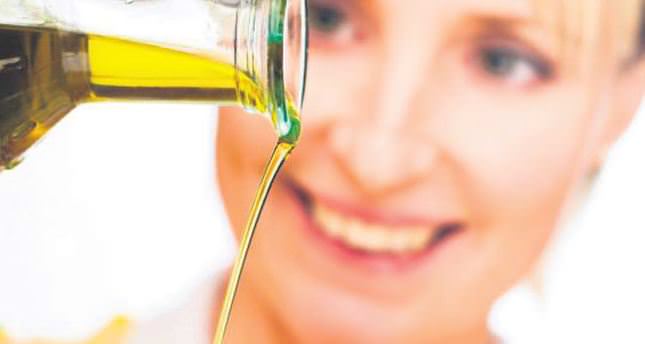 If shedding the final 5 kgs from your weight loss regime seems close to impossible you may have to re-evaluate what you are in doing your diet. Minor alterations may be the answer to that stubborn weight that refuses to budge

When it comes to metabolism, we know that there are many factors related to its rate. Most of the time, we hear from our patient that they are unsatisfied with their diet and exercise programs just because they stop losing weight after a while. This is the so called "last five kilograms." I understand that this can be a frustrating issue and a demotivating factor for those who are on a diet. The main reason for this is that dieters or their dieticians think that healthy food is being eaten, but the fact may be different due to the ingredients of the health food. These ingredients will ruin the efforts for weight loss. The foods or ingredients in them that keep people from losing that last five kilograms and putting them into a plateau state are called metabolic blockers. Of course they do not stop your genetic clock, but at least their effects can sound scary for what they do to the body. The ridiculous thing in this issue is that although they block metabolism, they are still referred to as health foods. I will explain the major ones so that our tips will allow the increase of fat burning potential and allow for the weight loss of those last five kilograms.

This one is on the top of the list. Most people think that fat is the first thing that makes people fat, but it is not. The most important thing that blocks your body's fat burning potential and makes you gain weight is sugar, whatever the source is. Since liquids are absorbed much faster in our gastrointestinal system, liquid sugar should be avoided. As we all know, fruits contain high amounts of the sugar called fructose, and if it is consumed, fruit juice, even though it is 100 percent natural, is actually sugar, and believe me, it is too much. In order to make a glass of fruit juice at least two to three portions of fruit are used, which means two to three times the intake of the more highly absorbable sugar. This literally will wreck the metabolic rate. If the juice is not all natural then the thing that is drunk becomes more dangerous, since that "thing" is chemically loaded water. The juices that are most consumed include apple, orange, and grape juice. Although they sound healthy, they are not. Their manufacturing process includes adding sugar to the actual fruit besides the chemicals just to be able to produce the juice. The amount of sugar in a glass of fruit juice is slightly above levels from the sugar content of soda. You may replace your fruit juice with real homemade unsweetened lemonade.

Yes, these are exactly the same whole grains we always advocate when it comes to dieting. They are very important for diet plans due to their fiber content. They kick start the metabolism at first, but when it comes to that last five kilograms they are major offenders preventing weight loss. They are healthy though, aren't they? Well, the fiber content is needed for overall health, and for dieting, at least 30 grams of fiber is needed daily and whole grains are a great source. The problem with whole grains is that they have three distinct major components that ruin metabolism. These compounds include gluten, starch and phytic acid. Knowledge of gluten has been popularized from the culture of gluten-free eating. If we describe the major problem with gluten we can express it with only a word - inflammation. Inflammation in any part of the body means that this part is offline so it can't clean or fix tissue. Just think of this happening in the gastrointestinal system. It automatically means that it is not working, leading to weight gain. Moreover, if starch rapidly turns into sugar it will increase blood sugars fast enough to block the fat burning system. On the other hand, phytic acid will bind to minerals, so that it doesn't allow the absorption of most of the minerals and vitamins from whole grains that are actually
needed by the fat burning system.

Well, that's right. Don't ask why I put oils on this list. A diet plant, even if it is a healthy one, should include a portion of healthy oils, which are essential for a correct diet. But if it is the wrong type of oil, it may prevent shedding those last 5 kilograms. Canola and other vegetable oils are hydrogenated oils that can cause inflammation and thus contribute poorly to hormones. The action that needs to be taken here is to replace all hydrogenated oils with cold pressed olive oil, coconut oil, and butter from grass-fed cows, sheep, etc. This type of butter supports the body's fat-burning potential due to its high conjugated linoleic acid (CLA) content.

Drinking water is crucial for a healthy metabolism. In addition to its positive effects on metabolism, it also negatively impacts it when not enough is consumed. Just think of a fasting period that leads to dehydration. What can be done? Move less, right? Of course. Drinking water is important, but so is its temperature. If a dieter stops losing weight, they probably drink water at room temperature. Researchers from Germany showed that drinking 10 glasses (150ml) of cold water a day can raise the resting metabolic rate on an average of 50 calories a day. Over an entire year, this energy sparring effect will result in the shedding of an additional 2.5 kilograms. Another study also advocates that drinking cold water will increase the metabolic rate as soon as it is drunk and will reach its peak potential 15 to 30 minutes after drinking it. It was also shown that the increased metabolic rate by drinking cold water would last about 2 hours from the time of drinking. The increase in the metabolic rate by drinking cold water is hypothesized to come from the body's efforts to heat the water to body temperature.
Last Update: Sep 01, 2014 2:36 am
RELATED TOPICS