Eat up your stress, don't feed it 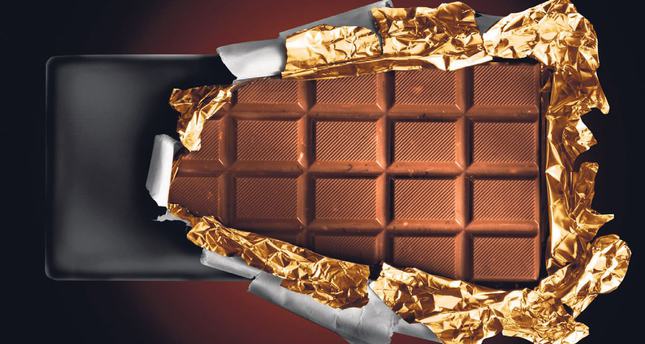 Most of us are at war with our weight and struggle to keep it at a stable level. Though our diets may be healthy, weight may still be an issue. Understanding the effects stress has on us may help live a healthier life

The daily hassles as well as the taxing, stressful events of life alter your body's chemical composition, specifically by triggering a rise in the levels of cortisol. A naturally occurring hormone in the body, cortisol causes cravings, rhythmic problems, and contributes to the aging process, among other things.

Cortisol is also a major contributor to obesity. Research from the University of California showed that the strongest cravings caused by cortisol was found to be carbohydrates, meaning sweet foods. This is not surprising since serotonin, the socalled happiness hormone, is predominantly found in your gastrointestinal system. To cope with stress, cortisol forces our body to detoxify by consuming carbohydrates.
However, the more we eat them, the worse our moods become. This rebound effect is caused by an enzyme in our fat cells that is triggered by carbohydrates.

This enzyme literally converts cortisol into more cortisol, which causes more chemical stress on our body.Stress is always blamed for causing problematic diseases, but obesity is undoubtedly the most significant and fixable problem it causes. Although many of you probably think that the majority of fat cells are right under your skin, the enzyme that creates more cortisol is predominantly found in the visceral fat tissue that lies inside your abdomen that covers your organs. This means that when there is more stress, there is more abdominal fat. When there is more abdominal fat, obesity increases along with concomitant diseases including diabetes, hypertension and atherosclerosis. As the fat accumulates in your abdomen, it causes central obesity, which turns your body into an apple type. The fat cells that lie in your abdomen have four times as much cortisol receptors as other fat cells in your body.

So, even though your stress level may be lower during your daily hassles, a more problematic event is still occurring inside you! In order to cope with daily stress, an easy remedy is consuming calming foods. The foods are the ones that will calm you down by naturally reducing your cortisol levels. You should always maintain a balanced diet, but these calming foods will especially beneficial for you. Let's take a look at these calming foods.

1 Asparagus: This one is not a regular food for the Eastern European population, but an important one for stress. It has high amounts of folic acid, which stimulates serotonin secretion in brain cells to eliminate stress.

2 Nuts: All nuts are a great source of healthy nourishment, and they cure many cravings as well. What makes them special is that they are sources for healthy fats and proteins, which makes them very beneficial while trying to loose weight as long as you keep an eye on portion sizes! Some of them have high amounts of zinc, which is helpful in coping with stress. Science has shown that there is a link between low levels of zinc and psychological conditions such as depression. Tufts University researchers found that animals that ate walnuts even partially reversed the signs of brain aging. As I have mention in one my earlier articles, stress scientifically ages you. My advice is to eat a handful of nuts during the day since our body is not capable of storing zinc.

3 Chocolate: You might be surprised that I included chocolate in to this list as a doctor. But science says that it has a positive effect! Don't go reaching for the closest candy bar, however.The catch is that, in research advocating for chocolate's positive benefits, cocoa itself if the main source of these positive benefits. So, if you want chocolate, eat dark chocolate that is made of at least 70 percent cocoa.

Besides the healthy antioxidants in this treat, which push chocolate to the top of most heart-healthy food lists, it has an undeniable link to mood. Keep in mind that science also shows that people whose symptoms of depression increase tend to binge on chocolate. The evidence suggests that not binging but eating it in moderation will make you feel better. In addition to its calming effect, dark or bitter chocolate is known to lower blood pressure.Why not try some once a week?

4 Chamomile and green tea: Chamomile tea is probably the most recommended natural sleeping aid for people of all ages. Research has shown that chamomile causes a significant drop in anxiety symptoms and promotes sleep due to its calming effect. Additionally, green tea has an amino acid called theanine that has positive neurological effects. Research shows that green tea is a natural brain booster as it enhances mental performance.

5 Foods rich in vitamin C: Vitamin C has is known to help your body rapidly clear out cortisol, which means rapid de-stress. The regulation of cortisol by vitamin C prevents blood pressure spikes in stressful conditions. In order to get the best out of it, start your day with foods that are rich in vitamin C. Starting at the top of the list with foods rich in vitamin C is peppers, and continues with dark green leafy vegetables, kiwi, broccoli, berries and finally oranges.Just add a kiwi to your breakfast and feel the change!