Go on through the vitamin alphabet with vitamin D 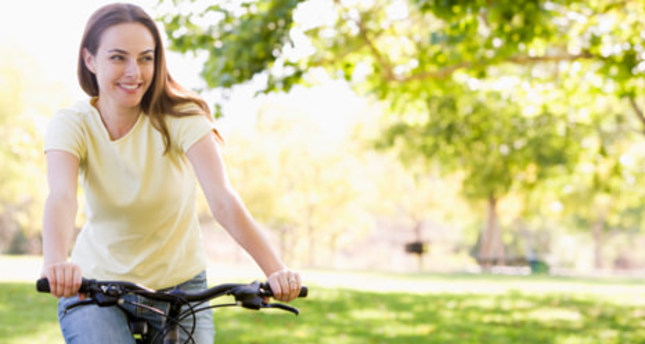 Vitamin D, commonly known among the public as 'the sunshine vitamin,' has positive health effects on several disorders such as cognition and depression. It also helps strengthen the immune system and is effective in cancer prevention

We all know the health benefits of vitamins in alphabetical order, but only from A to C. Of course you may have heard of other vitamin supplements, but somehow they are not discussed sufficiently. It's now time to take a real step forward in the alphabet and look into vitamin D. After you read this article, you might get angry that you didn't pay attention to this one earlier.

Vitamin D is not only a vitamin, but actually is also a hormone, and technically is a group of secosteroids. It is responsible for increasing the intestinal absorption of several minerals, including calcium, iron, magnesium, and zinc. The most important form of vitamin D is called cholecalciferol, also known as vitamin D3 and vitamin D2 is called ergocalciferol. Vitamin D is also called the sunshine vitamin because it is synthesized through sunshine activation in the skin and produced from cholesterol, of course, when there is enough sunlight. Although there are controversial comments about the health benefits of vitamin D in the literature, newer studies advocate its supplemental use in the diet.

From cognition to depression, immune support to cancer and heart attack prevention, there is a tremendous amount of research showing its positive health effects. The major roles of vitamin D in the body are:

The major concern in vitamin D deficiency is osteomalacia, which is the softening of bones. This means a lot for quality of life in the elderly. Many women might have heard that it is needed for better, healthier bones, but vitamin D is crucial for a healthy immune system as well.

Today, let's go ahead and move one letter in the alphabet from the letter "c" and define the effects of vitamin D on the immune system. In general, vitamin D activates the naturally adaptive immune system. Research has shown that its deficiency results in an increase of infections, especially from viruses. Studies have shown that this condition is linked with increased influenza and even more complication with those infected with HIV. Moreover, low levels of vitamin D seem to also be a risk factor for increased susceptibility to tuberculosis and it was used as a treatment option for this condition in the past. Moreover, other researchers have publicized vitamin D's microbial fighting and defense properties. Our bodies have anti-microbial peptides that fight off microbes and vitamin D is found to alter the modulation of these peptides, resulting in superior protection. It also has an additional effect of enhancing the body's ability to fight invading microorganisms from airways, which is beneficial for infection prevention. Recent research has shown that vitamin D is important in fighting the flu. Even though the influenza virus infects almost everyone from time to time, most of us don't pay attention to vitamin D. In general, it is believed that this is because there are a very limited number of foods in nature that contain this vitamin.

Since it is a lipid-soluble vitamin, it is mostly found in fish. The three fish that contain the highest levels are catfish, salmon and mackerel. Vitamin D3 is also found in whole eggs, cheese and beef liver. On the other hand, surprisingly, vitamin D2 is found in mushrooms. Since there are a very limited number of dietary sources of vitamin D, it is still believed that the best source is what is outside and inside the body working together.

Let it be produced by sunlight and become activated in the liver. For this to happen, one needs to spend around 15 minutes every day outside in the sun. If skin is of a darker pigmentation then more time is needed for the same process to occur. For very dark skin colors, this time needs to be almost 45 minutes, since darker skin color makes it harder for sunlight to penetrate. It is not important which body part needs to be exposed to the sun - literally anywhere on the body works. Without sunscreen, legs may do the job just right. There are other sources of vitamin D that can be added to one's diet. Many of the produced foods in developed countries are fortified with this essential vitamin.

In general, most fortified foods provide almost all of the daily needed vitamin D for us. So when shopping, be smart and look for these options at the supermarket. In particular, milk is produced in a way that it has 100 units of vitamin D per cup, which adds up to almost 30 percent to 40 percent of the recommended daily dose. It is especially added to dairy products because, as I said earlier, vitamin D facilitates and enhances the absorption of calcium from those dairy products, giving additional strength to your bones.

The ultimate question is: how much vitamin D is needed daily? The Institute of Medicine recommends getting 600 international units of vitamin D daily, whereas in some conditions this may go up to 1,000 units. For better health and healthier aging, go ahead and add some vitamin D to your diet.
Last Update: Sep 15, 2014 2:09 am
RELATED TOPICS