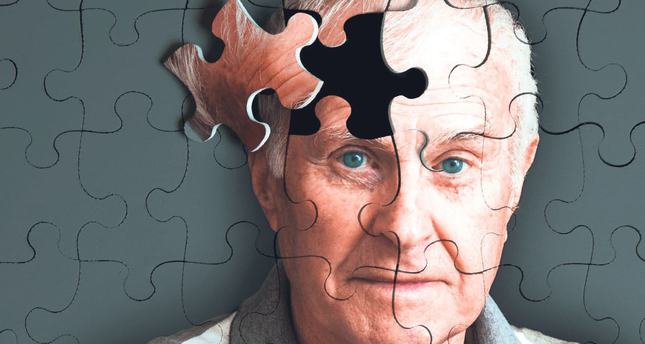 by Halit Yerebakan Sep 22, 2014 12:00 am
Alzheimer's is a type of dementia that causes problems with memory, thinking and behavior. Symptoms usually develop slowly and get worse over time, becoming severe enough to interfere with daily tasks. For the majority of the world, human life expectancy is longer now than ever before due to improvements in both medicine and socio-economics. As we age and live longer, we become face-to-face with diseases that old age brings with it. One of the most common yet tragic diseases is Alzheimer's disease. Alzheimer's is the most common form of dementia, and begins with behavioral changes, continues with memory loss, and as it progresses with other neurological symptoms, eventually leads to death.

The disease was first described in 1906 by German psychiatrist Alois Alzheimer whom the disease was named after. Early onset of the disease may begin earlier in life, but the disease is mostly diagnosed after the age of 65. Unfortunately, there is no cure for the disease yet, but research is at least focused on how to delay the onset and there is much promising research being undertaken to find a cure. Although its not ranked as high as other major diseases such as heart disease or cancer, it is an often regarded as a leading cause of death. In fact, more than 26 million people worldwide suffer from Alzheimer's, and it is expected that Alzheimer's will affect more than 1 percent of world population by 2050. The disease itself starts at the synapse of neurons in the brain where they connect to each other.

The first effected region is the hippocampus where our memories are stored. What happens is that a protein called beta-amyloid, a sticky substance that halts inter-neuronal communication, is found in excesses in this synaptic region. Eventually, the information that is supposed to be carried out by neurons cannot be transmitted. The disease then progresses to the frontal lobe and loops around to the rear areas of the brain. This eventually leads to a disruption of the functioning of the heart, which results in death.

There are many contributing factors to the disease, but the greatest risks can be classified under five major categories. Lets take a look into these majör risk factors and define them.

As I mentioned, our life expectancy is now longer, which is understandably why age is the biggest risk factor for developing Alzheimer's disease. The relation between age and the amount of amyloid accumulation is still not clearly understood by science. So far, we only know that our risk of being diagnosed with Alzheimer's increases steadily as we age. The numbers are shocking in term of risk prediction. Researches claim that the risk of disease doubles every year after the age of 65. The numbers increase more dramatically after the age of 85, adding up to 50 percent of all patients affected by Alzheimer's.

Genetics is another major risk factor in Alzheimer's. Alzheimer's disease has various forms, and when the disease is caused by genetic factors, it is called the familial type and starts earlier in life, particularly in the 50s. A dominant autosomal gene, prone to genetic mutation, causes familial early-onset Alzheimer's, and research was able to demonstrate three different genetic mutations can cause the disease. These three genetic mutations that cause this kind of Alzheimer's disease results in changes at the molecular level that cause excessive beta-amyloid accumulation in the synaptic regions of the brain.

Research demonstrates a strong correlation between diabetes and Alzheimer's. Although the molecular mechanisms are still not understood very well, it has been shown by a recent study in Japan that type-two diabetes especially strongly correlates with the disease. The study that was conducted with over a thousand participants, and surprisingly, results found that Alzheimer's was twice as prevalent among diabetic participants compared to the others. Research suggests that every increase in your blood sugar levels shrinks up more brain cells. The sugar burns off the inner layer of your arteries, which results in less blood and oxygen delivery to your brain cells. Diabetes not only contributes to Alzheimer's with beta-amyloid accumulation but also results in vascular dementia, which is part of the disease.

Have you ever experienced head trauma and lost your consciousness? If yes, then research shows you might be at greater risk of developing Alzheimer's later in life. We always hear about how important it is to protect our skull from injuries, but for good reason. Imaginably, head trauma poses a major threat to healthy brain cells. Therefore, it is pertinent to protect your head from injury especially while playing sports or while operating motor vehicles.

Since more than almost three quarters of patients with Alzheimer's disease have cardiovascular diseases, cardiovascular disease appears to have a very strong connection with Alzheimer's. Much research is still needed to understand this relationship better, but we do know that blood cholesterol levels drives the production of beta-amyloid. Once cholesterol levels become higher, the rate of disease affection increases.

The neurons in our brain need a lot of oxygen to do their job. Amyloid accumulation, poor diet, sedentary living, hypertension and atherosclerosis all deprive your brain from oxygen. Eat well, keep active by exercising regularly, make sure you are getting the proper amount of sleep each night, watch your cholesterol and blood sugar levels, put down the cigarettes and stay healthy so that your brain's oxygen supply can continue to make it rock!