The scapegoat phenomenon against red meat 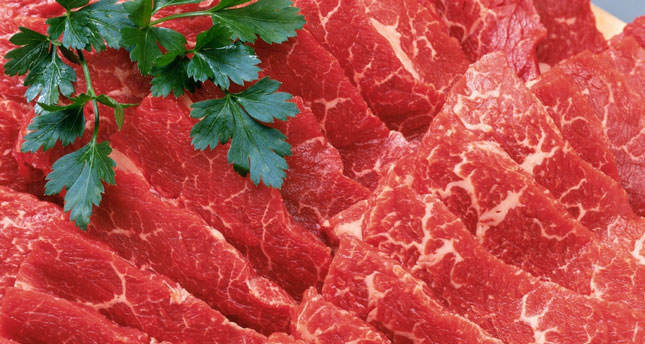 Eating red meat in regards to caring for the heart is a debate that continues to make an argument for both sides. Like everything else in life, moderation is the key and the Mediterranean diet may the key that provides the much needed balance

Most of you likely have a relative or a friend who has heart and cardiovascular disease (CVDs). In fact, according to the World Health Organization (WHO), "an estimated 17.3 million people died from CVDs in 2008, representing 30 percent of all global deaths, and heart and cardiovascular diseases remains the number one cause of death globally. Moreover, the WHO estimates that "the number of people who die from CVDs, mainly from heart disease and stroke, will increase to reach 23.3 million by 2030." Since heart disease is the leading cause of death, more research is necessary to clear up the risks leading to it. Although the WHO indicates that risk factors for CDVs include tobacco use, an unhealthy diet and obesity, physical inactivity, high blood pressure, diabetes and raised lipids, red meat is often specifically blamed as "the" designated risk factor for heart disease. However, I want to clear up this misconception and present the medical facts regarding red meat.

First of all, meat causes a certain kind of physical addiction. This is due to the toxic affects of animal proteins. You literally toxify yourself by eating red meat, just like smoking or drinking, but this time in a "good" way. Let me explain this surprising physiology. When our bodies start digesting animal-based foods, toxic metabolites are released and start circulating within our blood vessels. If we suddenly stop eating animal-based foods, then we experience withdrawal symptoms due to the lack of these toxic metabolites. The major toxic metabolite that is responsible with this reaction are hypoxanthines. Hypoxanthines alert the brain just like other addictive substances. So, once you remove meat out from your diet, the result is the feeling of "something is missing." This substance is primarily found in the muscle fibers in the meat and the concentration increases as meat ages. So, the older the animal gets, the more "toxic" it becomes. However, the "regular average" consumption of red meat does not cause early death. It has been shown in several recent studies that red meat is associated with early death, but according to other major reports, we have seen that red meat is not the actual meat that you buy from your local butcher, but are processed cold cuts such as salami, sausage, dried beef et cetera! A study that was published by the Harvard University School of Public Health showed that every additional portion of red meat increases the risk of early death by 13 percent. Moreover, it was shown in the same article that processed cold cuts increase the risk of early death by 20 percent. The most extensive research study on the effects of red meat was conducted on over 121,000 women and men where they were tracked for 24 years. Every four years, the participants were reassessed and 24,000 people died throughout the research period. The main result of the study was that people who ate more red meat died earlier. But it is important to say that this effect was seen with an additional 100 grams of red meat over the regular daily portion of 100 grams.

Of course, one research study cannot possibly make an ultimate ruling about red meat. After a short period, another study was undertaken by a group of Japanese scientists that involved 51,000 participants and they followed the participants for about 16 years. This study showed no correlation between consuming 85 grams of red meat daily with early death.

In the light of these studies, the good news is that statistically there is no concrete correlation between the recommended daily consumption limits of red meat (about 100 grams) and early death. Of course, the rule of moderation is always recommendable though – that is, too much of anything is bad for you.

Red meat has been considered the culprit of heart disease and diabetes as well, but the type of meat was never discussed. In 2010, Harvard University School of Public Health researchers performed a meta-analysis on 20 different scientific studies that involved data on more than 1.2 million people. This research compared the outcomes of raw and processed red meat consumption with their health effects. The results showed that there was a significant correlation between consumption of processed red meats such as cold cuts and heart disease, but there was no correlation between cooked red meat consumption and these diseases. As it is the reason with other processed foods, it is believed that the high sodium content in these foods causes this problem. According to this large-scale study, butcher shop meat, not the industrial processed meats, are considered to be safe for consumption.

Since there is no concrete answer regarding the link between red meat and heart disease and diabetes, do not ban red meat from your diet, but at least limit it due to its contributing factor. In order to limit your dietary intake of red meat, the best solution is to go Mediterranean. The Mediterranean diet plan includes:

l The major portion of your diet should include vegetables, fruits and nuts.

l A total of 40 percent of your calories should come from healthy oils such as olive, hazelnut, canola or safflower oil.

l Red meat should appear at your table only from time to time.

So far, the Mediterranean diet has proved to be one of the best diets for preventing heart diseases. Without a healthy heart, none of our organs would function properly, including our brain. On the other hand, just barely surviving should not be enough; leading a quality life is also crucial for your well-being. You can make sure that you are not left breathless and panting when you climb a few stairs or have to take pills every hour that prevent you from having quality time with your grandchildren. It is possible to get results by integrating a few small changes into your lifestyle. Although I cannot classify braised meat scientifically, due to Eid al-Adha I would like to say bon appetite for your one portion of braised meat.