Got pink? It’s the month to take them out! 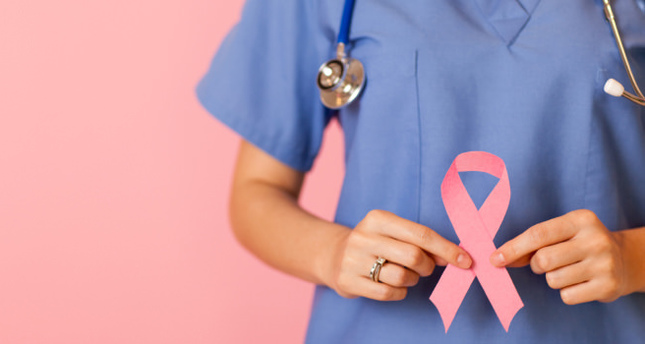 With October being Breast cancer awareness month, all women are encouraged to follow up on their annual mammograms and consider altering their diet to include super foods that boost the immune system

October is Breast Cancer Awareness Month, and even though being aware and informed about breast cancer should not be limited to one month only, it is a time for all women to be mindful of their breast and reproductive health. According to the American Cancer Society, breast cancer is a leading cause of cancer deaths among women, and while many may think breast cancer is something that develops later in life, all women over the age of 20 have the potential to be at the risk of developing this disease. Moreover, men can also develop breast cancer, though it is very rare. Since breast cancer is an insidious disease, it can be diagnosed suddenly and without warning, but this does not mean that you are powerless to fight it.

Having a cancer means that affected cells have mutated into a different type of distorted cells where they cannot grow, divide, and connect with each other properly. They form a new type of tissue where there are no other identical groups of cells. After they form their own colonial type of tissue – called a tumor – then it begins to overwhelm surrounding tissues, and spreads to other parts of your body.

Like all other cancers, breast cancer develops due to the interaction of environmental factors and genetic susceptibility. Genetic susceptibility does not mean that, in order to develop it, you must have a gene at birth. On the contrary, it simply means that your genes may become altered due to environmental effects or bad lifestyle decisions such as smoking or poor dietary habits. Being overweight is also a contributing factor for developing breast cancer as it is to various other life threatening diseases. Research has demonstrated that overexpression of the leptin hormone found in breast adipose (fat) tissue also leads to increased breast cancer rates. Thus, almost every woman is at risk whether she has a genetic mutation or not. Additionally, estrogen is found to be the major contributor to genetic mutations that can lead to breast cancer. So, a disruption to your hormonal balance has a significant affect on the formation of this disease.

Scientific statistics show that only 20 percent of breast cancer patients have a family history of the disease, which is lower than it was previously thought. This hereditary situation, where family members have a tendency to develop this disease, is called hereditary breast-ovarian cancer syndrome. You may have heard about Angelina Jolie's battle with breast cancer – she carries a gene called BRCA-1. The most common form of hereditary cancer syndrome is caused by mutations to the BRCA-1 gene, and it is associated with an up to 85 percent chance of developing the disease.

Moreover, failure of the immune system also has a great effect on the development of breast cancer. The removal of malignant tumor cells is carried out by a person's immune system, and when there is not enough immunologic surveillance in your body, these cells may not be eliminated when they begin forming; thus, they will grow and cause a tumor that has to be medically treated.

So, with the physiology and risks of developing breast cancer addressed, what can you do to take preventative measures against the disease? The two main ways to prevent breast cancer is to have an annual mammogram, and strengthen your immune system by adopting a healthier diet and other lifestyle changes such as quitting smoking.

Be sure not to skip your annual mammogram. Every woman over the age of 30 should conduct personal breast examinations and planned mammogram tests. Mammograms play a critical role in early detection, and cure rates for early stage breast cancer can reach up to 98 percent. Moreover, getting a mammogram has been shown to reduce death rates from breast cancer as much as 30 percent.

Science has shown that boosting your immunity has a great impact on reducing breast cancer risk. Since "you are what you eat," choose immunity-boosting foods such as green tea, garlic, olive oil, turmeric and cruciferous (leafy green) vegetables. Green tea has great antioxidant effects, which can be increased tenfold if you squeeze some lemon juice into it. Scientific research has also shown that consuming three cups of green tea may reduce the risk of breast cancer by up to 50 percent due to its rich content of EGCC, an antioxidant. Garlic and turmeric are is very widely used immunity boosters, and garlic in particular has great anti-inflammatory properties. Turmeric, on the other hand, is the golden spice of the spice market. This orange colored spice is not only the best anti-inflammatory spice, but it also helps to decrease the excessive amounts of estrogen in your body. A daily dose is shown to reduce tumor growth, and it should be the major component in your cooking. Leafy greens including kale, broccoli, cabbage, spinach, chard and bok choy provide a wonderful source of vitamins, minerals and antioxidants. Also their high fiber content helps to reduce estrogen levels as well by cleansing your digestive system. Leafy greens are also a detoxing agent for the liver; when there is no toxic chemicals circulating in your body, cells will not become aggravated and turn into cancerous ones. Another green healer is seaweed, which is a great source of iodine. Seaweed is found to be a healing vegetable due to its estrogen reducing effect.