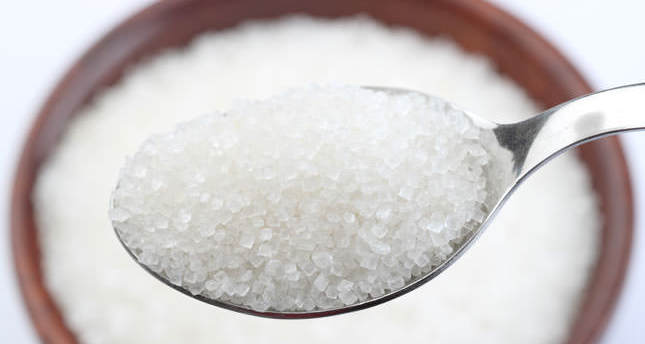 Cancer has become one of the biggest global health issues. However, with the right diagnosis early enough, cancer’s mortality rate can be reduced significantly

Our body is composed of different systems ruled by a governing system that allows all the others to work seamlessly. This overarching system is called the immune system. The immune and lymphatic systems begin protecting your body from diseases and germs from the first day of life. It is also referred to as the body's first line of defense. Its work consists of not only defending against foreign organisms entering the body but also other parallel formation in your body such as cancer. I am sure you have heard a lot about cancer, but the prevalence of each kind differs between populations. In some countries lung cancer is more frequent, while in another country ovarian cancer might be the leading form. The most prevalent forms are breast cancer for women and prostate cancer for men. In recent years we have been hearing about a growing number of patients being diagnosed with cancer even though the frequency of cancer has not greatly changed, which is probably due to improved diagnosis. I always mention that a physicians' first goal is to come up with the right diagnosis, the second is to prevent illness and the third goal is to treat the disease. So in fact, prevention is one of the first objectives for a doctor. I personally touch an average of 200 hearts a year with my hands in attempts to treat them, but my goal is to talk to those hearts before they come to my operating table. I have spent much time reading over the literature on cancer and found many new studies that show miraculous results in cancer prevention. So, if you want to reduce your risk of certain types of cancer by almost 50 percent please read this article to the end.

A major threat to women's health is poor hygiene, which is a large contributor to ovarian cancer – the leading cause of death among female cancer patients. Due to ineffective screening techniques and late symptoms, this type of cancer is diagnosed at later stages when treatment is almost impossible. If you learn the terms and conditions of your body you can easily be aware of certain diseases, and this is only one of them. Furthermore, it is important to learn the risk factors of such diseases. In the case of ovarian cancer, belly fat is found to be a large risk factor with research showing that women who are more than 10 kilograms above their ideal weight significantly increase their risk of developing ovarian cancer. Once they become obese their risk of developing ovarian cancer increases by 30 percent. Consuming dairy products more than advised is also another risk factor due to its sugar and lactose content. Other research has also shown that women who consume more than 30 grams of lactose increase their risk of being diagnosed with ovarian cancer by 20 percent. Another risk factor leading to ovarian cancer is the use of birth control pills for long periods of time with studies showing that using the pill for 15 years increases the risk by more than 50 percent, while using them for up to four years showed risk increases of about 20 percent.

Now comes the good news. A study has shown that consuming more than 35 grams of fiber daily reduces the risk of ovarian cancer by 20 percent, while some other convincing research has shown that a daily consumption of oolong tea reduces cancer risk by as much as 80 percent. So, sipping on three glasses of oolong tea a day gives you a benefit that almost nothing else can.

Stomach cancer affects about 1 million people annually, with a higher prevalence in Asian countries than Western countries, however recent reports have shown that there is an increasing trend of stomach cancer in the Western world. The most common risk factor for stomach cancer is bacteria called Helicobacter pylori (H. pylori), which is fished out of patients' stomachs by gastroenterologists using endoscopes. This bacteria is blamed for causing ulcers in your stomach and aggravating stomach cells so that they grow abnormally leading to cancer. H. pylori lies in the mucosal lining of the stomach, right on top of stomach cells underneath the protective mucosa. For those who don't know, it is treated after diagnosis with only two antibiotics and an anti-acid pill. So if you have an upset stomach, stomach pain or reflux you should see a gastroenterologist to check to see if you have this because it is an easily curable bacterial infection. Another major risk factor for stomach cancer is food additives and salt. You may all know that food additives used in processed foods are bad for your health and unfortunately, the first recipient is your stomach, so it would be surprising if they didn't cause stomach cancer. You should stay away from processed foods to reduce this risk. Processed foods are also a major source of salt which has been shown to damage the lining of your stomach and cause abnormal cellular growth. Studies have shown that if you abstain from processed foods more than three times a week you will reduce your risk of stomach cancer by as much as 50 percent.

Third on the list today is liver cancer. It's a frightening issue due to its very poor prognosis. A patient's five-year survival rate with liver cancer is as low as only 10 percent. This is why it is very critical to be on the preventative side of this disease. But due to the particulars of this disease, patients do not realize their symptoms until it is too late. The general symptoms of liver disease include fatigue, right upper abdominal or shoulder pain, jaundice, unexpected weight loss and loss of appetite. The overconsumption of alcohol and obesity are major risk factors for liver disease. Obese patients with an apple shaped body tend to have fatty livers. If it is not treated before early on when the liver starts changing its anatomy, liver cancer may form. The first goal is to maintain a healthy waist size in order to prevent this disease. Regular excessive drinking can cause cirrhosis, which leads to a fibrotic stiff liver. Cirrhosis is a disease that literally acts as a bacterial culture for forming liver cancer. You may think of it as scar tissue in the liver where normal healthy liver cell growth is almost unexpected. Eliminate added sugars to reduce your insulin spikes that form visceral fat in your abdomen leading to fatty liver. Researchers from a valued institution in Italy found another great preventive method which has shown that consuming three cups of filtered coffee every day reduces your risk of liver cancer by 50 percent.

As I always mention, the trick is to change your lifestyle by implementing good health habits. In some cases, maybe a cup of coffee will help, where as in other cases one cup of oolong tea would benefit more than you think. Our ultimate goal should be to live a longer and lead a healthier life where we keep the quality of our life at the highest to enjoy all its blessings.