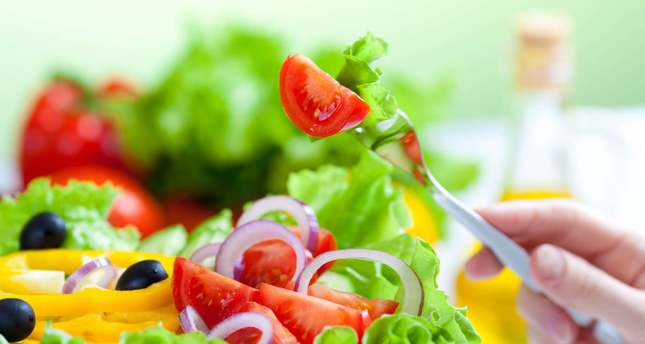 People have started performing more individualized diets instead of classical ones in recent years. Individualized diets are almost 100 percent successful if the person who is going on this type of diet knows the reason-result story of the particulars

In recent years, classical diets that fight obesity or help to reduce weight have been swapped for interchanging diets. Interchanging means that it changes or has to be modified from person to person so that they work with an individual's own biological mechanism. These newer diets target hormones, but the downside to them is that, unfortunately, people do not obey the rules. Although they are designed especially to help alter the living habits of the individual, problems arise when the individual has to adopt those rules to their own life. People do not obey the rules of the game just because they do not know the story behind the rules – the so-called physiological mechanism. This means that we as doctors are to blame.

The chance of success in these alternating diets is almost 100 percent if the person who is going on this type of diet knows the reason-result story of the particulars. If the background story is well explained to everyone, I am sure people would change their weight loss plans from memorizing diet tables to adopting healthy habits in their lives.

It is well documented that the unsuccessful results of a weight loss plan are due to the desire for rapid weight loss and memorizing models. The aim of alternating diet plans can be simply explained – move the parked truck with the help of all instead of just releasing the parking brake. In this case of course, the owner of the truck has to know where the gears, brake and motor are. I am not an engine technician and am still a doctor as all doctors are, but my aim is to show how to drive your life.

The major parking mechanisms of the body are hormones. At the top of the list is the hormone insulin, which regulates blood glucose levels. The second one is the leptin-ghrelin cradle that controls hunger and metabolism. Also there are counter-insulinergic hormones that raise blood sugars, especially cortisol, which is a stress hormone. Obesity with an Apple-shaped body is mainly due to stress, and pear-shaped obesity is due to sex hormones. All of these hormones need a balanced metabolism to work evenly. Have you ever experienced bloating right after eating sugary foods or dairy products? Well, this is due to the reaction called inflammation. And when you eat simple carbohydrates, blood sugar levels may spike, causing your ¨truck¨ to literally come to the edge of a canyon.

Let's explain this situation with recent research. To burn body fat, you need to increase leptin and break up leptin resistance in your body. Did you know that starving your body with those memorized diets decreases your leptin by 50 percent in just one week after starting your weight loss plan? Now ask yourself, what would be the success rate of such a weight loss plan since you know that the system has already halted in the first week. Here comes your tip of the day: Processed foods decrease leptin, and single ingredient whole foods increase leptin. Now it should be easy to choose the one that is right for you. Single-ingredient foods are everything that is raw, unprocessed and unpacked with other additives.

Leptin comes from the Greek word "leptos," meaning slim, but the leptin hormone is secreted from fat cells. So you would now think that fat people should have higher leptin levels. Well, yes that is true. But in this condition, if you were obese you would have more leptin, but that leptin won't be able to work in your tissues to burn fat because there is resistance. Since leptin signals your brain to stop eating or sends out the message that says, "Do not eat. You are not hungry," when there is resistance, your brain won't hear the body scream. To be able to lose weight, your first goal should be to increase your leptin and decrease its resistance in your body. When you eat whole and raw foods, starting to lose weight will be a piece of cake.

To increase leptin without gaining weight

- Eat fruits and foods that are rich in Omega-3 fatty acids.

- Try not to eat after dinner. Although leptin levels increase after dinner, it won't stop your cravings.

- Take a break once a week and consume 500 more calories that day than you regularly do every other day. Since leptin drops 50 percent after you literally starve for a week, you need to make some changes so that it gets back to normal. And that once a week change is to take a break from your plan, but still stay in the healthy zone.

- Cook food with olive oil. Olive oil increases leptin levels by as much as 45 percent.

- Fenugreek and green tea decreases the resistance in the body to leptin.