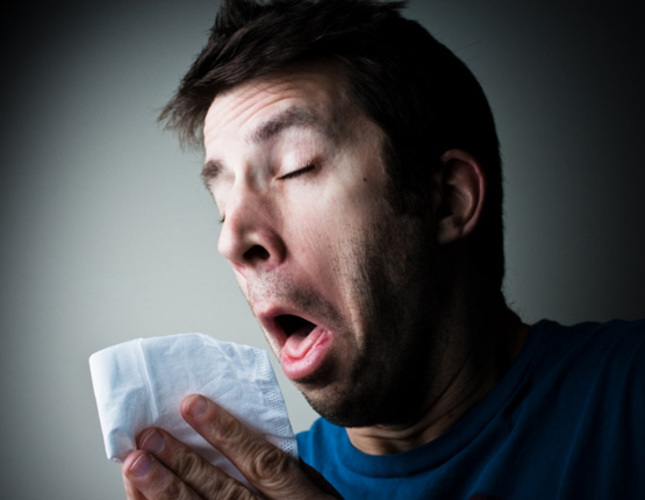 Winter is here, and aside from the chilly temperatures, it also brings risks such as the flu. It is important to be familiar with the health risks associated with the season and take necessary precautions

The weather is not the only thing that changes in the winter. Several health conditions that can be life threatening also appear during this season.

Although the human body is created to overcome so many risky health conditions, not everyone fits into this group, especially those who are vulnerable. Medically we say that this group would have higher a frailty score, being old, slim and chronically ill. Winter also puts children under the risk of several conditions.

There are of course several health benefits of winter as well, although I bet none of us appreciate them while shivering! Cold temperatures do a great job and serve public health by killing off disease-mongering insects and microorganisms. Moreover, cold weather may also help us slim down by stimulating metabolically active brown fat. Brown fat is the opposite of unhealthy white fat and is a good type of fat that actually helps the body burn energy in the form of heat.

In northern countries such as Scandinavia and Russia, many people actively seek the cold: wintertime swimming in frigid water or exercising is believed to do health wonders, and there's some science suggesting that it really might do so. Don't forget that as far as the temperature goes, if you are just warm enough and used to exercising, there is no temperature you can't actually work out in.

But obviously there's a dark side of winter that needs to be considered as well. Interestingly, several pieces of literature have shown that death rates increase and reach a peak during this time of the year. We know that cold weather increases blood pressure, and possibly increases the risk of people who already have cardiovascular diseases. Research has investigated the reason of this peak in death rates, and found out that sudden heart attacks, strokes or other cardiovascular diseases are the main causes of the increase. As a cardiac surgeon, I can confirm these results by just looking at the peak in number of cardiac surgeries I perform during these months.

Also, without hesitation, it can be said that the flu is a winter virus, and flu viruses spread more readily once the air is dry and chilly (not only because of the weather being dry, but also because of the dryness of our airways). Furthermore, as the sun goes away health issues start to arise. I had mentioned the great powers of vitamin D in one of my articles here, as the dark skies start to appear we start to lose this vitamin and its benefits, causing a mainly depressed immune system. So ultimately chilly temperatures and vitamin D deficiency is a poor combination that will risk your health.

Its really important to increase your vitamin D levels, and you may have not heard earlier but you can increase it naturally without taking pills during winter when there is not enough sunlight. Vitamin D is known for its benefits on heart health, skin health, immune health and mental health. In order to increase it you can make simple life changes. Research has shown that loosing weight also counts for vitamin D levels. If you lose 5 percent or more of your body weight, this will in turn make a spike in vitamin D levels. This is not all obviously; lowering cholesterol, exercising regularly and eating fatty fish are other ways to increase vitamin D levels naturally. Don't forget that wild fish has about four times the amount of vitamin D than farmed ones.

Since winter is also the flu season, its good to get a flu shot as well. Unfortunately, we doctors do not explain all the benefits of getting the flu shot but just mention that it will protect you from the flu! People are more afraid of that shot needle when compared with the disease itself, since its something usual in a persons life when everything goes the right way. But the numbers are frightening when we talk about flu complications. In the United States alone, more than 30,000 people die from flu complications, and about 200,000 get hospitalized. Getting the flu vaccine is equivalent to getting immune. If your immune system is strong enough, this will collectively protect your loved ones as well.

The other two major winter season illnesses are frostbite and hypothermia. Simply, hypothermia is the condition when your body temperature falls below the normal range. On the other hand, frostbite is the condition when part of your skin falls below the freezing point. When ice crystals form in your skin, it starts to kill the cells. Frostbite starts with redness in your skin and can go all the way until it turns black! During the initial stage, frostbite can cause a loss of feeling and color in the affected areas, such as the nose, ears, cheeks, chin, fingers or toes. When your skin turns black, this means that the area is permanently damaged and can even go to amputation.

You may have also heard about frostnip. This is the earliest stage of frostbite cases, and starts with a small white dot in the affected zone. This white dot especially occurs in your body extensions, such as your nose or fingers. Since it's the initial stage of frostbite and there is no black discoloration of the skin, it doesn't cause permanent damage to your skin. Of course, if you warm them up without loosing time! In extremely cold temperatures, the risk of frostbite is increased in people with reduced blood circulation and when people are not dressed properly.

Hypothermia on the other hand, can be fatal if its not detected promptly and treated properly in a timely manner. While hypothermia can happen to anyone, the elderly and frail carry the greatest risk because their bodies often do not adjust to changes in the temperature quickly and they may be unaware that they are gradually getting colder. If you have hypothermia, you'll first feel cold, shiver and seem socially withdrawn. As the condition worsens, you can become confused, sleepy and slur your speech. In the most severe stage, the heart can slow down dangerously. To prevent hypothermia, wear warm, multi-layered clothing with especially good hand and feet protection and a warm hat or hood. If medical attention is not available, remove any clothing that's wet, and wrap yourself in a warm blanket to avoid further heat loss. Although warm beverages can help increase the body temperature, be sure not to drink alcoholic beverages. Additionally, do not take a hot shower or bath, because it may cause shock.