One fruit with different shades of red: Tomato 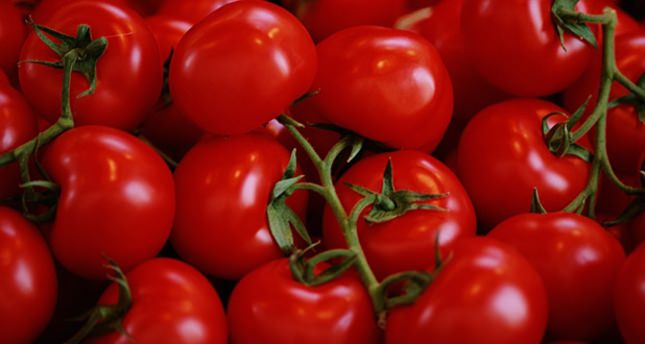 by Halit Yerebakan Jan 26, 2015 12:00 am
Did you ever wonder why we consider tomatoes a vegetable even though it's a fruit? The story dates back to 1887 when the United States imposed a tariff of 10 percent to vegetables but did not impose the tariff to fruits. The U.S. government at the time said that since tomatoes were either eaten cooked or raw, just like all other vegetables, it should be classified as a vegetable. However, botanically speaking, tomatoes are the ripened ovaries of a flower that bears seeds just like all other fruits.

The color red in fruits and vegetables mostly comes from the antioxidant lycopene, which has many health benefits. Today, I will focus on the two major sources of lycopene, tomatoes and pomegranates, which also contain other health benefits. Did you know that as recently as 200 years ago, tomatoes were thought to be poisonous in some cultures? Let's explore the interesting history of the now ubiquitous tomato before we dive into its health benefits.

Tomatoes are prominent in the Mediterranean diet and are closely associated with Italian cuisine. However, tomatoes are actually native to the southern hemisphere, specifically South America. Countries such as Colombia, Ecuador, Peru, Chile and Bolivia are thought to be where the tomato originated. Although we often see tomatoes the size of apple today, historically cherry tomatoes were the first cultivated varieties. The name tomato is believed to have originated from the Aztec word "tomatl," which means swelling fruit. After the 1500s, the Spanish introduced tomatoes to Europe. The Italians called it the golden apple, whereas the French called it the love apple. Its seeds were thought to be an aphrodisiac, and that – in addition to its color – is perhaps why the French named it after love.

Tomatoes were first believed to be a dangerous food because of its botanical relatives. Botanically, tomatoes are a part of the Solanaceae plant family and are closely related to the deadly nightshade plant. Historically, there are a great number of anecdotes about tomatoes that we consider funny now. For instance, in 1830, a colonel named Robert Gibbon Johnson prepared a basket of tomatoes and took them along with him to the local courthouse. He sat on the stairs outside the courthouse and began eating all the tomatoes in the basket. Eventually, a large crowd surrounded him as they thought he would die. Everyone was waiting for him to foam at the mouth and twitch until he finally died, but nothing happened. After this incident, tomatoes were accepted as edible, but people were still weary of eating it raw.

Fortunately, we have come a long way since then, and science has taught us that tomatoes provide many health benefits, whether you cook them or not. A medium sized tomato, which is about 120 grams, will provide only 22 calories, 5 grams of carbohydrates and no fat. So, when you take a look at the nutritional breakdown, you may not think that it has much to offer. On the other hand, though, it has much to offer when we take a closer look at its chemistry. From vitamin A and vitamin C, alpha-lipoic acid and lycopene to choline and lutein, tomatoes contain a wide array of beneficial antioxidants. Due to its rich, beneficial makeup, the tomato is referred to as a functional food.

Many of you have probably heard about the anti-aging antioxidant alpha lipoic acid, which helps the body convert glucose into energy. Because it facilitates this process, it aids in regulating the concentration of glucose in the blood, which is why tomatoes help to boost your metabolism if eaten at the end of meals. Scientific evidence also demonstrates that it dilates your blood vessels, which eases hypertension, protects against retinopathy in diabetics and even helps to preserve nerve tissue, protecting your brain.

Lycopene gives the rich red color to tomatoes. It is found in almost every other type of red fruit but tomatoes account for almost 80 percent of all lycopene we consume. Moreover, lycopene is thought to have the highest antioxidant activity of all carotenoids. Its powerful antioxidant effect helps to maintain the strength, thickness, and flexibility of cell membranes. Maintaining a healthy cellular membrane will slow aging and also protect our cells from toxins. There are many studies supporting the health benefits of lycopene that also highlight how it is not just the guardian of our cell membranes. Lycopene is shown to stop LDL oxidation by free radicals so that they cannot be deposited in atherosclerotic plaque. It helps to prevent of diabetes, age-related macular degeneration and cataracts, aging of the skin, osteoporosis and infertility. Moreover, research suggests that it may also aid in the treatment of infertility in men by boosting their sperm count. The best news is that, currently, there are no reported side effects from eating foods that are rich in lycopene.

There are also other surprising health effects of tomatoes concerning cancer prevention. Researchers have documented that tomatoes and broccoli have a synergistic effect when taken together that may aid in reducing the risk of prostate cancers. According to a Canadian study, a diet rich in tomatoes and lycopene was linked in a 31 percent reduction in developing prostate cancer.

Aside from all of the aforementioned benefits, tomatoes may also be good food supplement to battle depression. The folic acid content in tomatoes has been shown to reduce the levels of homocysteine in your blood, which interferes with the hormones that regulate mood including serotonin, dopamine and norepinephrine. These hormones not only regulate mood, but also your sleep and appetite. So, maintaining a healthier balance of these by increasing folic acid through your diet will regulate your daily routine. Another important nutrient in tomatoes, choline, will also help with sleep, muscle movement, learning and memory.

Tomatoes are very important in the Mediterranean diet and a study shows why. Researchers demonstrated that if tomatoes are eaten along with healthier fats, like olive oil, the absorption of the carotenoid phytochemicals in tomatoes increases by two to 15 times. However, the Environmental Working Group prepares an annual list of fruits and vegetables with the highest pesticide residues and cherry tomatoes are unfortunately high in the list. So, it is advised that you should go for the organic ones to minimize pesticide exposure. But it is not a huge problem according to other studies, which state that the nutritional benefits gained from eating non-organic tomatoes far outweighs the risk of not eating them at all.