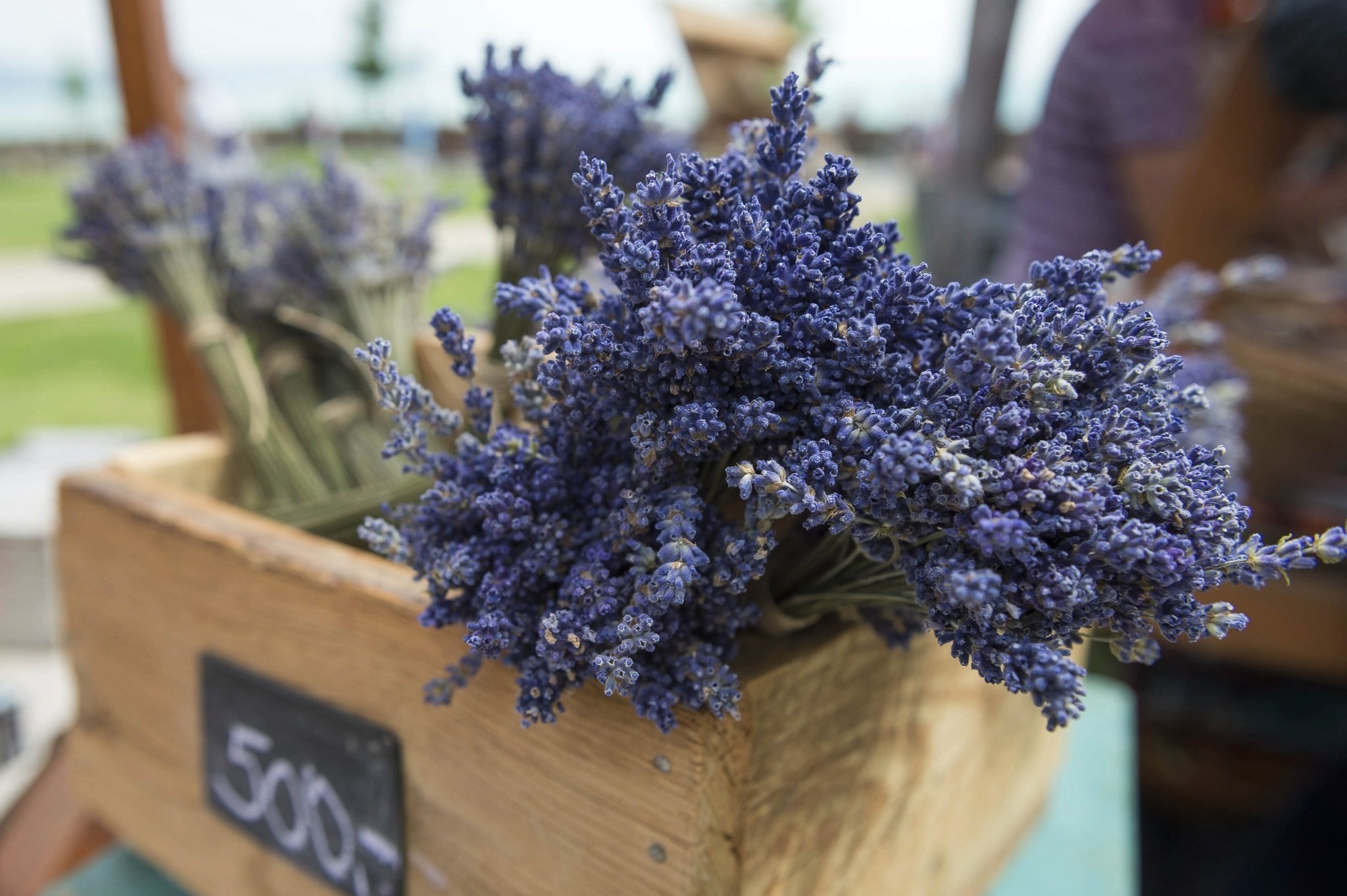 Used in several forms for herbal treatment, lavender is highly rich in Vitamin A and C, the antioxidants.
by Halit Yerebakan Jul 03, 2017 12:00 am

Mesmerizing and calming people with its divine smell for millenia, lavender is used both in herbal treatment and skin care. Besides its several positive effects on health, you can also make use of lavender as a homemade cleaning product or an organic odor-eliminator

Centuries ago, when there were no chemical laboratories, people used to turn to nature to find cures for illnesses. The nonstop development of technology and the increase in scientific knowledge has led to a decrease in herbal medicine, and for a while, it has even taken blame.

However, the recent resurgence in herbal medicine over the past few decades has led to more people seeking out natural healing remedies to alleviate everything from sleeping problems to migraine pains and even symptoms associated with liver disease. It is for sure that such advice about herbal treatment must be scientific research oriented and their benefit or harm on human health must be proven by scientists.

Although many plants that are beneficial to the human body may well have been forgotten, lavender is among the unforgettable. In fact, many products with lavender extract are still popular and have been since they were first discovered.

Firstly, let's talk about lavender oil. While buying essential oils, like lavender, the first thing to be careful about is how the oil was produced. The degree of heating used is very important in terms of producing the beneficial extract of lavender into oil. If the heat is too high, it can result in wasted extract that could have been beneficial. For this reason, choose a product made by a reliable company.

Lavender oil's most popular effect is its calming quality. For those suffering from sleep problems, applying a few drops of lavender to a pillow before sleep can result in deeper, more relaxed rest. According to researchers, the relaxing effect from the aroma is the most prominent benefit of lavender.

Generally seen on the inside of the cheeks or around the mouth, aphtha is a kind of ulcerous lesion encircled by a red halo. Causing a lot of pain, aphtha seriously inhibits sufferers from common activities like speaking or chewing. It is also highly bothersome in terms of aesthetics. Although its causes are not entirely known, there are a few natural remedies. Studies show that applying a few drops of lavender oil onto the aphtha lesion can be beneficial in relieving pain and healing the tissue. If the lesion lasts for two or three weeks, lavender oil intervention can considerably shorten the healing process.

If you suffer from dandruff, your dry scalp may give you the urge to scratch frequently. The more you scratch your scalp, the more dandruff you are faced with, resulting in an annoying, vicious cycle. Dandruff can also be a bothersome condition aesthetically. Studies show that massaging the scalp with lavender oil and leaving it there for a while can soften the scalp and rid it of dandruff. If you repeat this application regularly, you will benefit from the lavender massage. Its pleasant aroma also has extra benefits.

For people suffering from migraines, it can be a nightmare waiting to strike at any moment. It is difficult to describe how a migraine feels to those who have not experienced it, and a migraine can last a considerable amount of time, making the sufferer feel detached from reality. Lavender oil does not heal migraines; it just helps relieve the pain. A study showed that when the migraine pain is just starting, applying a few drops of lavender oil on the upper lip and breathing it in for 15 minutes can reduce pain.

The summer heat has been extreme in recent days, and most of us have already put away our winter clothes. Applying a few drops of lavender oil on woolen clothes before storing them can help protect them from pests like moths.

Get rid of room odors with lavender oil

Many people use odor eliminators to freshen up their homes. However, most odor-eliminating sprays are made with chemicals, causing us to breathe them in constantly. You can make your own odor eliminator with lavender oil. To do this, boil some water, when it starts to boil, add a few drops of lavender oil according to your preference and let it boil for 15 minutes. Then, transfer the mixture into earthenware and your homemade odor eliminator is ready.

Many skincare companies in the market have realized lavender's magic effect on the skin and have started adding lavender oil into their products. You can also use lavender oil for acne scars, wrinkles and skin cleaning.

Studies show that lavender functions as an antihemorrhagic by applying a compress with lavender oil on the bleeding area.

Lavender is highly beneficial for the digestive system. To be able to make use of its digestive-friendly function, you can brew it and consume it as tea. To make the tea, add dried lavender flowers to boiled water and let it brew for a while. You will be shocked by its digestive effect.

Studies show that lavender is highly rich in Vitamin A and C, the antioxidants. To use lavender as an antioxidant, you can consume it as tea.

Lavender oil as a disinfectant

Lavender oil has disinfectant properties, making it highly suitable for home cleaning and scar care. If you want to use it for cleaning, just apply a few drops into the water you clean with. However, keep in mind that using too much lavender can leave oily marks on the floor while it is wet. You can also prevent inflammation by applying just one drop of lavender oil onto a scar, helping the scar heal faster.

Studies show that lavender is extremely beneficial for the liver. It is known that lavender has a healing effect in the early phases of liver deficiencies can be extremely beneficial for liver diseases. Lavender is also helpful for Hepatitis B and Hepatitis C patients, as the lavender fortifies the liver's metabolism against the cultivation of viruses. Additionally, it fortifies the immune system of the liver to such an extent that it may suppress the reproductive rate of both viruses.

Lavender can also be beneficial for fatty liver syndrome, as it helps to control increased liver enzymes from chemotherapy and it decreases them to normal levels.

Be sure to consult your doctor before using lavender in any of these cases.