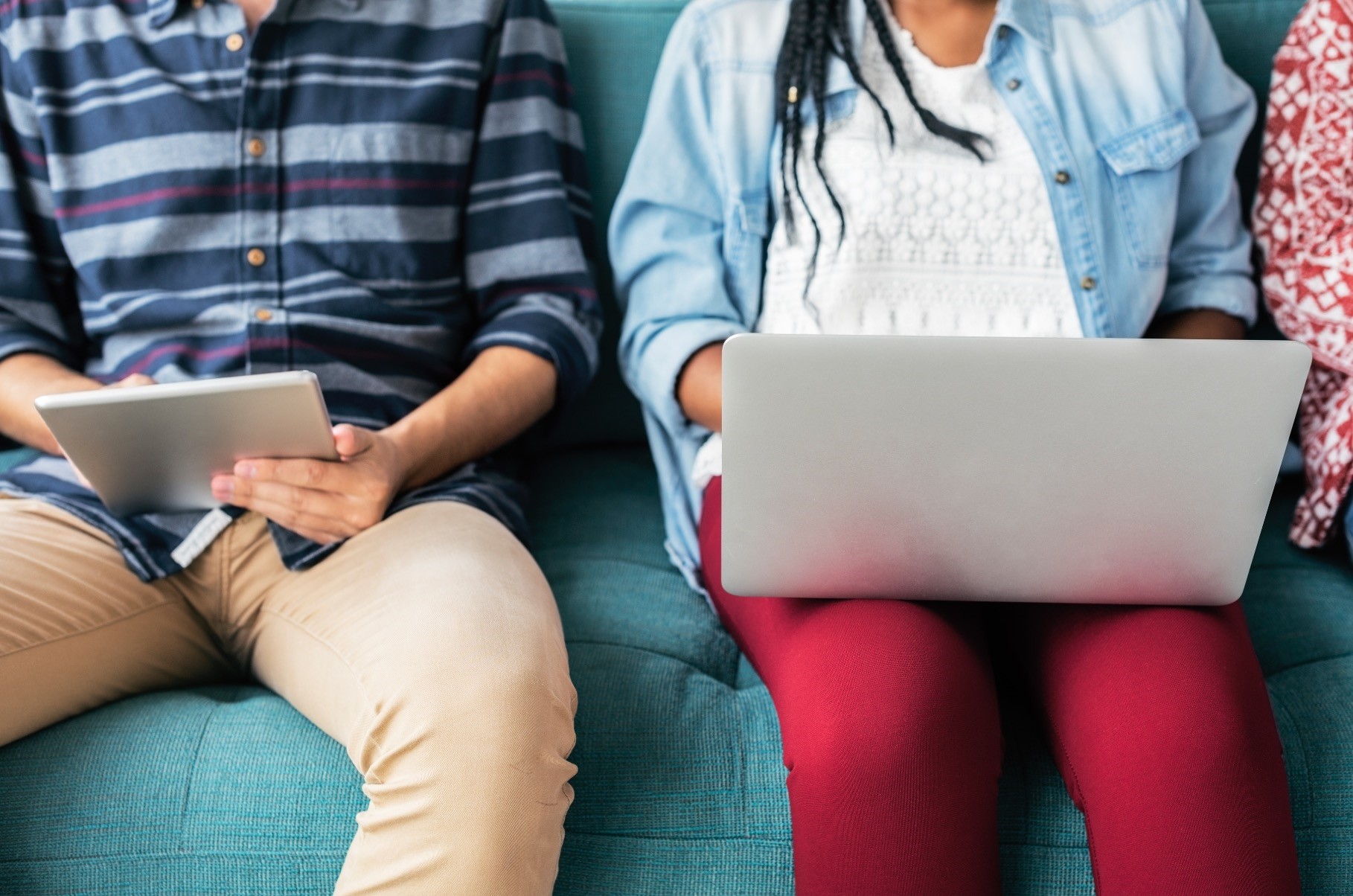 Technology is everywhere and it is almost impossible to run away from it but if you want to lower the risks of Alzheimer's, it is best to avoid overuse of technology

Manifesting itself with dementia, Alzheimer's disease is hard to recover from once it has started. However, for patients who are diagnosed with the disease in its early stages, it is easier to get a response from the treatment. Anxiety, depression, learning disability, temporary loss of consciousness, speech disorder or an inability to communicate are the most commonly seen symptoms of the disease. After the age of 30, especially when the body metabolism starts to slow down, dementia may occur. Studies show that 20 percent of the world population has the risk of developing Alzheimer's disease. The same studies claim that leading a life so much in-touch with technology may also increase the risk of Alzheimer's.

Scientists continue conducting studies on the reasons of Alzheimer's, yet it is known that there are so many factors causing Alzheimer's disease including deformed proteins, genetic or neuronal energy deficiency, neuron-inflammation and vascular diseases.Reasons behind Alzheimer'skAmyloid: Amyloid plaques are abnormal protein accumulations piled up on the brain and they suspend mental functions.

Tau:Tau is a kind of protein, which causes the death of nerve cells on the brain of patients with Alzheimer's disease. It can be prevented via medicine.

Energy deficiency: All cells need energy for a healthy functioning and the brain needs so much of it. As we get older, our brain cells use energy less efficiently. Neuronal energy deficiency is one of the earliest symptoms of Alzheimer's disease.

Circulatory system: When the blood vessel system is damaged, the brain may not be supplied with the needed oxygen and so the vital food stuffs of the brain cells cannot be conveyed. This may make the treatment difficult.

Indifference: People with Alzheimer's disease may estrange themselves from social life. During the early phases of the disease, patients may start to spend less time with their friends and become lonelier day by day.

Physical Appearance: In the early phases of the disease, the patient may forget about getting a haircut or shaving their beard, mostly wearing the same clothes and may ignore taking showers.

Change in senses: There may be seen malfunctioning in the eyesight, sense of hearing and smell of the patients.

Engaging in technology more than one should: Studies show that people engaging in too much technology (especially with computer games) have the risk of developing Alzheimer's disease.

Academic background: People especially with a low educational status are more open to develop Alzheimer's disease. The brain develops new connections while learning and memory is improved. Not using your memory actively is the prominent reason of dementia.

Early diagnosis is the best hope for curing and controlling Alzheimer's symptoms. Neurologists and other experts are able to correctly diagnose Alzheimer's disease in almost 90 percent of patients. While making the diagnosis, the patient may be asked questions on their past health problems and skills in their daily routine. The doctor may conduct some cognitive tests on memory, problem solving, attention level and language or brain scanning.

First introduced to medical literature by German psychiatrist Alois Alzheimer in 1906, the disease acquired its name from the doctor. Symptoms of the disease may arise in early ages, however, people over 65 can also be diagnosed with it. Alzheimer's disease is unrecoverable for now. However, scientists sustain their studies on techniques that will slow down its development via early diagnosis and treatment methods. Alzheimer's disease is as terminal as heart disease and cancer. Studies show that more than 26 million people globally are currently fighting the disease. The expected number for 2050 is extremely high. Scientists say that in 2050, more than 1 percent of the world population will be diagnosed with Alzheimer's disease.

If it is possible, open your arms sideways and try to stand on one bare foot on a firm ground with eyes closed and count up to 100 loudly in 30 seconds. Adapt yourself to this balance exercise every morning or evening (once a day).

Also mustard and curry sausages are shown to be beneficial in fighting this disease. Some sources claim that the reason behind their positive effect on the disease is that these sausages contain turmeric.

Vitamin E is the key: Vitamin E is a highly effective antioxidant source and it can melt in oil. Thanks to this feature, it has an important role in fighting plaque accumulation. Almonds, nuts, sunflower seeds, Jerusalem artichoke, olives and olive oil are highly rich sources of Vitamin E.

Prefer green tea: Studies show that consuming whole grain products on a regular base is important for brain health. Vitamins B, C, E and A are beneficial in curing Alzheimer's disease. Foods like pepper, mint, egg yolk, carrot, sweet potato, apricot, tomato and white cheese are among the sources that reverse and prevent Alzheimer's disease. Make it habit of consuming green tea. The substances in it are known to be effective on the memory.

Consume red fruits twice a week: Berry fruits like strawberries and blueberries are extremely useful alternatives to protecting brain health. A study conducted on women who consume such fruits twice a week shows that the comprehension ability of the ones who sustain this habit regularly for two-and-a-half years increased seriously. Nuts (hazelnut, walnut and almond) are highly beneficial for brain health. They are also important sources for protecting heart health as they contain healthy oils, fibers and antioxidants. It is best to consume these sources up to five times per week.

Eat cold-water fish: Omega 3 deficiency comes from the factors that trigger Alzheimer's disease. Fish like salmon and mackerel are highly rich in Omega 3. In addition, they contain dihydroxy acetone, which is extremely beneficial for brain health. It is enough to consume them once a week.

Last but not least: Read books, especially novels. Novels feed your skill of relating the issues to one another.

Play scrabble. They make you more productive and fortify memory.

Socialize. Anxiety, depression and loneliness increases the risk of Alzheimer's disease. Do not forget to spend time with your inner circle.