Sleep tight: Toss your smartphone away for better sleep 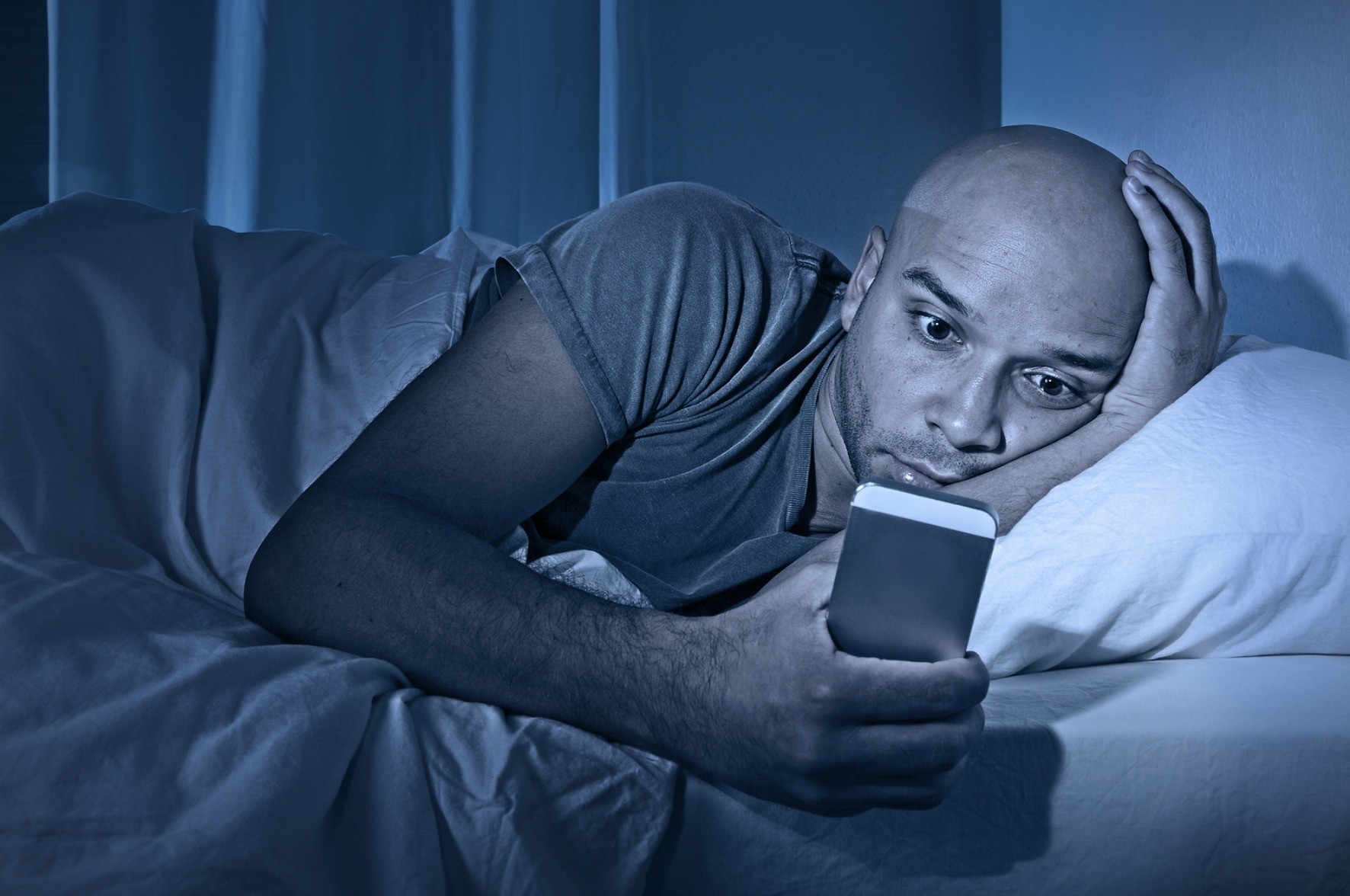 Sleep quality affects our health in many ways, but the worst thing that keeps us from a good night's sleep is the blue light caused by our smartphones

Do you know that smartphones, which have become a great part of our lives, threaten our health? The use of smartphones causes many diseases, such as heart problems, cancer and Alzheimer's.

Surveys that focus on the relation between sleep and technology at King's College London and Cardiff University, indicate that the use of smartphones or tablets before bedtime cause sleeplessness and leads to problems in social life the next day. Another result shows, in particular, that if social media applications on phones are always open, they promote their use. When the sleep time of participants and their use of smartphones are taken into consideration, it was determined that there is a relation between sleep quality and the period of using phones. The sleep quality of participants that spend much time with phones before sleeping is much lower. The survey results were published in PLOS One magazine.

One reason why smartphones and tablets cause sleeplessness is blue light, which is collected by special cells behind our eyes and destroys the sleep signals that are sent to the brain, and all blue light puts pressure on melatonin, the hormone that helps sleep timing and circadian rhythms. At night, our level of melatonin is higher than during the day. However, this level is negatively affected by blue light. In an experiment by scientists from Rensselaer Polytechnic Institute on 13 people in 2013, participants had to use tablets two hours before they sleep. Some of them wore orange glasses that filter blue light when using tablets, while others looked at the blue light with bare eyes. According to the results, the melatonin level of those who wore orange glasses was higher.

Blue light from smartphones threatens various organs, from the retina to the heart. Memory is also weakened by the slowing down of the metabolism, especially after the age of 30. Close relations with technology cause these people to have Alzheimer's at much early ages.

Common symptoms observed in people with Alzheimer's are anxiety, depression, learning disability, short-term memory loss, speech disorder and disability in communication. According to the survey, 20 percent of people are at risk of having Alzheimer's and a life based on technology can increase this risk. The works of scientists continue to look for the causes of this illness. However, we know that many factors contribute to its development, such as damaged proteins, genetics, neuronal energy deficiency, neuroinflammation and vascular illnesses.

What happens when we don't have quality sleep?

Research shows that while men need to sleep seven or eight hours, women need six or seven-hours. What happens if we don't sleep as much as we need?

2-Sleeplessness numbs you and represses learning and thinking. Its effects on cognitive functions also affect your thinking ability, concentration, attention and reflections.

3-Reearch indicates that illnesses such as cardiac diseases, heart attacks, high blood pressure, stroke and diabetes are more common in people with sleeping problems. There is one thing that we know: Sleeplessness causes aging in vessels and leads to tiredness; our physical appearance ages and the vessels carrying blood to our organs don't work properly.

4-A survey in 2002 indicates that sleeplessness, regardless of sex, decreases the libido.

6-Lack of sleep increases the risk of death.

9-Lack of sleep can be caused by depression and can cause depression.

Don't use phones at least two hours before sleeping

Previous research indicates that people should not use a phone at least two hours before sleeping. When sleeping problems are taken into consideration, people who don't look at their notifications during the day, use their phones much more often before sleeping. Don't forget that blue light from screens may cause learning difficulties.

Berry fruits, like strawberries and bilberry, are very healthy alternatives to protect brain health. A survey of women who consume these types of fruits two times a week for two-and-a-half years shows that their comprehension seriously increases. Dried fruits, like hazelnut, walnut and almond, are healthy for our brains. In addition, healthy oils, fibers and antioxidants that they contain are important to keep healthy. To get these benefits, consume them five days a week.

People have used chamomile tea for sleep for years, and surveys support its calming effect. A Japanese study found that chamomile extract helps rats to sleep as quickly as rats given a dose of benzodiazepine, a relaxing medicine. Experts need to do more research on chamomile tea. Be sure that it is steeped properly. Use two or three teabags and wait for it to brew.

- Determine an interval to look at phone notifications, do not exceed this period and don't use a phone at least two hours before going to sleep.

- If you need to use a phone at night, use glasses with a filter that prevents blue light.

- Keep noise and light at a minimum. Use earplugs, eye mask, window shutters or heavy curtains. Little night lamps are good for bedrooms and bathrooms.

- Regular exercise, such as walking, decreases stress hormones and helps you sleep better. However, don't exercise two hours before sleeping! You may have difficulty in sleeping.

- Don't nap in the afternoon.

- Stop working an hour before sleeping to relax your brain.

- If possible, keep pets away from your sleeping area.

- Be sure your bedroom is well ventilated and at the right temperature.