Tea: A drink of health and beauty 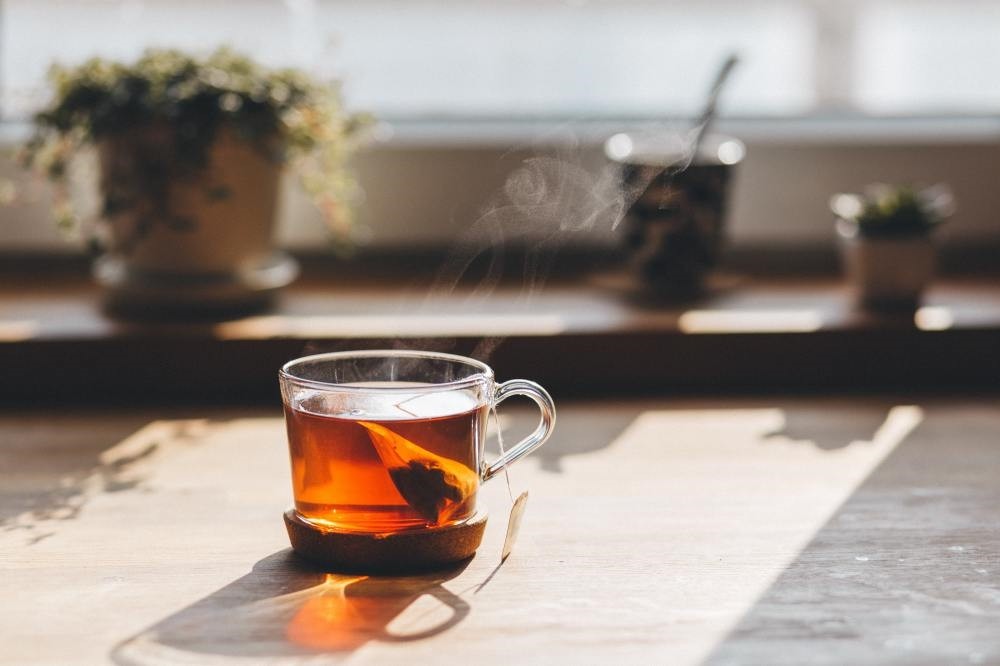 Some natural tea blends contain minerals that can boost the immune system, ease stress and even increase physical strength.
by Halit Yerebakan Jun 25, 2018 12:00 am

Consumed by two thirds of the world's population, tea is more than a popular drink as studies show that tea made from camellia sinensis leaves also help against cancer, type 2 diabetes and arthritis

After water, tea is the cheapest beverage people consume. Drinking tea has been considered a habit protecting health since ancient times. Modern medical studies provide a scientific basis for this belief. Evidence that supports the health benefits of tea is getting stronger in every new study published in the scientific literature.

Today, you can find hundreds of different teas that claim to provide a potentially healthy life and fight diseases. Surveys show that some of these natural blends contain minerals that can boost the immune system, ease stress and even increase physical strength. Hot tea has also been proven to stimulate the digestive system.

So, what if I tell you that tea is useful not only for health but for beauty? Tea is effective for beauty as to it fights aging with its antioxidants and anti-inflammatory properties.

According to a study published in the Biochemistry and Biophysics Archive, there is evidence that polyphenols in green tea enhance DNA repair, which is effective in fighting non-melanoma skin cancer caused by exposure to UV rays. Although there is no specific daily advice for green tea, experts recommend 2 to 4 glasses a day. To avoid insomnia, drink it early in the day.

If your lotion does not contain tea, you can lose moisture in large quantities. A dermatological therapy study shows that volunteers applying a lotion containing green tea leaf extract at a concentration of 6 percent had significantly more moist, supple and smooth skin after only one month.

If you have been overexposed to the sun, benefit from the soothing properties of tea to feel better. Experts suggest that you throw at least a dozen green tea bags in bath water and go right in until you get calmer. Green tea helps reduce inflammation of the skin. Organic green tea is preferable.

If your hair color looks pale, use tea to brighten the tone. Tea is slightly acidic. Acidic ingredients block hair cuticles, making hair look shiny. Put six chamomile tea bags in a cup of boiling water, let it to rest for about 15 minutes, then cool the tea in the fridge (to use as a cold shampoo), wash your hair once or twice a week with this mixture.

Of course, tea's benefits are not just about beauty. Here are five different teas you need to sip for health benefits.

The latest studies show that mint starch tea increases concentration and helps with the memory. Scientists at Northumbria University in the U.K. discovered that among mint tea drinkers and chamomile tea drinkers, mint tea drinkers displayed more caution and ability to work better, as well as long-term memory.

Refreshing mint tea, whether hot or cold, is extremely healthy. Studies show that mint relieves the stomach, while holy basil (aka tulsi) is its own super plant. The leafy green plant widely used in Ayurvedic medicine is known as Mother Nature Medicine. Many experimental studies point out that holy basil can protect the liver and kidneys from damage caused by ingesting pesticides and industrial chemicals with fruits and vegetables even after washing them properly.

Although some of us have not heard the name, many who like different teas have become acquainted with oolang tea, which has a shade between green and black tea, and is slightly more aromatic than other teas. Oolang tea is good for skin rashes and is a much more relaxing tea than other types of tea. Drinking oolong tea accelerates metabolism and increases the body's energy expenditure similarly to the process during exercise, meaning that lightly fermented black tea can help you lose a few pounds by increasing the calories you burn while seated. The reasons for this are not entirely clear, but scientists think that caffeine and flavanols, usually found in black and green teas, can be used as fat burning agents.

Oolong tea is usually served in Chinese restaurants and has a sweet-fruity taste served hot or cold. A cup of coffee has about 75 mg of caffeine.

Are you worried that you will not perform well while exercising? Drink some rhodiola tea to get the best result. The rhodiola flower was explored and tested by Russian athletes during the Cold War, but recent studies support its sports-related features such as enhanced durability and faster exercise recovery time. This tea does not contain caffeine, so you can feel stimulated without being damaged by an energy accident later.

Seaweed offers the widest spectrum of any food ingredient on the planet, including thyroid protective iodine, immune-system booster vitamin C and energy-stimulating iron, and another way to take advantage of these nutritional benefits is to brew seaweed. The aquatic plant is full of minerals that our bodies need but can't produce on its own. Experts say there are about 60 trace minerals needed for the human body, and seaweeds have all these minerals. Numerous scientific studies show that regular seaweed intake maintains hair health.

Apple vinegar is used for many health-related issues from removing stains to losing weight. Studies show it can help lower blood sugar when consumed with starchy foods, which is useful for managing type 2 diabetes. Since it damages tooth enamel if taken as an acidic liquid, it is wise to prepare apple vinegar as tea and thin it with water. As apple vinegar can be hard to drink, flavor it with honey and clove as well as water.