Effects of smoking on COPD progression 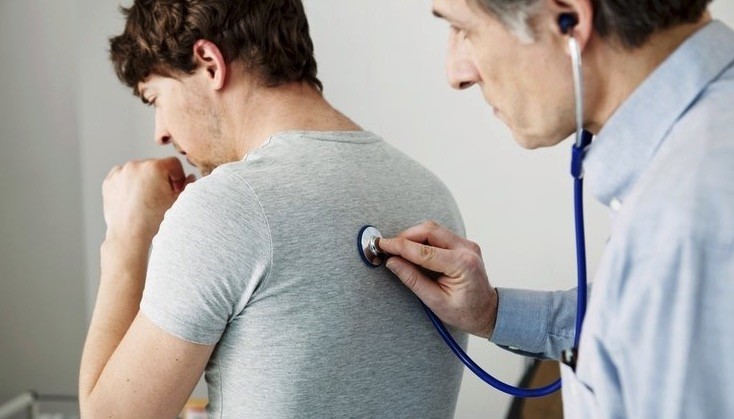 The list of harmful effects that smoking causes to the body is very long and the lung disease known as chronic obstructive respiratory disease is one of the leading ones. In order to protect yourself from such illnesses, you only have one option and that is to quit smoking

Lung cancer, cardiovascular disease and chronic obstructive respiratory disease (COPD) are the leading illnesses caused by smoking. This bad habit also invites many types of cancer, bronchitis and emphysema, osteoporosis, problems during pregnancy, gum diseases, the risk of paralysis in the brain, skin disorders and gastric ulcers. This list may be even longer.

For smokers, the risk of lung cancer increases 15 times, throat cancer 16 times and mouth cancer 10 times. There is only one conclusion: You should stop smoking now.

Secretory channels start to be unable to perform their duties properly and dryness develops. This causes the formation of phlegm. Phlegm begins to accumulate after a period of time. For infection and similar reasons, bronchitis and emphysema develop in the long term. Progression of such respiratory diseases causes severe shortness of breath and consequently COPD. Research shows that smoking increases the possibility of COPD development by 15 times.Another known danger of smoking is that it causes paralysis due to vascular occlusion. The poisonous substances that destroy the vascular structure in cigarettes cause clotting in the blood. Clotting is the main reason for paralysis.

Chronic obstructive respiratory disease is a progressive and chronic disease which brings problems such as shortness of breath, difficulty in breathing and cough together with itself as the clean air taken into the lungs cannot be absorbed enough due to the obstruction of alveolus, which is called bronchitis, and enough oxygen cannot reach the tissues.

Experts warn that asthma and COPD should not be mistaken for each other although they have similar symptoms. While asthma can be seen at any age, COPD is mostly seen in individuals aged over 40 and in long-term smokers. With an appropriate treatment in asthma, the patient can fully recover. However, the patient's condition in COPD may never fully be treated. Triggering factors for asthma include smell, pollen, cat and dog allergies etc. Occupational exposure, smoking and air pollution are among the triggering factors in COPD.

Smoking main cause of COPD 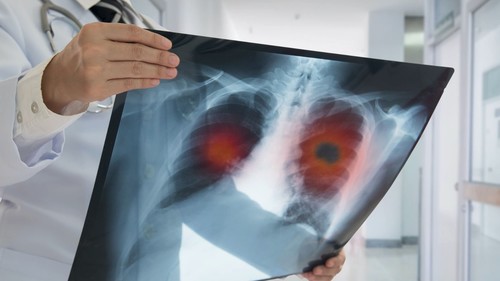 A patient is diagnosed with COPD by physical examination, test results and symptoms.

Symptoms of COPD, involving asthma, chronic bronchitis and emphysema, include fatigue, shortness of breath, chronic coughing that occurs especially in the mornings, phlegm, wheezing, chest tightness, excessive sputum spitting during coughing, swelling of the feet or legs and even a blue tone on the lips and nails.

Apart from smoking, inhalation of harmful gases, exposure to chemicals and dust and air pollution are among the causes of the disease. Although COPD is commonly known as a male disease, women have this chronic lung disease more according to research from Harvard Women's Health Watch published in 2014. In fact, the death rate caused by COPD is higher in women and it makes up more than half of these deaths.

Smoking is the main cause of COPD, and COPD is a lung disease involving both chronic bronchitis and emphysema. Patients generally suffer from difficulty in breathing and a chronic cough.

Research shows that women's lungs may be more vulnerable to the toxic effects of cigarette smoke than that of men. Women suffer more severe lung diseases at earlier ages and they have a higher death rate due to lung diseases than diabetes, Alzheimer's and breast cancer. Researchers highlight the the anatomy and estrogen hormones of women are the cause of this.

Protect yourself from COPD

COPD treatment has two main objectives. The first is to cure or to reduce the symptoms of the disease while the second is to slow the progression of the disease. Today, there is no treatment option to eliminate COPD or cure it completely. However, avoiding smoking prevents this disease to a great extent.

Stop consuming alcohol and quit smoking because they are the most important risk factor for both men and women. Smoking is responsible for 90 percent of deaths caused by COPD. The basis of the treatment of this disease is to remove all kinds of tobacco products from your life. In patients who do not quit smoking, the medications given during the treatment do not help adequately. Besides, the symptoms of the disease gradually increase, decreasing the quality of life of the individual if smoking continues. Apart from cigarette smoke, inhalation of chemicals that can irritate the respiratory tract and air pollution may also increase the risk of problems in your lungs.Ventilate your home often. It is well known that diseases are most commonly transmitted by your hands. For this reason, you should pay attention to the cleanliness of your hands and do not forget to wash your hands frequently.Make sure the environment in your house is adequately ventilated. Regularly open windows to keep the air clean inside and certainly do not allow smoking in the house. Get rid of items such as carpets and curtains, which are especially prone to becoming dirty and dusty.

Stay away from sick people because microbes in lower and upper respiratory tract diseases are easily spread by sneezing and coughing. They are contagious.

When you breathe, these viruses or microbes can easily be transmitted to you. This may make your situation more severe. Therefore, do not let your guard down in diseases like the cold or flu and consult a doctor. These diseases, which can be a lot easier to overcome for healthy individuals, may cause further worsening of the current situation in COPD patients. From time to time, patients may need to stay in the hospital. What is more troublesome is that sometimes it can even lead to death.

Maintain a healthy and balanced diet. Prefer less and frequent meals instead of stuffing yourself with food. Keep away from foods and beverages that cause gas as much as possible as they may increase the complaints of shortness of breath. In addition, patients should consume plenty of fluids.Do not forget to exercise because regular exercises can help relieve symptoms. Exercise can strengthen your breathing muscles and heart, help you fight against depression, lose weight, and even help your body use oxygen better. Do not exert yourself while exercising. A 30-minute walk three days a week will be enough for you.

See your doctor because frequent checks are important. Your doctor can monitor the course of your disease and the effects of medications. If necessary, they can give you new treatment options. There is no definitive treatment for this disease but a correct treatment can help to control the symptoms of the disease and delay its progression.