A month of Jazz: Festivals in Istanbul, Bodrum, Urla and Antalya 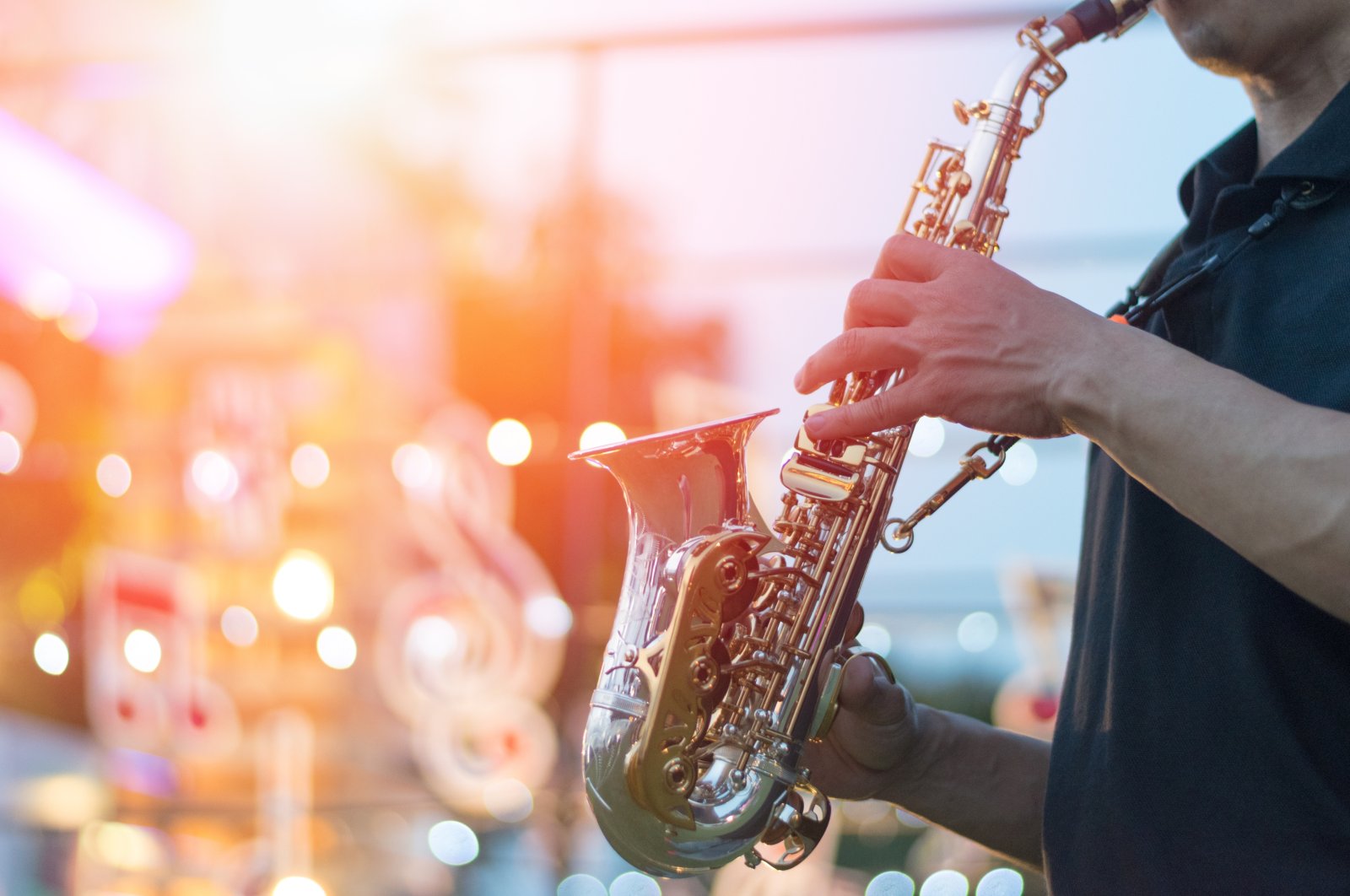 Turkey’s top destinations will be hosting an impressive array of artists from Turkey and abroad in September. (Shutterstock Photo)
by Leyla Yvonne Ergil
Aug 31, 2021 8:59 am

Get ready to groove this September as Turkey’s top destinations will be hosting an impressive array of artists from Turkey and abroad in spectacular venues as the country’s top jazz festivals kick off this month in Istanbul, Bodrum, Urla and Antalya.

In Istanbul, the IKSV Istanbul Culture and Arts Foundation will be hosting the Istanbul Jazz Festival, which will take place from Sept.1 to 24 in various parks, open-air theaters and other impressive musical venues such as former Ottoman palaces scattered throughout the city. Some of the highlights will include shows at Habitat Park, Sanatçılar Parkı, Kalamış Park and Göztepe Park as well as the lakeside open-air stadium in Küçükçekmece, Beykoz Kundura, the Beylikdüzü Valley of Life (Beylikdüzü Yaşam Vadısi), the Ottoman Feriye Palace and the Marmara Esma Sultan Yalisi in Ortaköy and of course the Harbiye Cemil Topuzlu open-air theater. For those who don’t know, the Beylikdüzü Valley of Life is a beautifully landscaped hilly park with ponds and sculptures on the western end of the city.

This festival not only highlights different Turkish jazz collectives but a number of Turkey's leading pop and alternative performers will also make appearances such as Kenan Doğulu, Karsu and Mabel Matiz as well as a number of international performers such as Angelique Kidjo for “An African Odyssey."

Beykoz Kundura is a former Ottoman shoe factory that has been transformed into a spectacular entertainment venue, which will be hosting imports Arlo Parks and Geeva Flava.

Bodrum is hands down Turkey’s most popular vacation destination and it was recently included in Time’s list of “World’s Greatest Places in 2021.” September is a great time to visit as hopefully some of the summer crowds and temperatures will have subsided a bit and a very special jazz festival hosting top-notch Turkish and foreign acts will be taking over the town.

This will be the fifth Bodrum Jazz Festival (Bodrum Caz Festivali) and it kicks off this Wednesday, Sept. 1 and will run until Sept. 11. The roster includes some of Turkey’s most esteemed musicians, namely: Erkan Oğur, Ayhan Sicimoğlu, Sibel Köse and Neşet Ruacan and the festival will include jazz music workshops and exhibitions. But what is most exciting about this year’s event is the unique locations where the festival will be taking place.

The Bodrum jazz festival kicks off on Sept. 1st, with a performance by the Kerem Görsev Trio, who will be joined by Muğla Municipality Orchestra conductor Münif Akalın for a very special opening concert that will take place at Bodrum Castle. This concert alone offers a great opportunity to check out the 600-year-old medieval castle-turned-museum, which reopened last year after three years of renovation.

The bulk of the festival will take place at the Dibeklihan Culture and Arts Village (in Turkish Kültür ve Sanat Köyü) with nightly performances by musicians such as Sibel Köse and her Latin project, Eylul Çekirge and her unique electronic live show, qanun virtuoso Tahir Aydoğdu, Elif Sanchez and the Mauro Sigura Quartet. On Sept. 10 there will also be a special brotherhood concert by Greek musician Petros Klampanis that will be broadcasted live on the Dibeklihan Culture and Arts Village YouTube channel.

Situated in Yakaköy, the Dibeklihan Culture and Art Village is a beautiful stone multi-level complex that has art galleries, shops and a restaurant and regularly hosts events such as concerts and open-air film screenings.

One of the highlights of this year’s festival is the inclusion of a series of jazz music workshops on Monday, Sept 6. The first will be a jazz guitar workshop led by Neşet Ruacan and the second will be a knowledge exchange on maqams on fretless guitar held by none other than Erkan Oğur. This renowned musician is the pioneer of the instruments, inventing the first fretless classical guitar in 1976. Regularly considered Turkey’s top guitarist, he is actually just as much revered for his mastery of the bağlama. Nonetheless, luckily for music lovers, earlier this year, the Erkan Oğur Müzik Okulu, a music school led by the musician himself as well as others, which is devoted to teaching traditional Turkish instruments, opened up in the heart of Bodrum’s Gümüşlük and is where the workshops will be taking place.

Perhaps the most exciting event to take place during the festival will be a performance by Ayhan Sicimoğlu & Latin All Stars on the evening of Sept. 8 at Anthaven Aspat. This should be a special treat as Ayhan Sicimoğlu is a beloved travel program presenter and musician who puts on a legendarily lively show.

Brought to you by the creators of Port Alacati, Bodrum’s beautiful Aspat beach has been transformed into Anthaven, a beautiful residential, water sports, dining and shopping area equipped with an inlet to moor private boats. The newest luxurious edition to the town is also the new neighboring Radisson Collection, which also happened to get a mention in Time’s spotlight on Bodrum.

Urla is a lovely town and coastal area situated in between the city center of Izmir and the holiday hot spot and windsurfing haven of Alaçatı. The season there continues this month with a series of wonderful musical happenings. Starting on Thursday, Sept. 2, will be Urla Jazz Days (Urla Caz Günleri), a three-day event held at Humans Urla, which is a garden stage in town. Turkey’s leading jazz contenders, Kerem Görsev, Sibel Köse, Fatih Erkoç, Önder Focan and Ipek Dinç, are just some of the great names set to grace the stage.

Not to be confused with Urla Jazz Days, the Urla Jazz Festival is a whole separate three-day festival taking place from Sept. 17 to 19 at Sultanlar Vadısı, which is a forested valley equipped with creeks overlooking the town in what is a spectacular slice of nature. This festival will have beloved vocalists Birsen Tezer and Elif Cağlar as well as the Anatolian psychedelic rock group Baba Zula also joining the bill. In fact, this festival will have approximately five performances by spectacular musical outfits each day.

Mark your calendars for Antalya

Later in the month, Antalya will be hosting the Antalya Akra Jazz Festival, which will take place from Sept. 25 to Oct. 9. Some highlights at this festival include performances by saxophonist Ihan Erşahin and Fazıl Say as well Russian saxophonist Igor Butman joined by jazz vocalist Fantine and the Moscow Jazz Orchestra and the angelic vocalist Elif Cağlar’s group Sonic Boom.