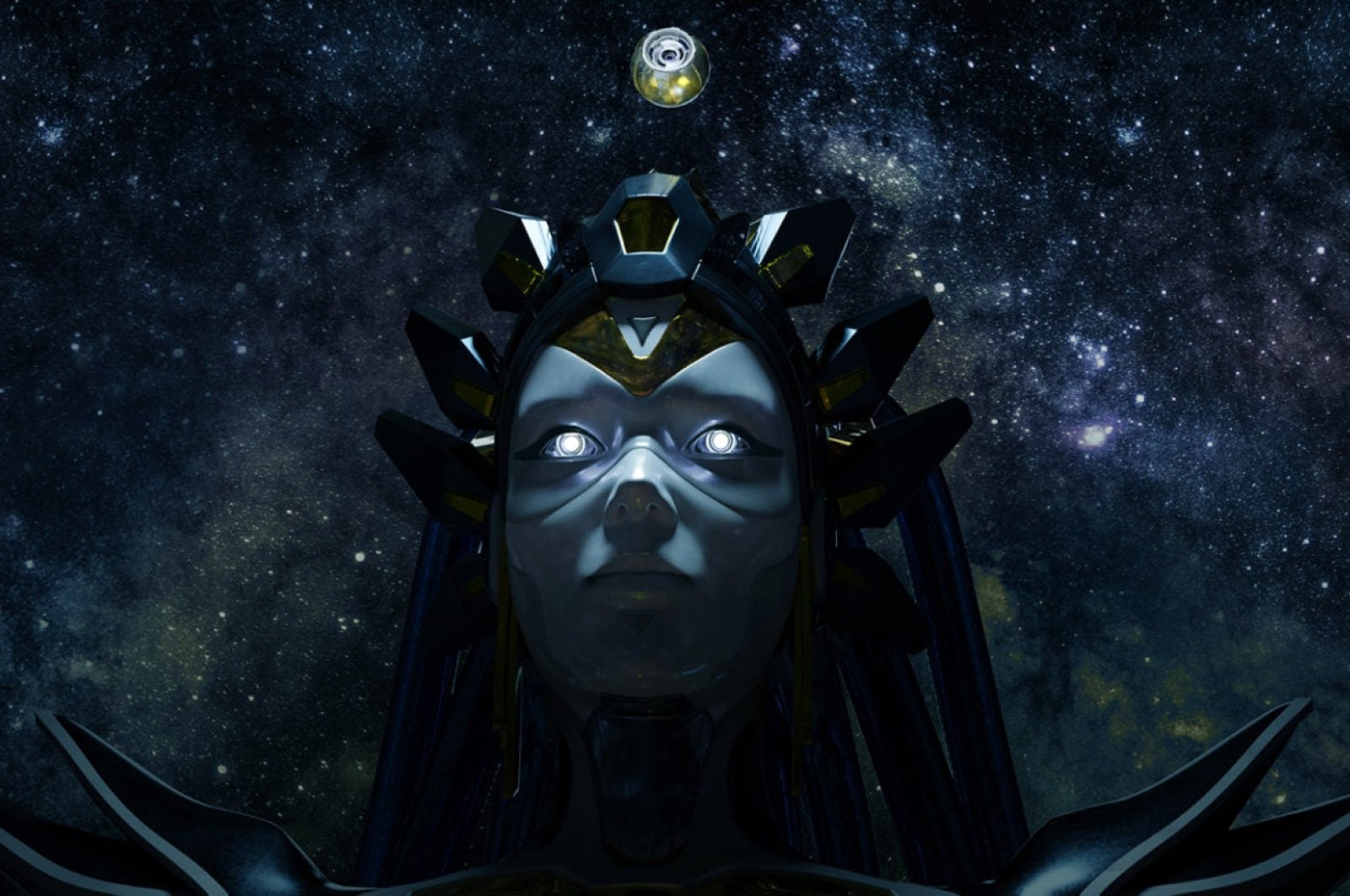 Turkish game developers have made a name for themselves, especially in recent years. This week, we talk to the mastermind behind a very ambitious game titled Angelic

Developing a game is, without a doubt, a process characterized by “blood, sweat and pixels,” as veteran journalist Jason Schreier puts it. Regardless of how arduous the process is, certain strong-willed individuals manage to endure it to create something new, unique and worthwhile for all gamers to enjoy. And that is true for Erkan Bayol, the managing director at Metaverse Studios, an Istanbul-based game company.

He and his relatively small team of indie developers are behind the highly ambitious, narrative turn-based strategy role-playing game (RPG), set in a dystopian science-fiction universe. It's so good that it's hard to believe that the game is being developed by a passionate crew of indie developers. The game is so well put together, one could easily mistake it for a million-dollar triple-A title.

Ironically, Bayol has a slight issue with this perception.

“There is this misconception that Angelic is a high-budget title. Normally, it should have been a high-budget game when you take into consideration its caliber. Of course, that’s a good thing for us, but we don’t have such a budget,” he says, emphasizing his team’s hard work and their sacrifices to make it happen.

“We are proud of what we have achieved so far,” he says, which includes having finished a staggering three hours of gameplay in less than a year. That’s beyond an incredible achievement for an indie studio, as many triple-A games with six-figure budgets are released with less than 10 hours of playtime in story mode.

Bayol went into detail about the game’s mechanics and general structure when I asked whether he considered Angelic to be a purebred RPG.

“Role-playing is a very prominent feature of Angelic. We put it this way: it is half RPG and half turn-based strategy. Angelic is the middle ground between RPGs such as Mass Effect and turn-based strategy games like Gears Tactics,” he said.

“Of course we have our own special formula. We have our heroes who are very powerful with regards to character. We have paid attention to the smallest details with regards to the features of our heroes. They have different aims, motivations, thoughts. Those heroes, who accompany the player throughout the game, react to the player’s moves accordingly. That also means we have a hardcore RPG at hand, the storyline of which is shaped by the consequences of the player’s actions,” he said.

Later on, I asked him the obvious: whether the game featured skill tree mechanics. The answer was a resounding “yes.”

“They all have their different skill trees. For example, there are characters who only heal and do not like to harm people, and there are others who are much more belligerent and dark in nature. These distinctions also help the game’s strategy side, which makes use of the different features of these different characters,” he said.

Bayol further added that, like any other pure RPG, taking better advantage of the characters’ own abilities will yield better results in fights.

Environmental factors are also very important when it comes to war strategy.

“It will be important and useful to properly use the characters’ abilities and the geographical features of the war grounds. If a player fails to make use of the environmental features, their life will obviously be harder,” he said.

“We are trying to find a balance between RPGs and strategy games. We should also make sure that the game is not too complex and hard to learn. We have put much effort into this. But at the end of the day, we are developing an RPG/strategy hybrid with our special formula,” Bayol added.

When I asked about the universe Angelic is set in, Bayol told me that Angelic is a sci-fi game at its core, but that it has its own special features.

“There are more fantastic sci-fi franchises like Star Wars and there are more scientific ones like Star Trek, which envisions a much more scientifically correct universe. Ours is a sci-fi game that wants to remain as scientific as possible. In addition, we also have a dark theme,” he said. Later on, he pointed to the differences between the Lord of the Rings series, which portrays a universe in which there are stark contrasts between "good" and "bad" characters, and Game of Thrones, where characters are more complicated and the line between good and bad is more blurry.

“For example, Lord of the Rings has Sauron, which is pure evil. Nevertheless, in Game of Thrones, there are many ‘gray’ characters as opposed to staunchly ‘white’ or ‘black.’ This is what I personally prefer,” he said. Bayol said that Angelic leans more on the “Game of Thrones” side, making it more difficult to so easily differentiate between good and evil.

The game is set in the real world but takes place in the very distant future.

“We are talking about the 2700s and 2800s. Of course, fantasy has to take a role in envisioning such a distant future but it’s not fantastical with regards to the universe. Angelic does not take place in a fictional timeline and universe such as the Lord of the Rings’ Middle Earth. It takes place in the real world, albeit hundreds of years from now,” he said.

“The world has entered a second dark era where states have collapsed and corporations take the reins as humanity tries to rise from its ashes,” he said. People are cogs in mammoth corporations, not citizens of countries.

“We also have neo-humans which were created by those corporations in the first place. As humanity rises from its ashes, it now targets space with the globe already in ruins. But there is an obstacle: our own bodies, which cannot sustain life in space. Our bodies, which have evolved to live on Earth, are not compatible with living in space,” Bayol stated. Conflict arises in the game when one of these big corporations creates a much more durable Neo-human, which is only met with backlash from other corporations over concerns that these creatures will dominate life on Earth.

“Later on, other companies forcefully get involved in the neo-human realm and enslave them, prompting an uprising and consequently a war to be won by neo-humans. But for reasons unbeknownst to the player, the neo-humans withdraw from the globe. While corporations back on Earth are propagating against neo-humans, they return and that’s where the game’s story kicks off,” he added. Wow, what a storyline.

“The player won’t know the exact details of the story. The player will have died as a human and be reborn as a neo-human, and that’s where the plot begins,” Bayol explained.

“We will have no idea as to why neo-humans have returned and continue to learn the specifics later on,” he said.

“That fungus originating from space is highly contagious in nature and takes control of whoever it infects,” he said, adding that they took inspiration from the real-world Ophiocordyceps, which turns ants into fungus, prompting their bodies to explode.

“We have also made it such that it infects via radiation, the most commonly found source of energy in space,” he said.

“When it infects a planet, it takes control of it. We also have to struggle with this in the game,” he said, emphasizing that there are many layers to the story.

“When the Goddess permits”

Angelic now has a Steam page and is open for wish-listing. It also has a witty phrase for a release date: “When the Goddess permits.” So I asked him the specifics.

“There will be early access for sure. But there are obstacles ahead of us. There are investors interested in our game but we need to find the right one, be it a publisher or an investor. With that said, I think that the process will get faster if we find the right one but I think there are between 1 1/2 years to 3 years until the game releases,” he said, adding that the timeline might change according to a potential publisher’s or investor’s demands.

Bayol also said that they are planning to bring the project to Kickstarter, the popular crowdsourcing platform. He called upon gamers excited by the game to wishlist it on Steam to help push Angelic forward in terms of development and investment.

“First of all, we are trying to create a brand. We want as many people as possible to get to know Angelic, so we are targeting all platforms including PlayStation, Xbox, Nintendo Switch and others, including next-gen consoles. But now, we are focused on developing the game for PC, from which transitioning to Xbox is easier,” he said.

Bayol further added that the game runs on Unreal Engine, which supports all platforms.

“We will go all the way to Linux and Mac versions, and even mobile phones,” he said, underlining the horsepower modern mobile devices have.

Looking at what it promises, my guess is that Angelic is set to be a hit among RPG and strategy lovers alike. Seeing Turkish game developers achieve such feats provides a sense of pride, and I hope to see more Turkish-developed titles on the market.

Personally, I cannot wait to play Angelic and experience its multifaceted storyline, dazzling visuals and promising mechanics. Until then, I'll wishlist the game to encourage Mr. Bayol and his team to carry on.