Bicycle tour with kids: Here is how to prepare 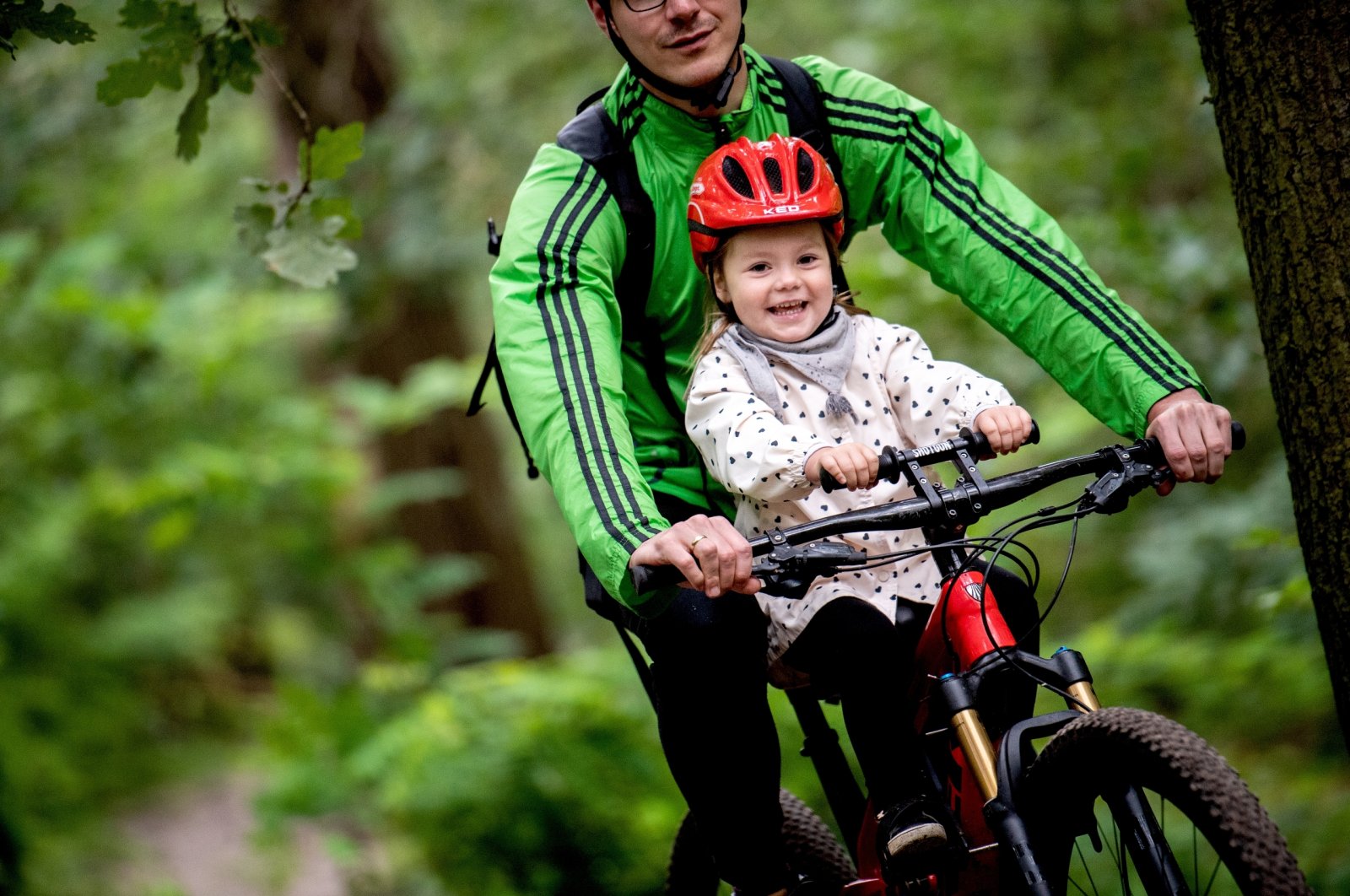 If there's one thing a bicycle tour with children needs, it's preparation. This is all the more true if you're not just headed to wide paved paths but to cycle tracks over hills and dales.

Is there anything to say against taking the kids on a tour? Nothing, of course. On the contrary, somewhat bumpy terrain will actually train their coordination and feeling for bikes.

To make it more fun for everyone, here are five tips for easy and advanced mountain bike tours with kids.

Mountain bikes are widely available for children and it is important to make sure that the bike is light, according to bike specialist Thomas Geisler. "This makes it more maneuverable and easier for children to ride uphill."

Suspensions are often a waste of time. They make the bike heavier and are generally impractical: "The child often weighs too little for suspensions to be of any use."

If you want to save money, you can look for used models online. Children's bikes are also rarely used for more than two to three years, because by then the child will have outgrown the bike, so you're likely to get a bike that's in decent shape.

For toddlers, there are also balance bikes suitable for off-road use. However, your child won't be able to cover longer distances this way. Therefore, other solutions would be needed in this scenario.

2. Find a seat for your toddler

A frame-mounted child seat that is connected to the top tube of the bike can be a great option. It enables the child to experience the mountain bike ride from the rider's perspective.

We tried this out with a model from the New Zealand manufacturer Shotgun. It is designed for 2 to 5-year-olds weighing a maximum of 22 kilograms (48.5 pounds). There is an optional mini handlebar that is mounted in the middle of the adult handlebar so that the child can hold on tight.

My 3-year-old daughter had a lot of fun on the seat. The cycling experience was safer than it might seem because the seat had extra handlebars and footrests. The child is also supported by the fact that they sit between the legs and arms of the rider – a bit like sitting in their parent's lap.

There are two disadvantages though: You can't ride down very steep and dangerous roads with the child on the frame seat, for one. If you fall, the child falls too, so a little caution is advisable here.

Secondly, the child can't just fall asleep while riding if they get tired, as there isn't much support for their head. For this reason, it's a good idea to plan for nap times.

Another third option would be to have a trailer with you where the child can sit. These are also available in off-road versions and many models can fit more than one child.

If you want to cover a lot of distance and have a tight schedule, it's better to set off solo, because these kinds of trips are usually not much fun for children.

A good tip is to plan the tour along with fixed points. For example, you could first stop at the climbing tree in the forest, then at the riverbed, afterwards at the ice cream parlor, and the last and final stop at the playground.

If it does get too exhausting for the child, there are tools that can help. So-called tandem couplings, for example. If necessary, the front wheel of the child's bicycle can be attached to them. If the child is too tired to ride on its own, they can rest and you can still move forward.

Another option for climbs is a tow rope. For longer uphill sections, this is an alternative worth considering. In a short practical test with my 6-year-old daughter, the use of such a rope worked quickly and without problems.

In the beginning, you don't necessarily need gear or tour plans. An hour or two of casual cycling in the forest is a perfect start to mountain biking together.

This way the children can slowly ease into it. Another tip is to visit bike parks. There are often children's areas where even the young ones can try out their bikes.

One important question still remains: What protective equipment does the child need?

A helmet is essential. When it comes to protectors for elbows, knees or the upper body, it depends on the size and ability of the children, says Geisler.

"With older and bigger kids, you can consider it when it comes to more challenging trails." For primary school kids, he would advise against adding protectors, as it hinders them too much.

What is always advisable in his opinion is wearing gloves. "They prevent abrasions in case of falls – and they will keep you warm."