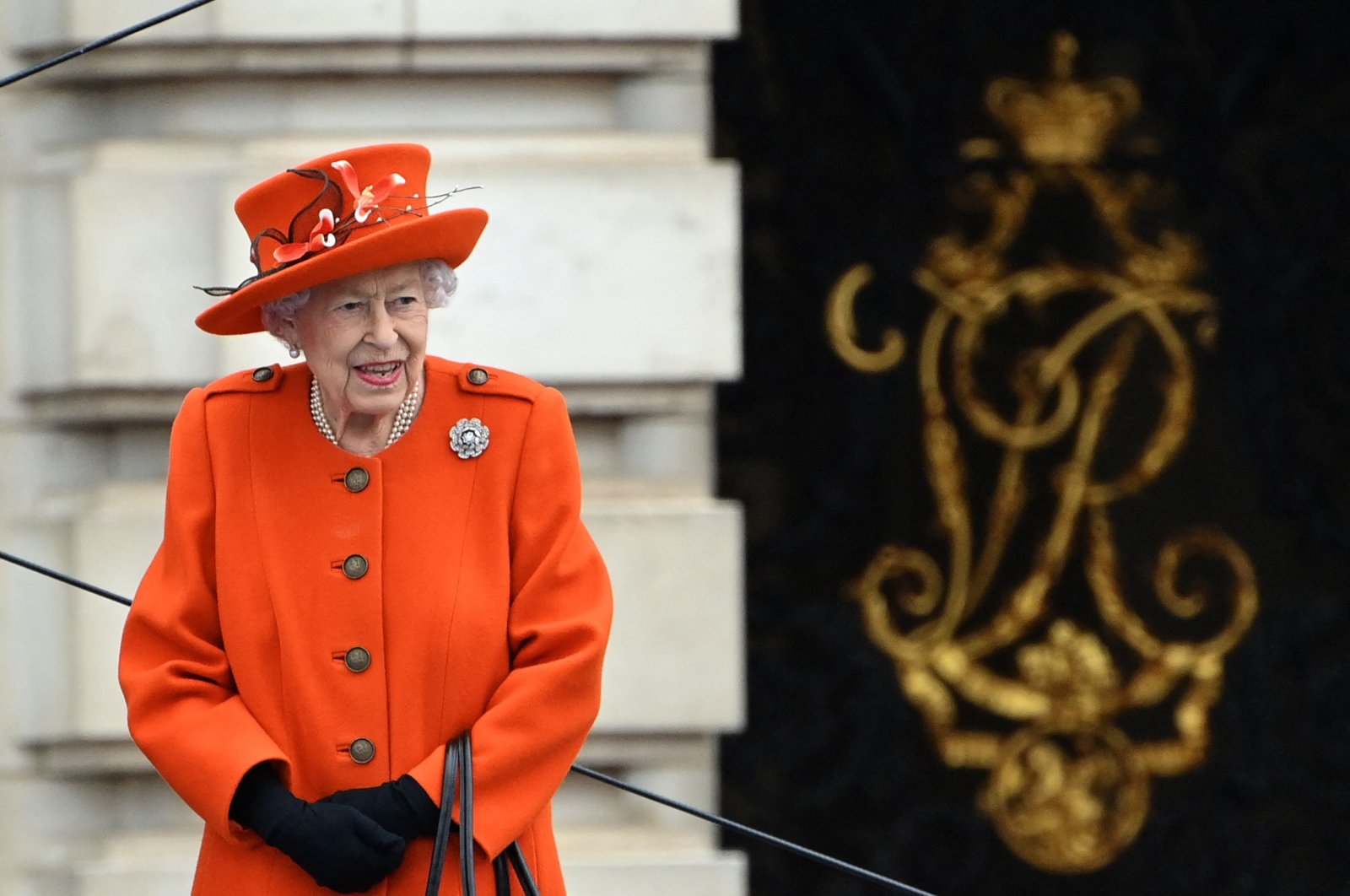 Britain's Queen Elizabeth II looks on during the launch of the Queen's Baton Relay for the Birmingham 2022 Commonwealth Games, from the forecourt of Buckingham Palace in London, England, Oct. 7, 2021. (AFP Photo)
by French Press Agency - AFP Oct 29, 2021 12:57 pm
RECOMMENDED

After spending a night in the hospital, the U.K.'s Queen Elizabeth II decided to take doctors' advice to slow down and cut back on engagements, leaving behind seven decades of relentless service.

The 95-year-old canceled her appearance at the U.N. climate conference, which starts on Sunday in Scotland, a rare move for the workaholic monarch and all the more telling given her personal commitment to environmental issues.

Buckingham Palace said she was "disappointed" to pull out but that the decision was taken following medical advice "to rest."

It also came as a blow to organizers of the U.N. summit, with the queen's star power sure to attract attention to any event.

"But I think it is a very sensible decision," Penny Junor, a royal family expert, told Agence France-Presse (AFP).

"It would have involved a long journey from Windsor to Glasgow, it was an evening reception and therefore especially tiring, but there is the additional risk of exposing her to COVID-19."

The queen took a step back from a busy month on Oct. 20, the day after a reception at Windsor Castle where she chatted with Prime Minister Boris Johnson and U.S. businessperson Bill Gates.

She spent the following night in the hospital, the first since 2013, where Buckingham Palace said she underwent "preliminary examinations."

The queen has since officially resumed "light duties," receiving two ambassadors by videoconference.

Royal watcher Richard Fitzwilliams said the monarch would only have given up a COP appearance "reluctantly" but added "clearly at 95, there are limits."

The queen is due to celebrate her platinum jubilee next year, marking 70 years on the throne, and was still in fine form in public recently, despite the loss of her 99-year-old husband Prince Philip in April.

She has been attending official engagements almost daily, similar to her pre-pandemic workload, since returning from her traditional summer holiday in Balmoral, Scotland.

This doesn't take into account her less visible work of reviewing government documents and conducting almost weekly meetings with her prime minister.

She made the headlines recently after being seen walking with a cane, and The Sun tabloid reported that she had also stopped walking her corgis in recent days.

The queen is reported to have stopped riding her horses, a keen passion, although plans to take it back up again after resting. She is also believed to have given up drinking alcohol.

"It is a bit of a turning point," said Junor.

"She has been working at the rate of someone 20 years younger, and I think the public needs to adjust its expectations and recognize that she is 95."

It is a sentiment shared by Britons interviewed by AFP.

The queen "needed to carry on working after the loss of her husband," said 68-year-old Suzanne Foutain.

But now "I think gradually she'll go further and further in the background and take the happy retirement which she deserves," she added.

"I'm a little bit worried," said Michelle Hall. "She needs to slow down."

"And where she does appear I would guess it will be as a spectator rather than at receptions where she has to work a room and meet dozens of people."

He pointed to the video address she gave to the nation that buoyed spirits during the darkest days of the pandemic.

She will address COP26 by video, but it will be her son Prince Charles, heir to the crown, who will deliver the opening in-person speech.

The 72-year-old prince, who lacks the popularity of his mother, has already been representing her abroad since she gave up foreign duties.

The queen will also be able to count on her grandson Prince William, third in line of succession and far more popular than his father.

But some of her subjects are still hopeful that the monarch will long rein over them.

"She is stronger than anything. She's got another few years left in her, most definitely," said 73-year-old Londoner Linda Smart.